Experts wonder whether Apple's Mac OS X will be the New Coke of computer-interface design. 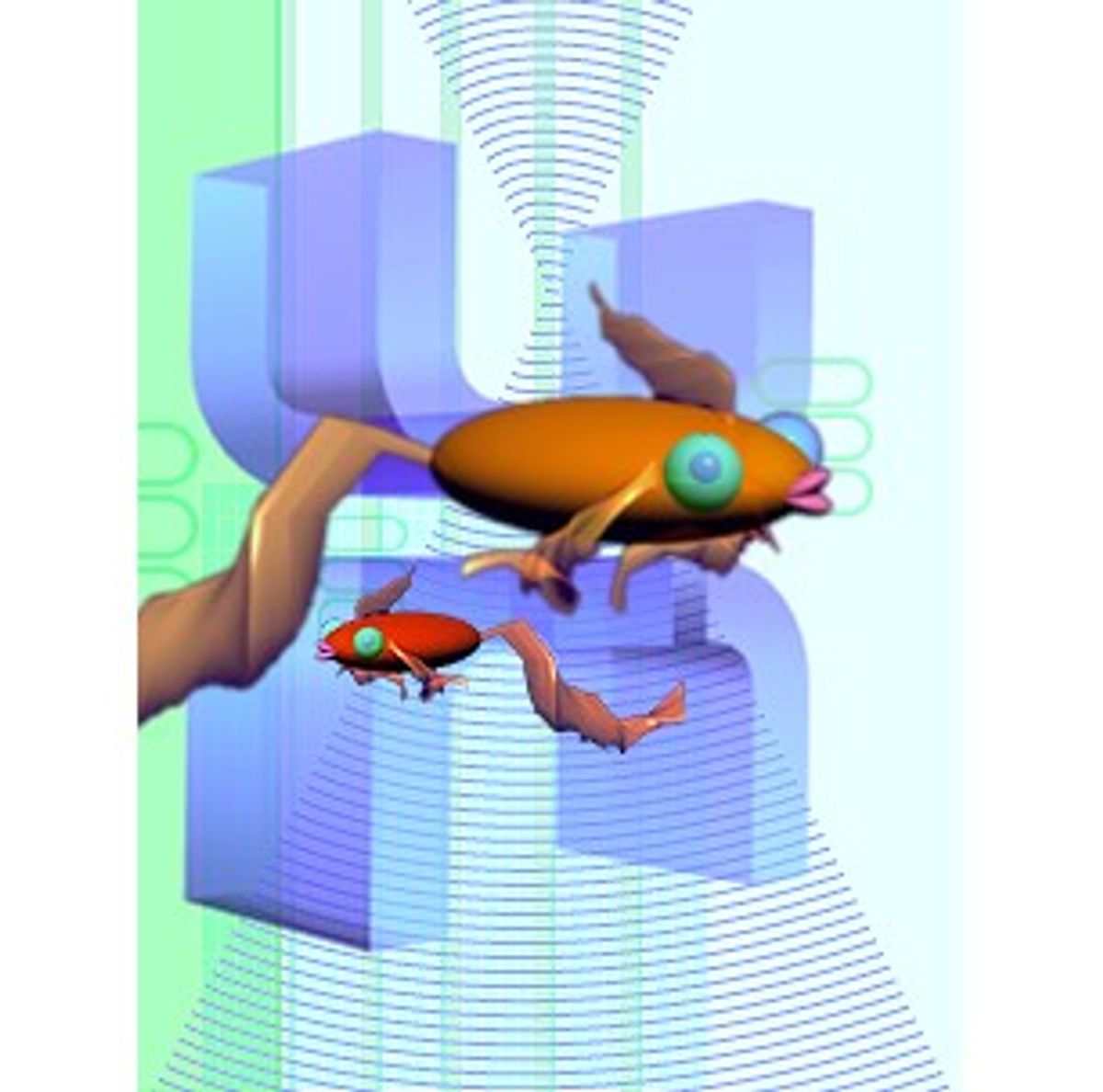 Even in Apple's darkest hours, during those months and years earlier this decade when it looked like the Macintosh was heading for the great dustbin of techno-history, Mac devotees kept hold of one secret weapon. Windows may have seized the vast majority of personal computer users' desktops -- yet every time a newspaper or magazine needed an illustration of a computer screen, it presented the Mac interface, with its familiar horizontal-striped window bars and system font.

The Mac screen's ubiquity in the media was no coincidence, nor was it some kind of poetic justice based on the Mac's groundbreaking role as the first -- and most thoughtfully designed -- graphic interface to click with a mass market of users. The Mac look became the face of computing in the media as a direct result of the simple fact that most design departments are Mac-based.

Macs have always made it easier for users to organize big archives of image files and to plug in peripheral devices like scanners and extra disks. And so artists and designers embraced the Mac early on -- and stuck with Apple even as they watched the rest of the world sign on with Microsoft. When they do a screen grab to illustrate an article, that's a Mac screen they're grabbing.

That familiar screen is going to change in some big ways with the arrival of the new Apple operating system that was previewed at Macworld earlier this month. OS X features a radically overhauled new interface dubbed "Aqua," after its translucent-blue hues. Aqua is, basically, an attempt to remake the Macintosh screen in the curvaceous-plastic iMac mold, and it nabbed most of the attention at Macworld.

To me, the bigger news is that Apple looks ready, finally, to roll a modern operating system out the door. When OS X becomes available this summer, it will mark the end of a nearly decade-long quest on Apple's part to fix the guts of the Mac OS. That quest took Apple on a number of detours, the names of which -- like Pink and Taligent and Copland -- compose a litany of missed opportunities and wasted resources on Apple's part. While Apple fiddled with failed partnerships and technological dead ends, its operating system -- the actual one we were all trying to use rather than the vaporous ones the media wrote about -- burned and crashed.

Sometime around 1997, I got tired of losing my data and wondering whether reinstalling MacOS version 7.5.3 revision 2 would help fix things. Like many others at the time, I reluctantly switched my daily work over to a Windows PC, though I kept a Mac around, too.

The good news about OS X is that it has been rebuilt from the ground up, and it finally drags the Mac into the modern world of preemptive multitasking and protected memory (so that when one program goes down it doesn't take the whole computer, along with everything you've been working on for hours, with it). With improvements like that, who cares about translucent gummi-bear colors?

Steve Jobs does, among others. He told the crowds at Macworld that the new stoplight-style green, yellow and red window buttons on Aqua "look so good you'll want to lick them." But it's not just Jobs-the-savvy-marketer who's eager to focus on the new operating system's look-and-feel; interface design has long been the house religion at Apple. It was the Mac's superiority in this area that always gave Mac fanatics their best reason to look down their noses at Windows users. Every time I try to click on a resize-window button and, missing by a few pixels, close the window by accident instead, I share their disdain.

So it's understandable that the new Aqua interface should come in for some hard scrutiny. Aqua's pretty, but how will it feel to live with it? Does it really improve on the Mac design we know and love? Watching the cute icon pictures of the new "dock" dance across the bottom of the Macworld demo screen, I couldn't help thinking that Apple may be making some bad choices of flash over usability.

Interestingly, that's pretty much what Apple's former design guru, Bruce "Tog" Tognazzini, said in a critique of Aqua he posted last week. If Apple isn't careful, Tog warns, its OS X could turn into a New Coke-style fiasco -- with an offering that appeals in superficial taste-tests but fails the test of long-term use.

The OS X that Apple unveiled at Macworld is a great demo, Tog writes, but leaves lots of important questions unanswered: "OS X, as it is being presented, is filled with lots of pretty pictures, enabling the well-rehearsed Demo Dolly to dance around the interface to the delight of the audience ... What Apple has so far done is to dip the 10-year-old NextStep interface into the 20-year-old Lisa-Macintosh interface, then cover the lot with a thin, candy shell. "

Looking beyond the pictures, you might wonder, as Tog does, exactly how Apple plans to replace the Finder -- the Mac's basic file-management tool, which is being retired. You might look at the beautiful "dock" and wonder how useful it will be in finding your way through a dozen open documents you're working on. You might wonder whether the nifty "see-through" translucent dialog boxes will make it hard to read file names.

Tog is one of the few real experts in the field of interface design, and his comments on Aqua are worth reading in full -- though they will no doubt inspire a barrage of abuse from the "Steve Jobs is God and the Mac is his holy scripture" contingent. Intelligent criticism of interfaces and information design remains a fledgling field, despite the efforts of writers like Steven Johnson and experts like Edward Tufte to extend and popularize it. Any instance of it in action -- applied to actual new technology products rather than confined to the lab, as it so often is -- is worth our attention.

Tog acknowledges the sheer beauty of Aqua, and applauds many of the innovations it introduces -- like tying dialog boxes to the window they're associated with instead of leaving them floating center screen. But he asks tough and important questions about the changes Apple is making to the beloved Mac interface.

One of those questions, curiously, is whether Aqua's emphasis on "fizz" is part of a move on the company's part toward the general consumer market -- and away from its hardcore user base among graphics and design professionals. "Overall, the interface is too obtrusive for professionals," Tog writes. "It is difficult to work on your own graphics when Apple's graphics are constantly demanding your attention. If Apple is interested in regaining the professional market, it will need to supply a softer, more neutral 'skin' than the Aqua we've seen."

In raw bottom-line terms, Apple probably has some strong reasons to favor consumers over professionals. Certainly, the success of the iMac -- despite its nearly useless mouse and keyboard -- has pointed the company in that direction, and the consumer market is potentially much huger, though lower-margin, than the little world of designers.

Of course, it's those designers who choose what images represent the on-screen universe to the general public. Will the Mac interface still be the standard representation of the computer screen in media of the future? Can Aqua take its place on magazine covers and newspaper front pages? We'll know by next year.