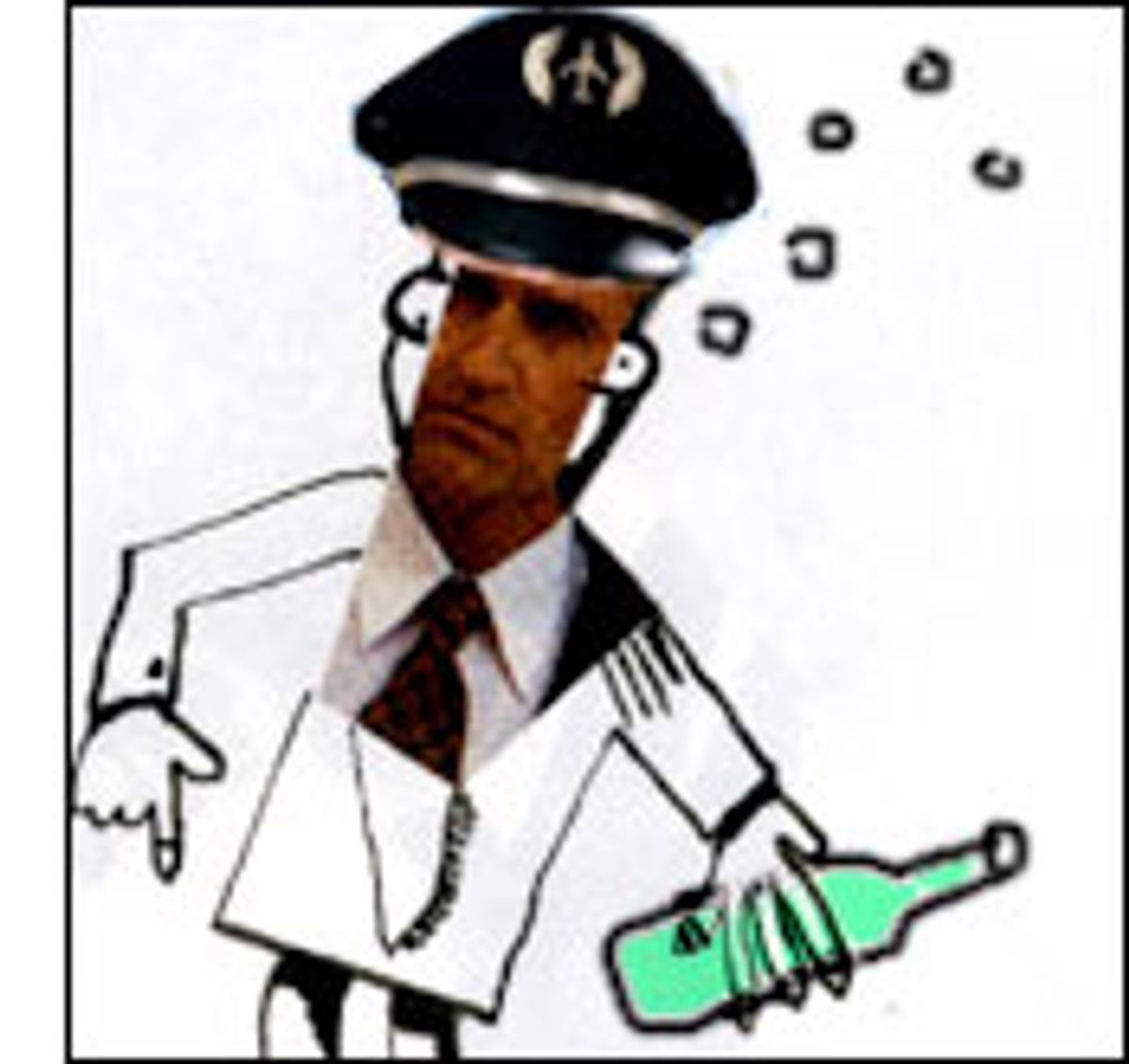 He was on a movable passageway when security officers at Amsterdam's Schiphol Airport spotted him: a Moroccan man in a pilot's uniform, who appeared to be having trouble walking. They stopped him, and he indicated that he was heading for the departure lounge and his Royal Air Maroc flight back to Morocco.

Since he was to be the plane's captain, military police at the airport asked him to take a breath test. The pilot objected, but when the cops refused to let him go, he eventually agreed. His blood-alcohol level measured four times the legal driving limit for Holland, according to a BBC report.

The pilot's response? Slurring, he asked to be allowed to return to his plane. Luckily for the 125 passengers waiting on board for him to fly them to Tangiers, Schiphol's officials declined and slapped him with a 2,500-guilder fine ($1,150 U.S.).

The passengers were transferred to hotels for the night, and the following day, the plane, with the now sober -- and hopefully, sobered -- pilot at the controls, took off. The pilot's name has not been released.

Post-it to pilot: Virtually all airlines have strict regulations prohibiting pilots from having alcohol and drugs -- including even many prescription drugs -- in their systems when they fly.