While scholars snip that travel writing doesn't merit inquiry, students like a vocation that screams vacation. 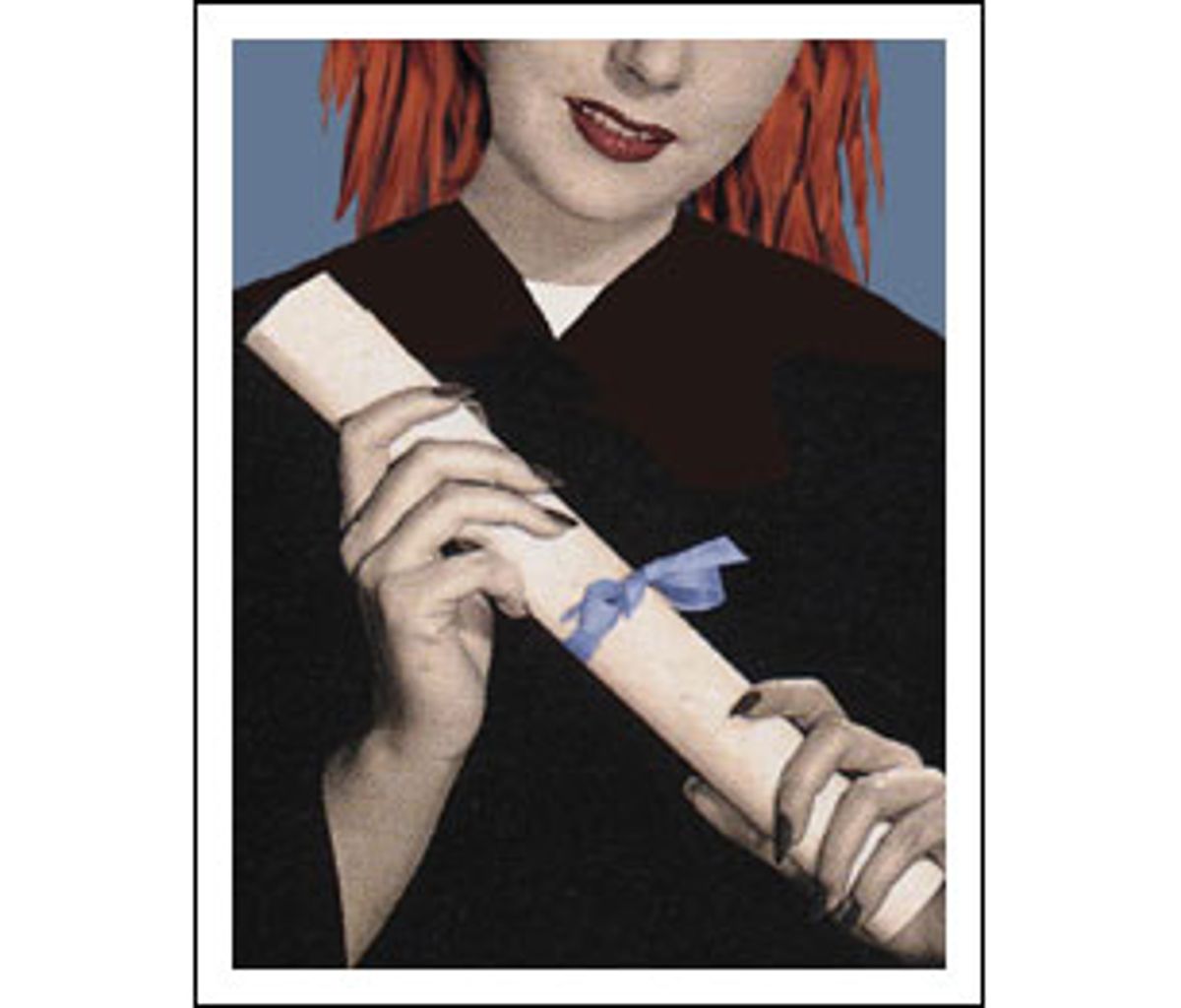 This semester, I am teaching my first graduate level seminar in travel writing. Go ahead, snicker if you will, but I happen to love this oft-maligned genre. And I have always believed it worthy of critical inquiry. But during our first class the other day, my students immediately -- and wholly inadvertently -- raised the same issues that always dog travel writing, and made me see once again why it continues to suffer from second-class citizenship in academe.

After I went through the semester's syllabus and briefly discussed the reading and writing expected of my students, I asked them what notions of travel writing they were bringing to class. The students began speaking about guidebooks and glossy magazines, and I quickly learned that few of my students had read much of the literature of travel -- no Graham Greene, no D.H. Lawrence and no Paul Theroux. That wasn't a big surprise and I could hardly blame them. For years, travel writing has been treated within English departments like the redheaded stepchild of literature, and rarely does a travel book garner a mention on a course syllabus.

But our discussion suddenly took another turn. One student raised her hand and said, "I'm sure the Graham Greene stuff is all very rich and interesting, but what pays better, that or the guidebook stuff?" The line of questioning continued from there: "How do you get magazines to assign you travel stories?" "Do magazines pay your expenses?" Above all: "How do you make a living as a travel writer?"

These types of questions aren't uncommon. At least weekly someone whom I've only just met wants to know how much money I make writing about travel. They're questions that would be clearly inappropriate to ask of anyone in almost any other profession, but mostly I forgive because people have always had a fascination with the travel writer's seemingly fantasy life of leisure.

There is, however, one group of people I don't forgive for asking these sorts of questions: my colleagues, the scholars in the fledgling academic field now called travel studies. These are the people who have a real stake in how travel writing is perceived and judged, and in how seriously it is taken. But the inability of many scholars to get beyond the banal issue of money -- as well as the unfortunate disdain some of them feel for actual travel books -- will chronically plague their sincere efforts to raise travel writing into the realm of serious academic study.

Like women's studies or gay and lesbian studies before it, travel studies is an interdisciplinary topic that pulls together scholars from literature, culture studies, history, anthropology, sociology and even departments of travel and tourism. Many credit Paul Fussell and his 1980 critical study, "Abroad," with making travel a compelling and respectable subject for literary scholarship. Fussell's book gave an obituary for travel writing and offered the work by British travelers between the wars as the last great heyday of the travel book.

Already there have been two major travel studies conferences in North America. The University of Minnesota hosted the first, Snapshots From Abroad, in 1997. The University of Pennsylvania hosted the second, Writing the Journey, in June 1999. Each was well attended by more than 100 scholars, and a look at the conference papers would indicate that we have a veritable boom of fresh academic inquiry. Some paper titles: "Class and Tourism in the 1820s: The American Tourist Guidebook"; "Narrating 'Other' Times and Spaces in a Postcolonial Age"; and "Exploring Liminality: The Spatial Politics of Travel and Gender Identity in Lady Mary Wortley Montagu's Turkish Embassy Letter." Or my personal favorite: "V.S. Naipaul and the Lure of the Redneck."

At first glance, it would seem that travel studies had all the makings of a wildly trendy new field for the lit-crit set, with plenty of unclaimed texts ripe with evidence of post-colonialism, post-imperialism, patriarchy and other juicy stuff. Travel writing as a genre is rife with all the hegemony, diachrony and gender politics that contemporary scholars live for. Like all good academic fields, it has gained a nickname, "trip lit," which may someday gain as much currency as "chick lit" or "queer theory." But as of now, only a handful of universities and colleges offer trip lit courses within English or humanities departments.

So why hasn't travel scholarship made further inroads into our departments, or more important, our classrooms? First, analyzing travel books -- particularly 19th century travel books -- with post-colonial, Marxist, feminist, deconstructionist or psychoanalytic approaches can often be like shooting fish in barrel. Is it any great epiphany to learn that Victorian travel dispatches from the Congo, looked at with 21st century eyes, are imperialist or racist? Travel writers throughout history have been pretty openly insensitive and politically incorrect. As University of Minnesota professor Donald Ross said in his opening dinner remarks at the 1997 conference: "To travel somewhere is almost always to support someone and to exploit someone -- often the same person. We see it in the conference hotel, where we recognize that the men and women who wait on the tables are grateful for their jobs, yet are almost surely paid less than an adequate wage."

Then, there is the perennial debate over whether travel books are sufficiently "literary" or "artistic" to merit their own course. "I'm not sure that travel writing will ever be taught as a straight literature course," says Ross. "Travel writing is a popular genre that's supposed to be for popular folk. It's not an artistic genre. I think if you're looking for literary art, there's not much there."

But I would argue that the most pervasive reason travel writing is dismissed by scholars is the constant issue of money. Academics, quite simply, can't get beyond the fact that travel writers ply their trade for money -- as if they were the only writers or artists who ever turned a profit. It's basically the same issue that sidetracks my students, and the same question that nosy, smirking people raise at cocktail parties: How much money do you make as a travel writer? In society, there's often a primary interest in the travel writer's means, and a secondary interest in their actual writing.

"Travel writing can be an easy target," says David Espey, director of the University of Pennsylvania's writing program and organizer of the most recent travel studies conference. "It lends itself to the whole New Historicist approach." Scholars such as Ross consider the current vogue of the so-called history-of-the-book approach -- or the issue of how a book came into being -- to be a sound and valid approach for studying all types of literature, including fiction and poetry. In the abstract of his University of Pennsylvania conference paper, "American Travelers to England in the 19th Century, or Paying for the Roof on Our Old Home," Ross stated that "it's useful to suggest that the English travel books of Fuller, Taylor, Melville, Stowe, Emerson and Hawthorne were written partly for the money they could bring."

Since many a famous novelist of the past two centuries took a profitable stab at the travel book, travel scholarship has become mired in issues of commissions and expenses. The issue came up again and again at both conferences, and it has been a major component of the most recent high-profile book on travel writing, "Tourists With Typewriters: Critical Reflections on Contemporary Travel Writing," by Patrick Holland and Graham Huggan. On Page 3, Holland and Huggan ask, "Is it too cynical to suggest that many of today's travel writers are motivated less by the universal imperative of cultural inquiry than they are by the far more urgent need for another commission?" It is an issue Holland and Huggan return to repeatedly -- as if we should be more appalled when publishers pay for travel writing than when they pay for fiction or poetry or cookbooks. "It is no surprise, of course," write Holland and Huggan, "that most travel writers are reluctant to discuss their own financial motives, and to reveal the means by which they can afford their lives of relative leisure."

Notwithstanding the fact that most travel writers can't make a decent living to begin with, the suggestion that commissions or history-of-the-book approaches can lead us to enlightened dialogue strikes me as rather ludicrous. I don't recall D.H. Lawrence revealing how much money he made on "Sea and Sardinia." Should that affect our reading of the text?

I teach travel writing because its fundamental premise-- find a place, write about it -- is the most basic of writing exercises, and yet arguably the most important. I believe it to be an endlessly evolving genre, unlike the subject matter of many of my colleagues, who are stuck in the 19th century. "When something human is recorded, good travel writing happens," writes Paul Theroux. I try to convey this to my students in order to improve their powers of observation and description.

Travel writing is the genre of the epitomic moment. There are certain moments of interpersonal connectedness or disconnect that illustrate the glories and the impossibilities of understanding across cultural barriers. Many travel books, such as Bruce Chatwin's "The Songlines," have larger artistic strategies and goals, but more than anything else, travel writing is about recognizing the moment that is the epitome of everything the writer has experienced, and presenting that moment to the reader.

At various points during the University of Pennsylvania-sponsored conference last summer, travel writing was referred to as "the last refuge of the hack" and "nothing if not formulaic." Travel writers were called "talentless freeloaders" who were asked to "unlearn their habit of mapping the world as 'other.'" Holland, the coauthor of "Tourists With Typewriters," delivered a paper in which he said, "Travel writing, it is suggested, is reprehensible in its insensitivity, obsolete and, in the age of globalization and virtuality, redundant."

Yet the most telling session took place during a panel called "Travel Writers Talk About the Trade" with Thomas Swick, travel editor of the Fort Lauderdale Sun-Sentinel. With the conference room packed, Swick delivered a nuanced presentation about the complexities, subtleties and problems in contemporary travel writing. Swick finished and the floor was opened for questions from the audience. Hands shot up from scholars, some of whom had only hours ago delivered papers criticizing travel writers for their attitudes on race, gender and class and, of course, questioning what unholy financial motives they concealed.

"What's the best way for someone to submit a travel story to your travel section?"

"How long should a manuscript be?"

"How much does a newspaper generally pay for a travel article?"

Jason Wilson is the series editor for Best American Travel Writing (Houghton Mifflin). He teaches in the graduate English and publishing program at Rosemont College.