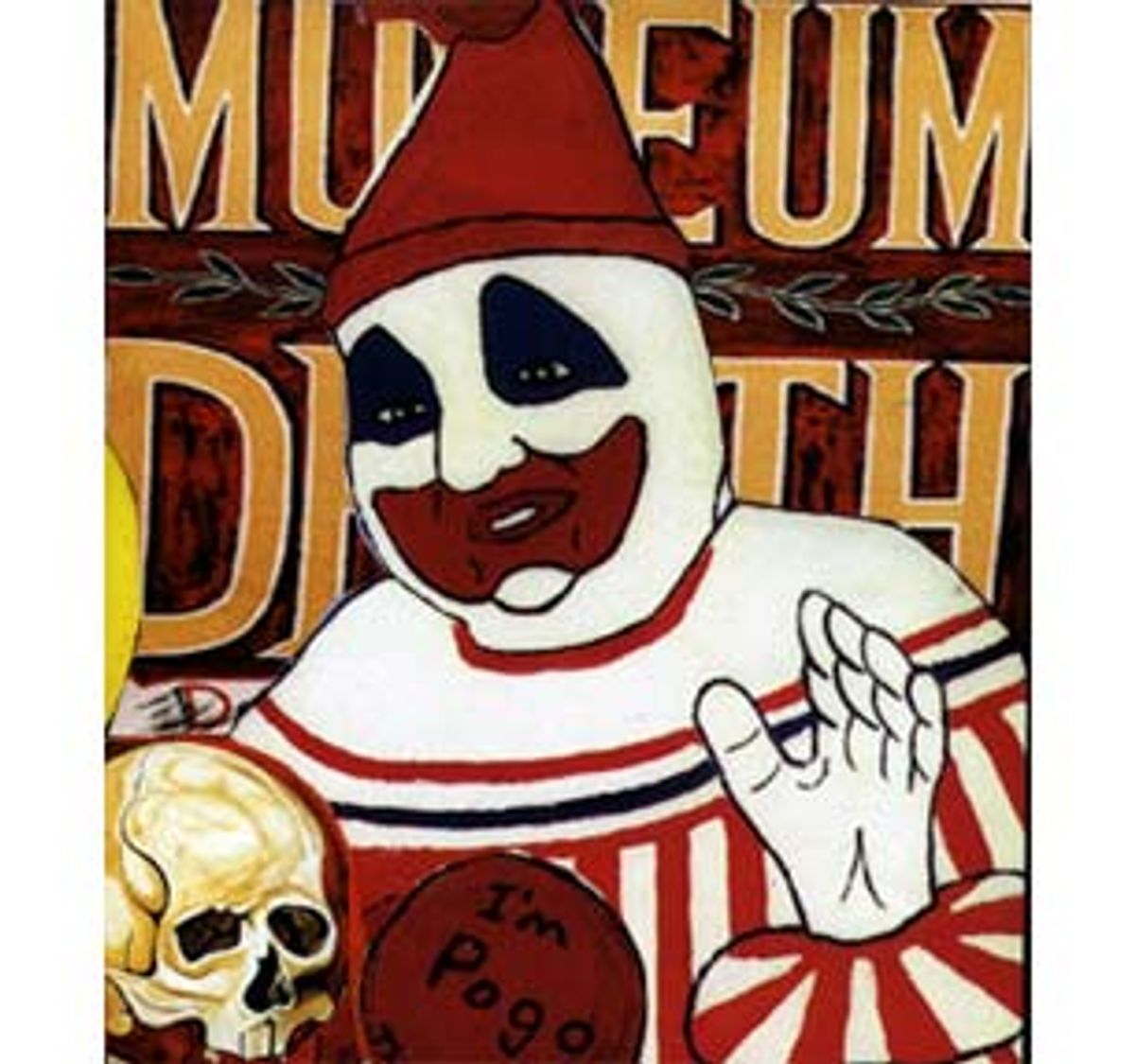 No, this isn't an "Addams Family" yard sale. These are but a few of the artifacts on display at Los Angeles' new Museum of Death, located on Hollywood Boulevard, within walking distance of such Tinseltown landmarks as the Capitol Records Tower and Musso & Frank Grill.

Formerly ensconced in an old mortuary in San Diego's Gaslamp Quarter, the museum lost its lease in October and was forced to relocate. As proprietors Cathee Shultz and J.D. Healy were already planning to open a Los Angeles branch of their popular San Diego attraction, they decided to move their entire collection of death-related memorabilia to L.A. The museum opened to the public on Jan. 1, and a grand opening celebration is planned for Feb. 14 in honor of Chicago's St. Valentine's Day Massacre.

"L.A. is the No. 1 place to be in the entertainment world," explained Healy, 38, a thin, affable fellow in a blue Dodgers cap. "For us, it's great. If we did well in a conservative city like San Diego, imagine what we can do in a city that'll embrace us."

"People in L.A. are much more cultured than in San Diego," continued Healy, while hurriedly putting the finishing touches on various macabre exhibits. "San Diego's a military town, and this is Hollywood. People in L.A. are open-minded. That's why we're here."

The museum's holdings are immense and eclectic, including such impressive items as a scarlet and red Laotian bier, a working guillotine and a bloodstained T-shirt worn by a murderer while being executed in the electric chair. The collection grew out of an annual art gallery show, consisting of serial-killer art and letters, organized by Healy and wife Shultz.

"One of our hobbies was to write to serial murderers and collect their art works," said Shultz, 37, an ebullient redhead who looks like she could be pitching laundry detergent on daytime TV. "When we put it up in our gallery, it was a huge success. Since our space was the site of an old mortuary, we decided to go ahead and open a museum of death."

In four years of operation, Healy and Shultz turned their museum into one of the most popular tourist attractions in San Diego. On a good day, as many as 200 visitors passed through its doors. But when the owner of their building decided to sell, he gave Healy and Shultz notice -- the museum wasn't seen as an attractive tenant to prospective buyers. So the pair loaded up their truck and headed north to L.A., where just about anything freaky looks right at home.

With 16 rooms in an area twice the size of the original, the museum has plenty of space for large installations. One room is dedicated to the Jonestown massacre, complete with an inspirational -- and rat-chewed -- card that once belonged to the Rev. Jim Jones. To the left of this stands an eerie Heaven's Gate diorama, showing two dummies dressed in the requisite black Nikes with purple shrouds, lying on an authentic, white bunk bed purchased at an auction of Heaven's Gate members' effects.

Across from Heaven's Gate is perhaps the most chilling display: Serial-killer art from the likes of Richard Ramirez and John Wayne Gacy, as well as from lesser-known mass murderers such as Lawrence Bittaker and Doug Gretzler.

From Ramirez, there's a black-and-white drawing of a refrigerator with dismembered limbs and a fattened, smiling rat, as well as one of a horned beast with a mouth full of sharklike teeth. He signs both, "Richard Ramirez, The Night Stalker." From Gacy, there's the ghoulish red-and-white painting of Pogo, in addition to a painting of a gray skull with a red clown's hat and a blue, ruffled neckpiece.

Gretzler's art is the most intricate of all. Gretzler admitted killing 17 men and women in a murder spree across Arizona and California and spent 22 years on Arizona's death row before being executed in 1997. During his time in prison, he fashioned a complicated shadow box with 24 small compartments, occupied alternately by miniature paper windmills and figurines engaged in various sexual positions. Supposedly, any airflow causes the windmills to spin and the figurines to hump away merrily.

Shultz said she finds corresponding with serial killers and collecting their art fascinating.

"It's interesting that something of the same species that I am could go around and systematically kill people," said Shultz. "But I have a hard time killing a bug. I wanted to find out more about their psychological profiles, and that's why I started writing to them."

Some murderers she found repellent, some charismatic and some simply pathetic.

"Otis Toole, who I corresponded with for many years, was legally retarded," she said. "It was like writing to a second-grader. They were very noncomplicated letters, asking about my family and how the weather was in California -- very innocent. And yet this guy was supposed to have killed John Walsh's son Adam and decapitated him."

"Then there's Richard Ramirez. He writes like a cool dude. Reading the letters, it seems like he's an OK guy. It's so weird when you read their letters and then put it next to the book describing what they've done."

This is exactly the odd juxtaposition the Museum of Death offers visitors -- serial killer art next to crime-scene photos. A doll that once belonged to Jeffrey Dahmer, for example, sits beside newspaper accounts of his atrocities. Even the museum's gift shop follows this pattern. Coffee mugs with skulls and the phrase "Have a nice life" are sold next to books such as "Becoming a Successful Mass Murderer or Serial Killer" and packs of trading cards with pictures of "Friendly Dictators."

This disjointed approach to a rather morbid subject matter catches one off guard. Both shocking and informative, creepy and entertaining, the museum succeeds in its pop-culture melange of all things related to shuffling off this mortal coil. Suddenly death, the most taboo topic of all, is a source of intrigue and wonder.

"I get a great sense of life when I see death," said Shultz. "I know that every day is so precious. More than likely I'm going to live to old age. The odds are there. But even a hundred years is not a long time in the great scope of things. So we try to reinforce that life is good, live it."

In keeping with their new locale, Shultz and Healy have plans for a special exhibit on celebrity death. The exhibit would be a collaboration with cult historian and filmmaker Kenneth Anger of "Hollywood Babylon" fame.

Will they actually get their hands on famous corpses?

"Maybe someday I'll get a dead body, and I'll have enough money to refrigerate it," said Shultz. "But as of now, I don't."