At the heart of my Orient Escapade, R-o-n briefly fluttered by. 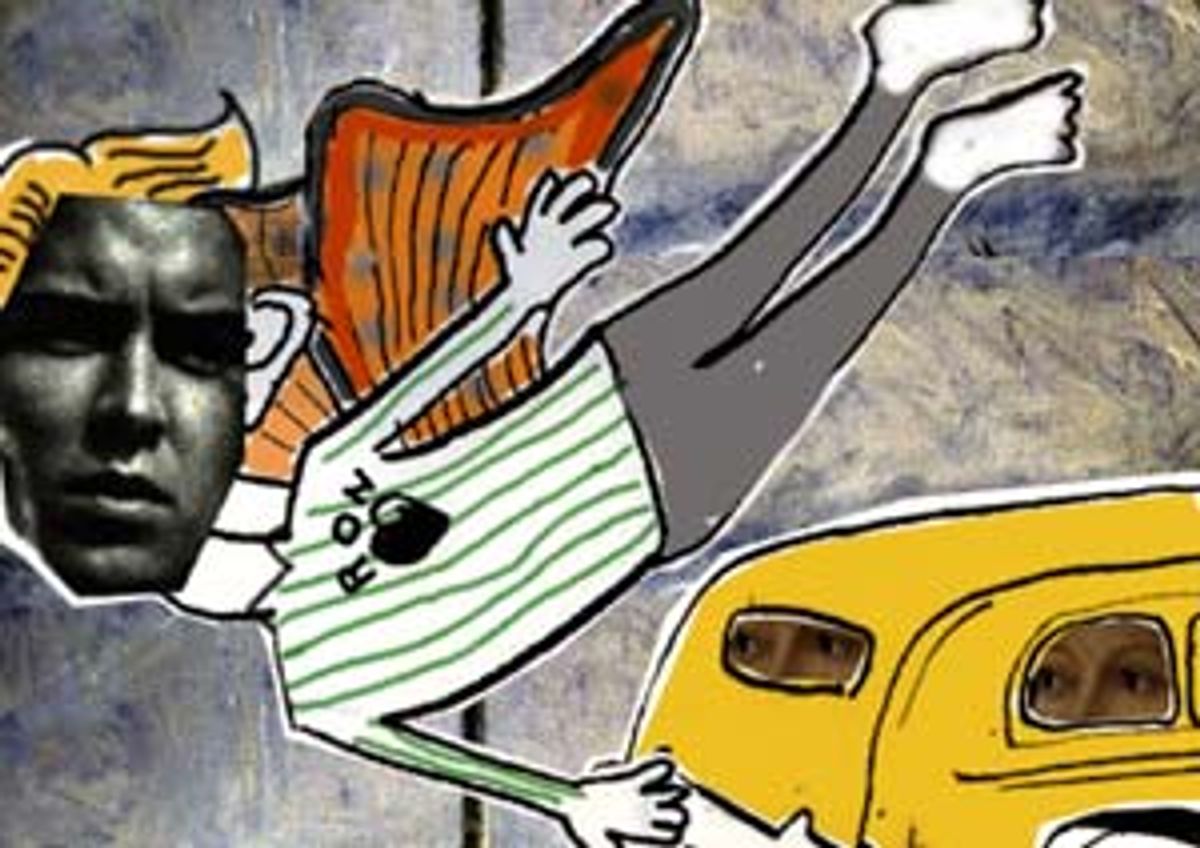 His real name has tones and diphthongs and unaspirated p's. It sounds piquant and fluttering, the way he pronounces it, his voice guarded and clandestine. Quickly then he'll revert to the businesslike "Ron," a character that, clearly, he has created. Ron is a combination of police, priest, parent and pimp.

"Get into the temple," he might say, his language pragmatic and unadorned.

When I first shuffled down the chute and through customs in Thailand, I arranged my face to say: I am a writer and student of culture. Then I had my face add: I have slept on monastery floors, rubbed shoulders with shamans, observed factory workers amid the clang of their toil and studied the courtship songs of refugees.

There was the beaming Ron, wearing a crisply laundered white shirt with thin, green stripes, a small, brass name tag centered neatly on the pocket. His smile, which appeared to be absolutely genuine, was also instantly, guilelessly flirtatious.

"Ron!" I responded, a bit precipitously. His near-prissy physical brio (I quickly jotted in my journal) exudes machismo itself, deconstructed and distilled.

"Follow me," Ron chimed, and swaggered away, confident of my attention. I gathered my things and followed him, down halls, up ramps and around corners. I followed him to the accompaniment of "Bridge Over Troubled Water," a melancholy, duple-metered rendition strummed on a steel guitar. Through sliding glass doors I followed him, elbowing my way out into a fumey garage filled with restless, growling buses, waiting in the 2 a.m. neon glare at repressed throttle. I felt a quick stab of travel sadness. I was here. I'd never been here before. A door had stood open and now it was closed. Here I was. Wasn't I?

The only colors in the gaseous gray were purple clumps of gardenia garlands, reminiscent of leis, and the brilliant magenta of the costumes of the lei attendants, languorous, silk-swathed girls accompanied by camera-equipped boys. The sex trade! No, welcome teams, working the arrivals.

The camera boys wore the same green stripes as Ron, though not so nattily. They stood with the girls, an appropriate number of garlands draped over each girl's arm, at the open doors of the buses. Various toxins vied for space in the semi-enclosed area. As each panting, decompressing passenger waddled gratefully toward the steps of his or her designated vehicle, a girl would lasso him or her with a lei, saying "Welcome, sir (or madam)," with a quick fold of the hands to the forehead. Then the girl would stand next to this sleep-craving stranger, smooth cheek to rumpled cheek in a mini-position of intimacy, while a boy snapped a photo, redeemable later for U.S. $10.

I wanted to be a good sport about this. I wanted to seem unthreatened. I wanted to convey a stance that was not "anti," but "post": I'm beyond being ill at ease. That's what I wanted my stance to be saying. I wanted to match Ron's leading-man assertion. But I wasn't there yet. I ducked the photo, though I couldn't dodge the lei. Scuffling with my iridescent receptionist, I dropped several packages of peanuts I'd saved from the flight and also my journal, which I retrieved with a pounce. This awkward behavior created a catch in the smoothness of the whole maneuver, and my welcome girl's face became knit with the faintest of frowns.

Ron, though, rescued us, blessing the moment with his big grin and his constant smile, full of pleasure and professionalism. He exudes a male animus that the equally short Norman Mailer would kill for, I made mental note to write. Also a soft concern. And total authority.

"Everything is OK?" Ron cocked his head ever so slightly, interrupting his pattering discourse on the local language (difficult), the local people (always smiling) and the procedure at temples for using the "happy room," or bathroom (ask him, Mr. Ron). I nodded mutely, eyeing the leather sunglasses case he had strapped to his belt along with a black, collapsible umbrella, as compact as a billy club.

"Get into the bus," he smiled. I did, with no further struggle.

Floating over the city and toward my bed, I wondered: Had the cool fingers I'd felt on my arm belonged to the silky girl or to Ron? A faint sensation still lingered of just the barest moment of contact, like a moth brushing skin. As I slipped into a semi-dream, I became the moth and Ron my captor. Then Ron and the girl became entangled. He was wearing her silks and she his name tag. Then I was the girl wrapped up with Ron. I gave him back his name tag. It said "Ron." I put on my own. It said "Orient Escapade." As the bus sighed along, I went fully to sleep, convinced I'd finally arrived.