A sex icon takes stock in the aftermath of her devastating houseboat fire and finds satisfaction as a mermaid. 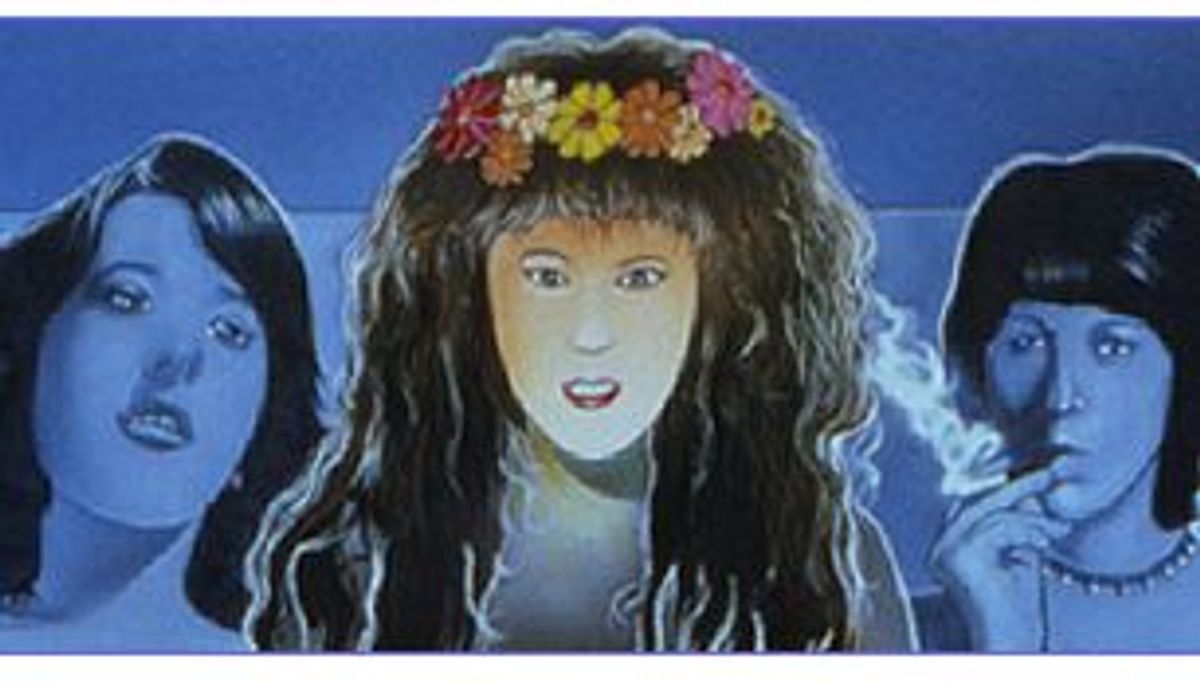 Based on a show that she has been touring for a few years, "Herstory" shows clips
from Sprinkle's 25 years of on-camera sex, starting in 1974 with "Teenage Deviate,"
and ending with the underwater torch pass.

Her sexuality shifted in 1991 to gain entry to the lesbian world when she made
"The Sluts and Goddesses Workshop," she says. Lately, Sprinkle's been exploring the
sexual side of yoga, conscious breathing, meditation and goddess/mermaid
identification. She's run through as many personas as Madonna. But she's not
trend-hopping; she's on a pilgrimage. "My evolution follows the chakras from the
bottom up," she explains. "It moves from the sex chakra to the heart and then
hopefully it becomes more spiritual."

The MC Sprinkle's relationship with her younger on-screen self is fascinatingly
fluid. For the first segment, MC Sprinkle plays an enthusiastic ingenue in
pigtails, a character like Terry Southern's Candy. "Isn't that a beautiful
camera angle?" she trills, watching herself suck a 10-foot-high penis. "You can
almost feel that big dick in your mouth." I'm puzzled by the sarcastic tone,
which jars with her anything-goes reputation. Isn't Annie Sprinkle someone who
appreciates a big dick in her mouth? What is she saying about her 20-year-old
self?

She sighs and answers, "I look back on those early movies, and I think I was such
a bimbo and such a part of the patriarchy and so superficial, only into the
physical parts of sex. So yes, I was making fun of it, but there's also something
I love about that person and that time when sex was just so physical and easy and
fun."

The segment ends with a film clip of Sprinkle being dragged and shoved
and slapped by four naked men. She's crying and screaming, and by
this point, you know she's not that good an actress. MC Sprinkle
confirms that "this scene got a little out of hand. ... After
that, I never had another rape fantasy again."

Though she became a lesbian about 10 years ago, Sprinkle retains her
regard for her johns, co-stars, fans and ex-lovers of every gender.
(She's been romantically involved with several post-op transsexuals.)
Last year, all that affection flowed back to her after the houseboat
she lived on burned down while she was out touring. Everything she owned burned, and both of her 15-year-old
cats were killed. She's had no permanent address since the fire, but
a friend sent out a mass e-mail telling of Sprinkle's plight,
which unleashed a flood of letters, e-mails, money and gifts from
friends and strangers.

A new lover also materialized from the ashes. A mysterious woman
(who, it turns out, was born a man) pulled up in a pink speedboat as
Sprinkle was sifting through the wreckage of the fire. This knight in
silicone armor asked Sprinkle if she could help, and they've been
together ever since. The group letter ends on an upbeat note, with
the two of them "making mermaid-love" on an island and Sprinkle
admitting that she's adrift in life, "doggy paddling around in an
enormous ocean of possibilities."

Sprinkle has several sex-related gigs now, yet I wonder if her mermaid
identification signals a move away from sex. Though they're alluring
creatures, how would you get busy with them? They're as smooth as
Barbie below the waist and don't even have legs to spread.

Sprinkle bristles at my denaturing her beloved archetype. "The mermaid's
whole body is sexual," she says with irritation. "She's undulating
and breathing and holding her breath and feeling the water all over
her. Look, I go out with transsexual people and I know there's a lot
more to sex than genitals."