Francine Prose issues a stern warning in the New York Times about market-driven pablum for women -- who are as silly, powerless and narcissistic as a gender can get. 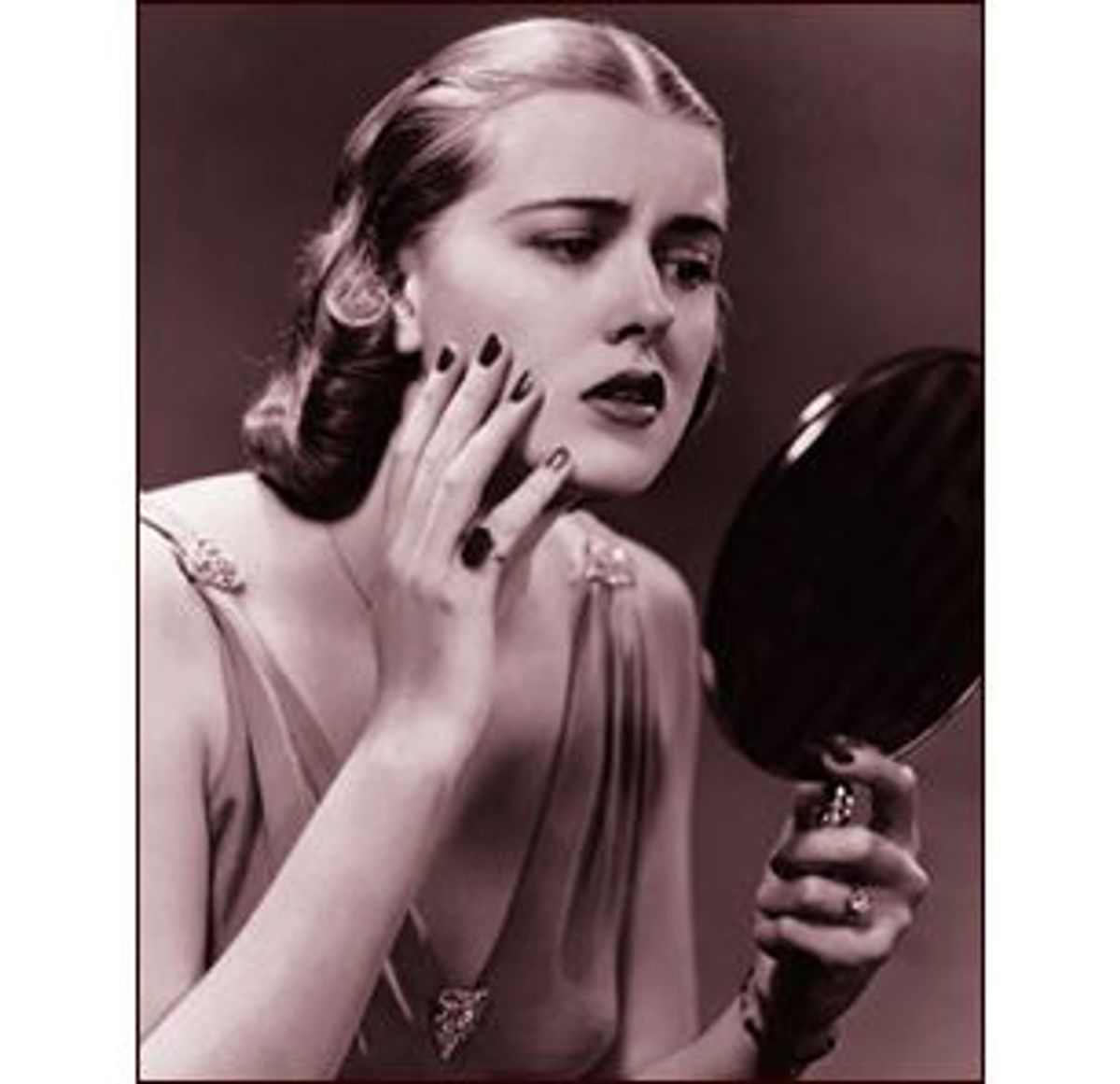 I've never met Francine Prose (though I really like her fiction). I've never seen her picture (but I talked with her on the radio once). Nevertheless, as I read her article, "A Wasteland of One's Own," in the New York Times Sunday magazine, I had a vision of her. I guess it was more of an aural thing. I could hear the infamous cry of "Titanic" director James Cameron as he claimed his Oscar, only screeched by a woman who was Francine Prose: "I'm the king of the world!" she cried. "I'm the king of the world!" (She might have said "queen," I can't remember.)

I was, at the time, recoiling from Prose's haughty screed about the perils of "women's culture," wondering if maybe she shouldn't get out more, learn to trust her comrades in gender, maybe turn off the TV. Her stern and patronizing warning that the frail ladies of our society are being brainwashed and exploited by authors of substandard literature and their evil, money-grubbing pals -- it rubbed me the wrong way. Where, I wondered, as many of us did when confronted with Cameron's narcissistic bellowing, does she get off?

To be fair, she does seem genuinely concerned. She has noticed that certain books, magazines, TV shows and Web sites portray women in an unflattering light and that the advertisers who prop up these media appear to want nothing more than these women's money. A sad and ugly cycle to be sure. But, dare I say it? Duh. This is birds-and-bees stuff. Someone needs to sit down and talk with Prose, maybe one of the women "staging these expensive inquests into the natures and buying patterns of their newly affluent sisters." Turncoats though they may be, these advertising gals have their eyes wide open.

I probably would have stopped at feeling pity, worried that, as a writer for the Sunday Times magazine, Prose had not noticed that her words would be wedged between ads and fashion footnotes that would seem to pander to what she calls "so-called women's interests" running "the entire gamut from cosmetics to child care, from personal grooming to personal relationships." But then she really pissed me off with a lot of maternalistic fretting and scolding about how women -- all of us presumably clueless, defenseless and lacking free will -- are victimized by this trend.

It takes a very special cerebral contortionist to complain bitterly about the demeaning tripe being offered women in the media and then explain that this is awful precisely because women cannot be trusted to know such tripe when they see it. Prose provides a calloused and unthinking flourish to the argument when she concludes that this offensive practice is made worse by the fact that this tripe is created solely to sell products that are somehow irresistible to women who are rendered powerless by flashing banner ads and other marketing enticements.

The stereotypical drivel to which she refers, which one can now find in every nook and cranny of the media, is "the equivalent of the slightly out-of-date baby formula that, through some regrettable corporate error, gets shipped to third-world countries." Oh man, this really gets me. Are we not women? Nope, we are underdeveloped and troubled lands, ignorant of the tainted nourishment being foisted upon us by corporate superpowers. If I only had a brain ...

I don't know about you, but I know when I'm being exploited, manipulated and demeaned. At least the crap that Prose refers to is plainly labeled. What do you do when, say, Oxygen cable claims as its "single purpose" to be "releasing the energy of women to do great things"? Run like hell in the other direction? Deride the whole endeavor with friends? Check it out with the knowledge that you can see these things without buying something against your will? Not so benign and unabashed is Prose's diatribe against media content that corrupts the fragile and empty female mind. Given the article's context and rich vocabulary, it even sounds good for about five minutes, what with the references to feminists and whatnot.

But then the essay devolves into a lecture that reduces women to creatures less discerning than house pets. And that hurts. Of course, the part about what women should be watching on TV and reading is kind of funny and we get some important insights into Prose's taste. It's a Prose-based "What's Hot, What's Not" kind of thing. "The Sopranos," for instance, is OK because you might learn something from it. "Providence" is not OK because it is "pure fantasy" and, God help NBC, it is not Prose's fantasy. "The Sopranos," says Prose, is not women's culture. "Providence," she says, is "a women's series."

And this isn't just about semantics. "Though no one will admit it," says Prose, "the prevailing wisdom is that women are stupid and narcissistic and desire childish, mindless entertainment." Well, it certainly is the prevailing wisdom at Prose's house. If she thought women were smart, independent and clever, she wouldn't have to worry so much about their welfare in the face of substandard media choices.

I can't argue with Prose about the junk out there. My job, and hers, is to offer an alternative. But whatever happened to a woman's right to choose? Is it really necessary to waste our time attempting to change people's minds about what women want when we could be actively seeking it, supporting it and getting on with our lives? Yeah, yeah, yeah, I agree that it is important to ask the big questions -- "queries that might actually affect women's lives," as Prose says. But we're never going to do that just because Prose thinks we should, just like we're never going to watch "A Wedding Story" on the Learning Channel or buy lipstick because SmartGirl.com or Oxygen thinks it would be fantastic if we did.

Maybe Prose just needs to be reassured. We women are going to be OK. We are not dippy vessels in need of retail therapy. We will not be drawn like zombies to cheesy and demeaning purveyors of "women's culture." If Oprah jumps off a bridge, we are not going to jump off a bridge.

If we do, Francine, you may banish us from the realm.