A breathless novel traces the footsteps of Langston Hughes and James Baldwin, but sidles around the topic of race. 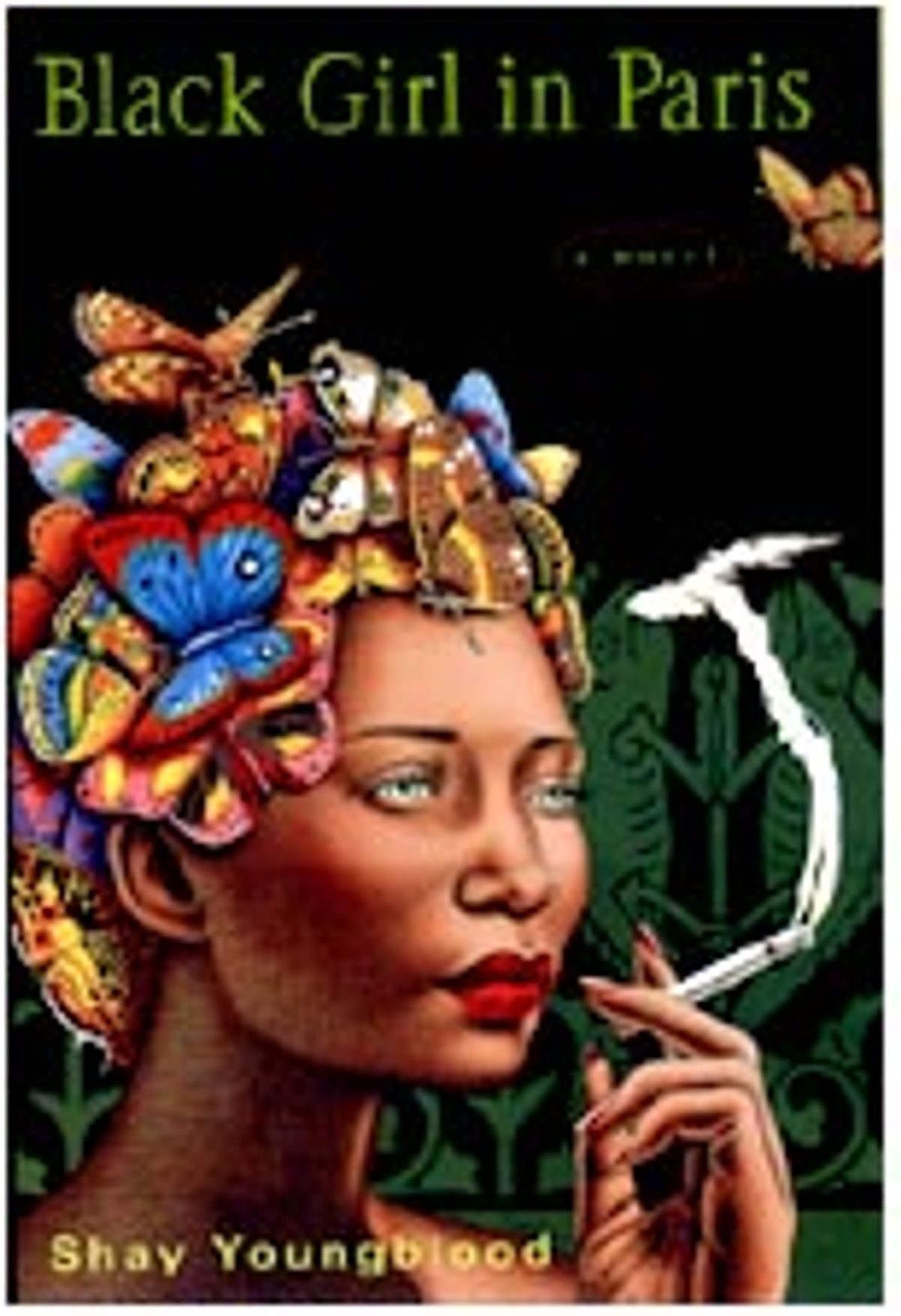 "Black Girl in Paris" is the story of a young woman's pilgrimage to the city that nurtured her literary gods, Langston Hughes and James Baldwin. Eden Daniel, the 26-year-old narrator, sets out from the American South to the French capital in search of love and language. She wants to be a writer and expects the metropolis that was muse to her creative forefathers to launch her in much the same way. In the first pages of the novel, she informs us that upon arriving in the Paris of 1924 in his early 20s, Langston Hughes had $7 in his pocket; that an equally youthful James Baldwin followed two decades later with $40 to his name; and that when she landed in Paris in 1986, there was $140 hidden between her sock and the sole of her shoe. "They dared to make a way when there was none and I want to be just like them," she writes. "This is the place where it happened. Where it will happen again."

The novel is at its best when it accentuates the contradictions Eden faces in Paris, the difference between the city's romantic image as a promised land where "being black won't hold me back" and "even the prisons ... are beautiful" and its reality in 1986. That was a year of terrorist bombings, student demonstrations and the mass deportation of African immigrants.

At one point in Eden's story, perhaps its most astute, she is strolling the square in front of the Church of the Sacri Coeur with her lover, Ving, a white musician from America, and Olu-Christophe, a Haitian exile who is seeking political asylum after fleeing the dictatorship of the Duvaliers. The setting, 100 steps above the city with a commanding view, captures all that is bewitching about Paris. Couples are huddled in the dark, candles burning from wine glasses and cigarette tips glowing. Artists are selling their paintings. Performers are singing, dancing, eating fire. And all this to the soundtrack of a Bob Dylan song.

Enter two policemen with their pistols poised at their hips. They demand to see passports. When Olu-Christophe has none to offer, they carry him off brusquely, shouting over their shoulders that they are taking him "a L'Afrique avec les autres singes" -- to Africa with the other monkeys. "This was a bad night to be a black man without papers," Ving observes.

The chapters of "Black Girl in Paris" each bear the name of one of the roles Eden assumes in Paris: Lover, Thief, English Teacher, Poet's Helper. And most contain, quite literally, a how-to list on performing the part well. The narrative of Eden's experience as an au pair, for instance, is broken by such admonitions as "Try not to lose the children" and "Don't kill the dog." The device draws attention away from the content of the story to its form, and for the most part it's distracting rather than clever.

Shay Youngblood is a lyricist, the winner of a Pushcart Prize for fiction and a Lorraine Hansberry Playwriting Award, but there are pitfalls when writers decide to tell us the tale of their artistic awakening. We might not be as interested in the process of their finding a voice as we are in hearing it speak, especially if the way is as littered with clichid bohemian characters as Eden Daniel's is. What's more, Eden's blunt desire to emulate, to follow in the footsteps of greatness, gives her story an eager, somewhat breathless quality that makes her journey of discovery seem contrived.

Race is as much the backdrop for this book as Paris, and I couldn't help thinking that Youngblood, whose prose has the rhythms and sensual detail of poetry, might have put her talents to better use by tackling this theme head-on. She might have skipped the account of Eden's writerly, self-obsessed quest for a subject and gone straight to her subject instead.

Gaiutra Bahadur is a reporter at the Austin American-Statesman.