Why was a pneumatic Victoria's Secret model chosen as the embodiment of the French Republic? 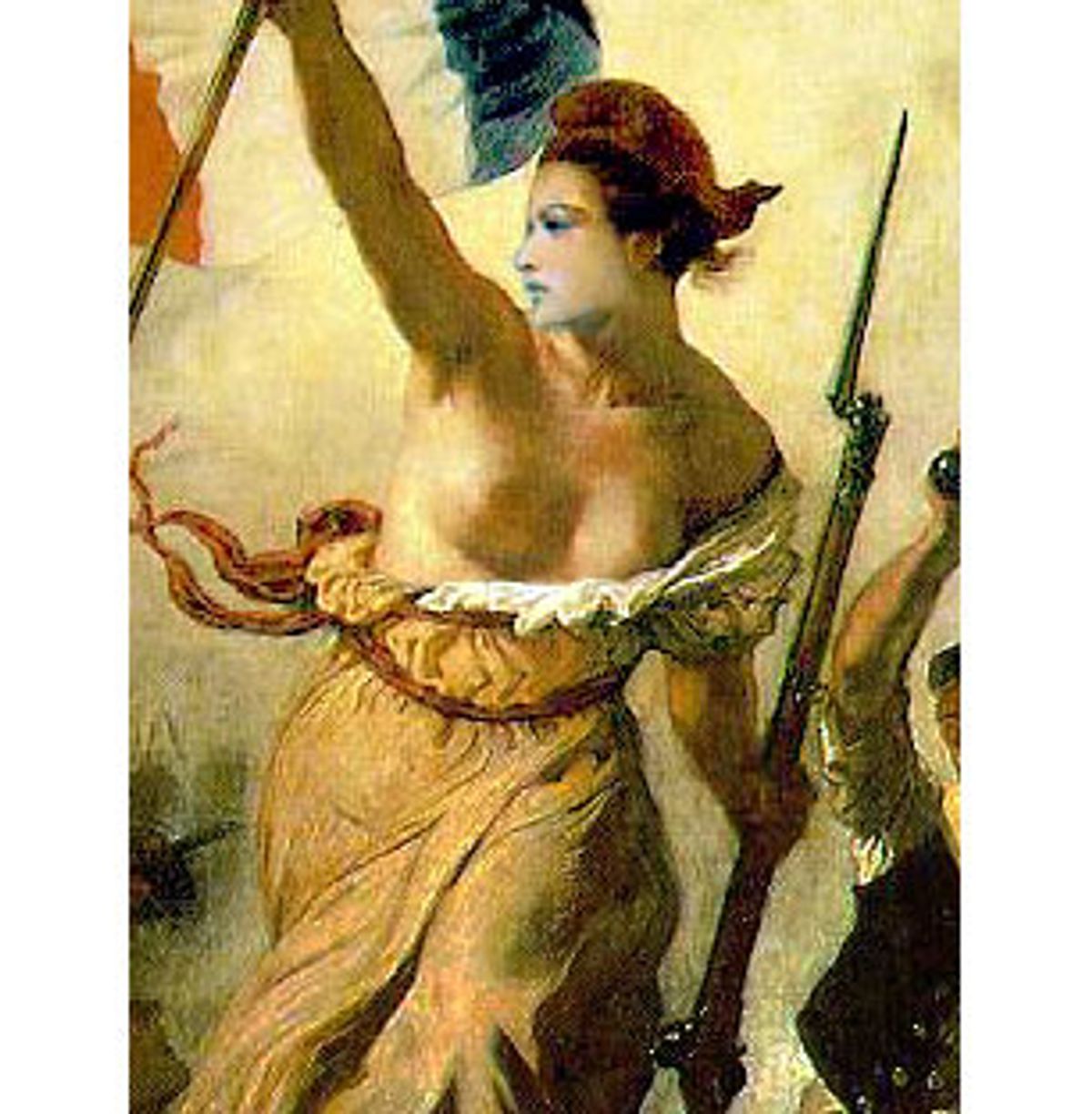 Laetitia Casta, widely known in America as the voluptuous, erotogenic model sporting lacy teddies and seamless satin bras in the Victoria's Secret catalog, has been elected the new millennial Marianne, France's embodiment of the Republic and symbol of the Revolution.

A multifarious figure unique to France (the only country in the industrialized world to revere a woman as its national effigy), Marianne originally emerged as an image representing France's liberation from the shackles of monarchic dynasties and of its transformation into a republic. She has since come to represent justice, honor, patrimony, democracy, universal suffrage, religious piety, industry, agriculture, prosperity and patriotism, as well as various other virtues and ideals that have little if anything to do with Laetitia Casta.

Casta's selection as the Marianne of the 21st century was the result of the country's first official nationwide vote, sponsored by the Association of Mayors of France. According to AMF spokeswoman Catherine Doumas, "We didn't know what to expect when we initiated this campaign for a 21st century Marianne. The overwhelming response we got is a sign of how impassioned French citizens and officials are about the Republic and its representations."

Indeed, under the auspices of the AMF, thousands of mayors came together from all over the country to vote. (France has 36,000 mayors for a country the size of Texas.) "The first vote brought us down to five runner-ups," says Doumas. "The second vote was clearly in favor of Casta."

Of the five distinguished runners-up, why did the (mostly male) group of mayors pick the least-educated, least-accomplished woman to represent the lofty values and politically charged symbolism of the French Republic? "Well," suggests Doumas, "perhaps because she's the prettiest. And Marianne is, of course, usually represented as a bust. Casta obviously has the nicest bust of them all."

The figure of Marianne is protean. Her image appears in the form of thousands of sculptures, paintings, tie clips, wall hangings, beer steins, tobacco boxes and greeting cards, not to mention on billions of official French documents, stamps, coins and currency. She is perhaps best known outside France as the buxom, bare-breasted and barefoot revolutionary storming the barricades in Delacroix's "Liberty Leading the People" -- frock unfurled, bayonet in one hand, French flag in the other, curious red bonnet flapping in a gunpowder wind. With her anonymous French face and her creamy, insurgent breasts, Marianne was of the people and for the people. Until Brigitte Bardot came along.

Explanation: In a country where getting your heater fixed involves legislative and bureaucratic red tape, it is a strange twist of fate that has kept Marianne in a state of official unofficialdom for over 200 years. Since she first appeared in 1792, Marianne, whose name is believed to have originally been a code word for "revolution," was chosen and created in a somewhat ad-hoc fashion by artists, sculptors and city officials in villages all over France. She was the anonymous peasant tilling the land. She was the unassuming, unaristocratic girl next door. She was the cherished figure of political emancipation until a sculptor by the name of Asan decided, in 1969 and as a sort of joke, to make a bust of Brigitte Bardot as Marianne. Bardot-as-Marianne, with her thinly veiled bosom and her perky, oh-la-la nipples, was adopted by the City Hall of a small French village called Thiron-Gardais.

Despite the protestations of certain bureaucrats, Bardot eventually became the de facto symbol of the French Republic. From that point on, Marianne lost her proletarian roots and ironically became the embodiment of France's well-endowed rich and famous. Sixteen years later, Catherine Deneuve was chosen by yet another sculptor and adopted as the country's new Marianne.

In some ways, it makes sense. Everything about Marianne is iconic: Her red Phrygian bonnet symbolizes left-wing radical spirit. The beehive she often carries represents work and industry. The shackles and yoke at her feet evoke emancipation. Her hands are crossed in fraternity. But it is undoubtedly Marianne's breasts -- flush, freewheeling, insolently raised in protest or subdued in a state of heraldic order, that have the most symbolic weight. Daumier, who called his Marianne "a strong woman with a powerful bosom," depicted the national goddess topless with two muscular male figures sucking vigorously at her mountainous breasts.

Officially commemorated in 1848, Dubray's bust of Marianne features a bare breast with little drops of breast milk. "The Republic prefers an opulent, more maternal breast, with its promise of generosity and abundance," explains writer/historian Maurice Agulhon. Even shape has its meaning. According to Agulhon, perfectly shaped breasts that are exactly the same size are "an additional symbol of the egalitarian spirit."

In this bountiful and decidedly female context, nothing could delight French mayors more than Laetitia Casta, who once declared that her breasts were raised on butter and crhme franche. Granted, there have been detractors, those who, like Agulhon, see in the "Mariannization of the stars" a travesty of national values. Many of them hark back to the ideals of the 1792 convention, when it was decreed that Marianne would be made "so that our national emblems would circle the globe, presenting to all peoples the cherished images of liberty and republican pride." But that was a long time ago, before television, air travel and Victoria's Secret.

Today, it is Laetitia Casta's luxurious bosom that, on the glossy pages of Victoria's Secret lingerie catalogs or the cover of Vogue, has "circled the globe." In fact, with the new Marianne freshly minted and busted all over France, these globes in their own right have become a symbol of national pride much in the same way as Joan of Arc. Leave it to the French to embody their national values in the form of mythic, rebellious women endowed with special virtues: Joan of Arc heard voices. Marianne had great breasts.

Which makes one wonder: Would Casta have been chosen to represent Marianne, who long ago replaced Napoleon as France's national bust, if she filled a mere 34A cup? Or is that beside the point? Says Casta, "To represent France, liberty and a certain idea of what a woman is -- that's a hell of a responsibility."