Is ABC's John Stossel a reporter or a right-wing apparatchik? 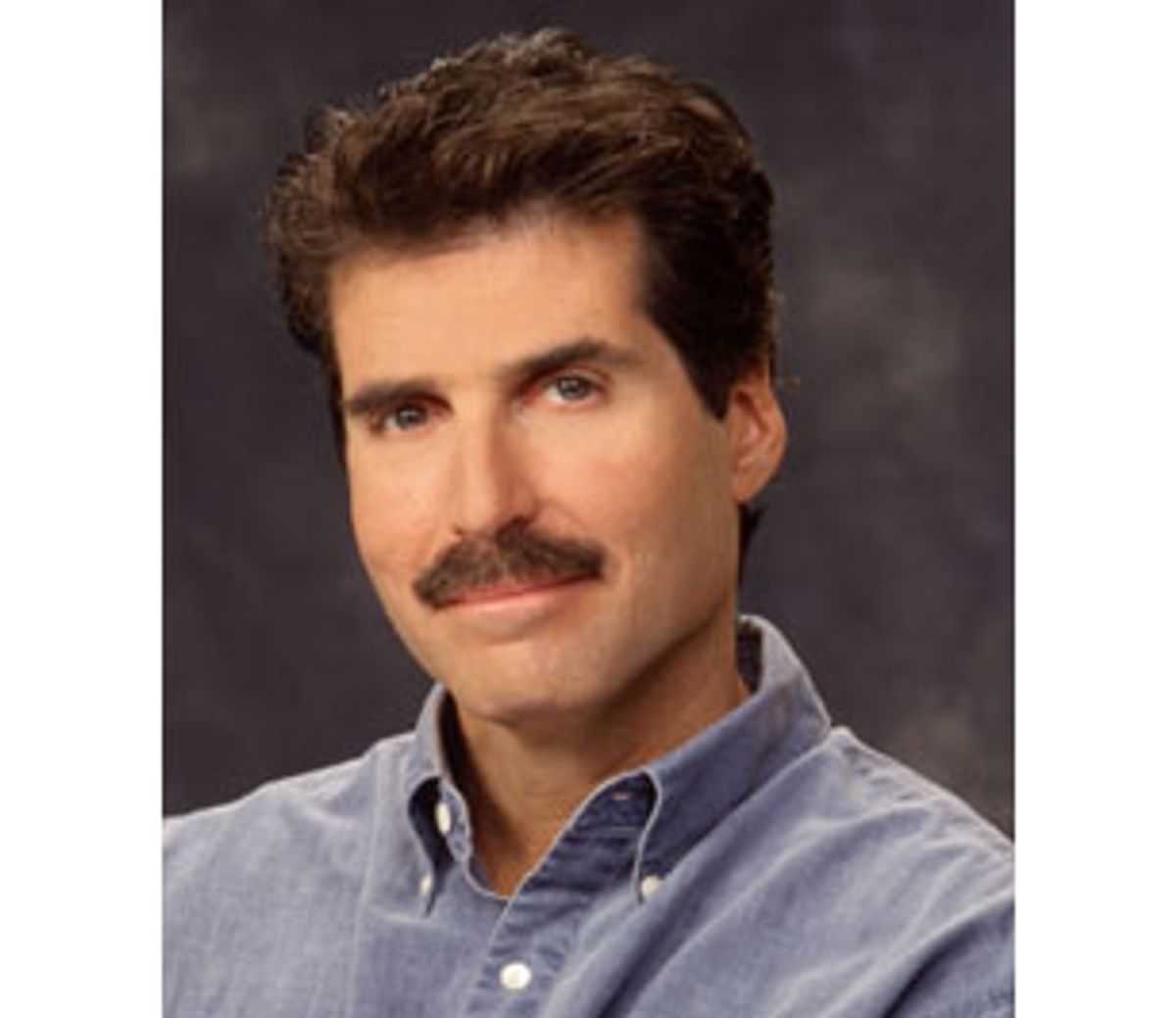 With Ted Koppel and Peter Jennings, ABC News can boast twin towers of journalistic integrity in an increasingly tabloid TV news environment. Then there's John Stossel. Sure, he's conservative, opinionated and contrarian. But the edge his sometimes unorthodox opinions give his segments on "20/20" and his ABC News one-hour specials certainly is a positive contribution against the daily fluff.

So, it's unfortunate that while ABC News has been looking the other way, Stossel has been transformed from a right-leaning bomb-thrower of prime-time news into a full-fledged propagandist in the classroom. The transformation was fostered by an affiliation among ABC News, Stossel and the conservative Palmer R. Chitester Fund, which sells educational materials based on Stossel's ABC reporting. The arrangement touches on the fundamental ethical question of whether or not journalists and the news organizations they work for should align themselves with ideologically driven organizations.

To untangle the snarl of conflicts Stossel has created would take a graduate level journalism seminar, but here are the Cliffs Notes:

"Stossel in the Classroom" is a series of study aids that includes Stossel's popular ABC News special reports, accompanied by study guides written by two conservative economics instructors at George Mason University. The study guides are emblazoned with a big blue ABC News logo and Stossel's face. ABC News and Stossel had almost nothing to do with the development of "Stossel in the Classroom," but the product is deceptively packaged to look like an ABC product.

According to the Chitester Fund Web site, the program is sold to more than 200 public and private schools across the country, who pay about $300 for the series. "Stossel in the Classroom" is advertised in School Reform News, a publication of the conservative Heartland Institute.

One contributor to the "Stossel in the Classroom" series is the John M. Olin Foundation, an organization that popped up regularly in stories detailing Hillary Clinton's "vast right-wing conspiracy" during the investigation and impeachment of President Clinton. For three decades, the Olin Foundation has funded many of the most influential institutions and individuals on the right. Board member and conservative columnist Walter Williams' professorship at George Mason University is also underwritten by Olin.

Chitester Fund is a conservative foundation, sporting John Fund of the Wall Street Journal editorial page, actor Arnold Schwarzenegger and Williams among others on its boards. Text on the Chitester Fund Web site describes the organization's mission: "We are particularly interested in illuminating the prerequisites of a free society -- (with an) emphasis on projects that examine the role of government and explain the interrelationship of economic, personal and political freedom," code for a closeted conservative group.

Though Stossel's special reports for ABC News are conservative, they're also good journalism. He doesn't pull any punches against Republican sacred cows from big business lobbyists to B-2 bombers. But "Stossel in the Classroom" crosses the line between edgy journalism and pure propaganda.

The study guide section on robber barons, for example, (based on Stossel's "Greed" special) doesn't mention the word monopoly. In a "case study" on John D. Rockefeller, the word does pop up, but only to argue that oil tycoon Rockefeller wasn't a monopolist. But at least Stossel takes the time to explain that, often, monopolies come to be not because of market failure, but because of government favors for business.

Another guide (accompanying Stossel's "Scaring Ourselves to Death") snidely attacks the government for changing dietary recommendations to emphasize fruits and vegetables over meat and dairy products. Ironically, most of the critics of the health scares Stossel debunks in his special are big believers in just those health recommendations. People like Bruce Ames, an internationally reknowned scientist and vocal critic of the Environmental Protection Agency believe that lower fat, higher fruit and vegetable diets fight cancer and other health problems, just like the government does. Here's the last sentence of that guide: "Will headline hysteria and federal regulatory agencies continue to divorce public policy from reality?"

Many, if not most, of the 35 to 40 footnotes accompanying each guide cite predictably conservative sources like the Heritage Foundation, the CATO Institute, the Hoover Institution, the Young Americas Foundation and the Wall Street Journal op-ed pages. They're not exactly the sources a skeptical reader would find convincing.

Chitester board member and George Mason University professor Williams is also a major on-air presence in two of the three Stossel specials sold by the organization, but he is only identified as an economist. Incidentally, Williams supervises the work of Thomas Rustici and Alan Koczela, the economics instructors who wrote the classroom materials for "Stossel in the Classroom" at George Mason. Rustici's George Mason bio describes his participation in the Chitester project like this: "He is the editor and coauthor of a series of free market books for high school students that will accompany a video series by John Stossel of ABC."

The connections among Chitester, Stossel and ABC News and the level of cooperation involved in the project have been considerable. Stossel is a financial contributor to Chitester (he's even been known to donate his hefty lecture fees to the organization) and a vice president at ABC News admits that he helped edit one of the study guides. Chitester is also the registered owner of the stossel.org, johnstossel.com and johnstossel.org domain names on the Internet. (johnstossel.org is unused, stossel.org links to the Chitester site and johnstossel.com gives you the choice of moving on to ABC, the Chitester Fund or the Web site of another charity Stossel is involved with.) ABC News gets a cut on all sales of Chitester's sales of the series, but neither organization will say how big it is.

Given a week and dozens of phone calls and e-mails, Stossel wouldn't explain himself and the study guide authors at George Mason University were "unavailable."

Williams, however, defends the project. "The study guides just elaborate on some of the economic principles in Stossel's shows in as truthful a fashion as possible," he argued, also stating that they weren't propagandistic. But when presented with specific examples from the text he admitted there were problems. For instance, where the authors write, "Another common myth asserts that a nation's wealth depends on labor unions. Unions do not create wealth." Williams concedes, "That might be misleading language." Williams is right -- anyone who has ever covered unions knows that their premise is that they redistribute wealth from the owners and managers of companies to the workers, not that the union "creates" wealth.

And Williams sees no problem with serving both as a source for Stossel and a promoter of his work. Further, Williams argues that just because an ABC News logo appears on the cover of study guides written by the GMU economics instructors, nobody would assume that ABC News had anything to do with the content -- even though the authors' names don't appear until the inside cover at the back of the book.

Richard Wald, senior vice president of editorial quality at ABC News, originally signed off on the deal. Wald readily admitted that he had read only one of the three study guides. He said he was unaware of the Chitester Funds' conservative economic agenda, that Stossel gave them money and that Williams was on the fund's board.

When asked about the fact that the authors' names don't appear until the end of the book, Wald finally admitted, "Maybe it is a bad idea, maybe we should have drawn a better line."

Bob Chitester, founder and president of the Chitester Fund, believes the matter boils down to a business misunderstanding. "There was some confusion," he says, "our written agreement did not speak to any editorial role for ABC, but now we've adjusted our process."

Chitester is a combative interview subject, starting each answer with "You're a liar!" or "That's not true, you're making it up." Any questions about the ethics of this deal are "just made up," too, he said.

If any of this sounds familiar, it's because the Los Angeles Times found itself in a similar situation last fall when it agreed to share revenues from its Sunday magazine with Staples Center, the subject of a special issue.

Far less money changed hands in the ABC News-Stossel deal, but in some respects, the ABC deal is more ominous. No one alleges that the Los Angeles Times ever allowed Staples Center to control the content that was published under its logo. ABC News did. And unlike the one-time Los Angeles Times-Staples alliance, ABC News' complicated relationship with Chitester Fund is ongoing.

In the end, it may not be ethics that determines the fate of "Stossel in the Classroom." The program has apparently been unpopular with instructors. Chitester said that the student guides are being rewritten in response to negative feedback from the teachers who were using them. "There are some sections where the authors went beyond economics, so they have to change."

As Stossel himself said in an interview a few years ago, "All we have in the news is our reputation. People have a hundred choices for news now."

David Mastio is a Washington correspondent for The Detroit News and a contributing editor to USA TODAY. He also writes for the National Review, Reason, Policy Review and the Weekly Standard.