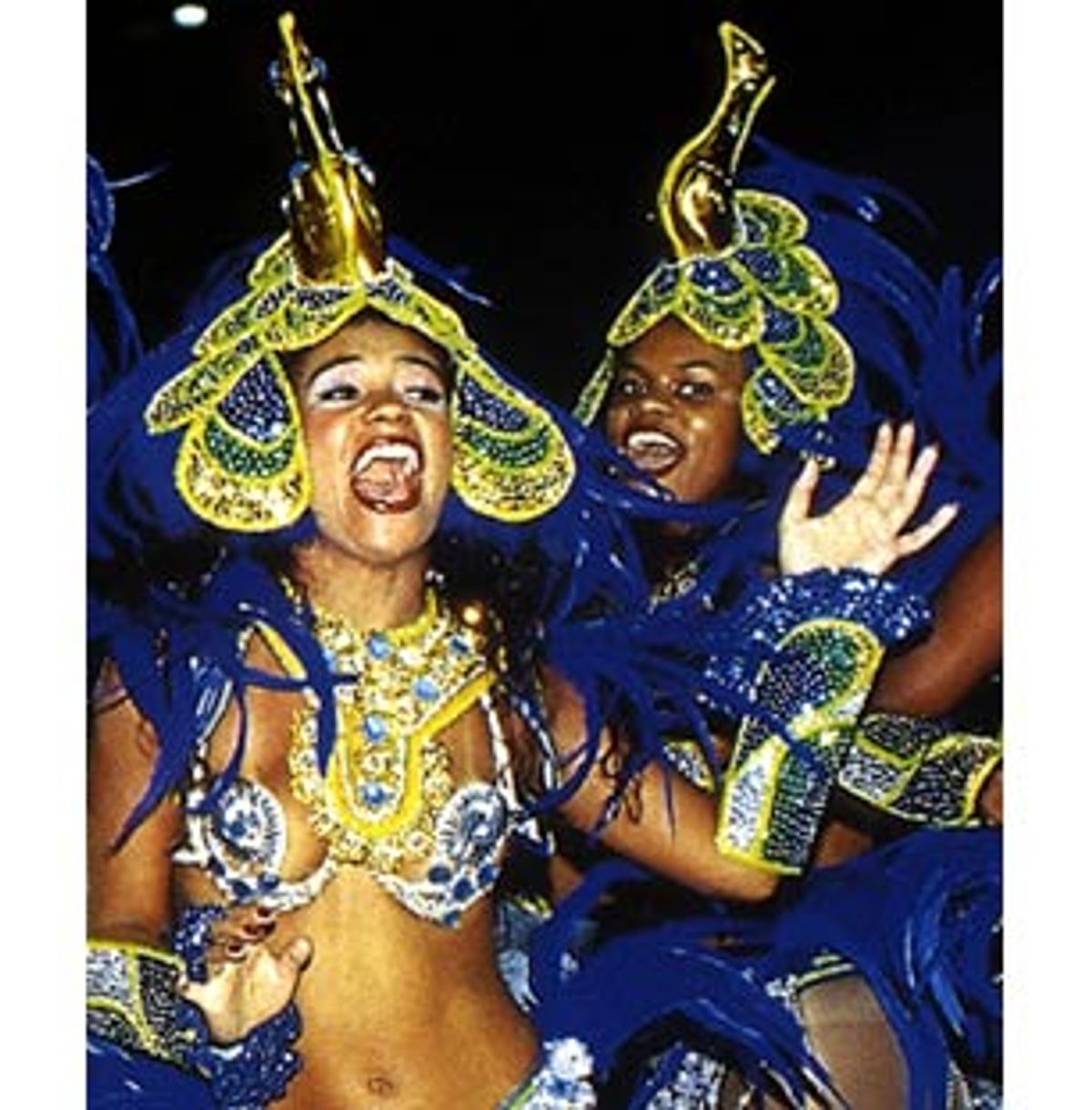 Rio de Janeiro's Carnival is probably the planet's biggest party. For four days each year -- this year from March 4-7 -- tens of thousands of visitors and locals take over Rio's streets and neighborhoods for a virtually ceaseless succession of pageants, parades and parties.

Austrian photographer Helmut Teissl fell under Carnival's spell on his first visit to Rio 25 years ago. In the ensuing decades, he has returned to Rio to photograph -- and revel in -- Carnival 12 times.

Now, just in time for this year's festivities, Abbeville Press has brought out an exuberant and intoxicating collection of Teissl's photographs, "Carnival in Rio." Accompanying the book is a 72-minute CD of samba music.

In his introduction to the book, Teissl writes: "Carnival is all the little festivals and parades in the streets and favelas, Rio de Janeiro's poor quarters. Carnival is also masked balls, elegant and often uninhibited -- even debauched, where one sees fewer masks but plenty of skin. And Carnival is a time for competitions in which countless participants pay thousands of dollars for luxurious and fantastic costumes.

"But Carnival is also a time of fraternization, tolerance and genuine human fellowship."

Through Teissl's lens, these qualities and emotions come to magical and mesmerizing life: the whirling dancers like dabs of paint on an Impressionist canvas, the pulsating swirls of brilliantly colored costumes and sweat-sheened skin, the soul-drumming beat of the samba teams snaking and shimmering through the streets, the tongue-lolling laughs of transported singers and drummers.

Teissl goes behind the scenes to present the elaborate preparations for the grand parades, and wonderfully unguarded portraits of enraptured tambourine-tappers and cymbal-clashers and smiling-eyed, enchanted children.

But his greatest achievement is to somehow freeze on film the extravagant abandon at the heart of Carnival, manifest in the bejeweled and beplumed costumes, all glittering gold baubles and blue- and green-feathered fantasies, and in the participants themselves, who embody an oddly innocent sensuality in their spangle-flossed buttocks and stardusted breasts.

Enjoy our portfolio, a tantalizing taste of Teissl's photographic feast.