"The Dress Lodger" by Sheri Holman

A lurid and literary novel offers a tale of prostitution, cholera and body snatching in 19th century England. 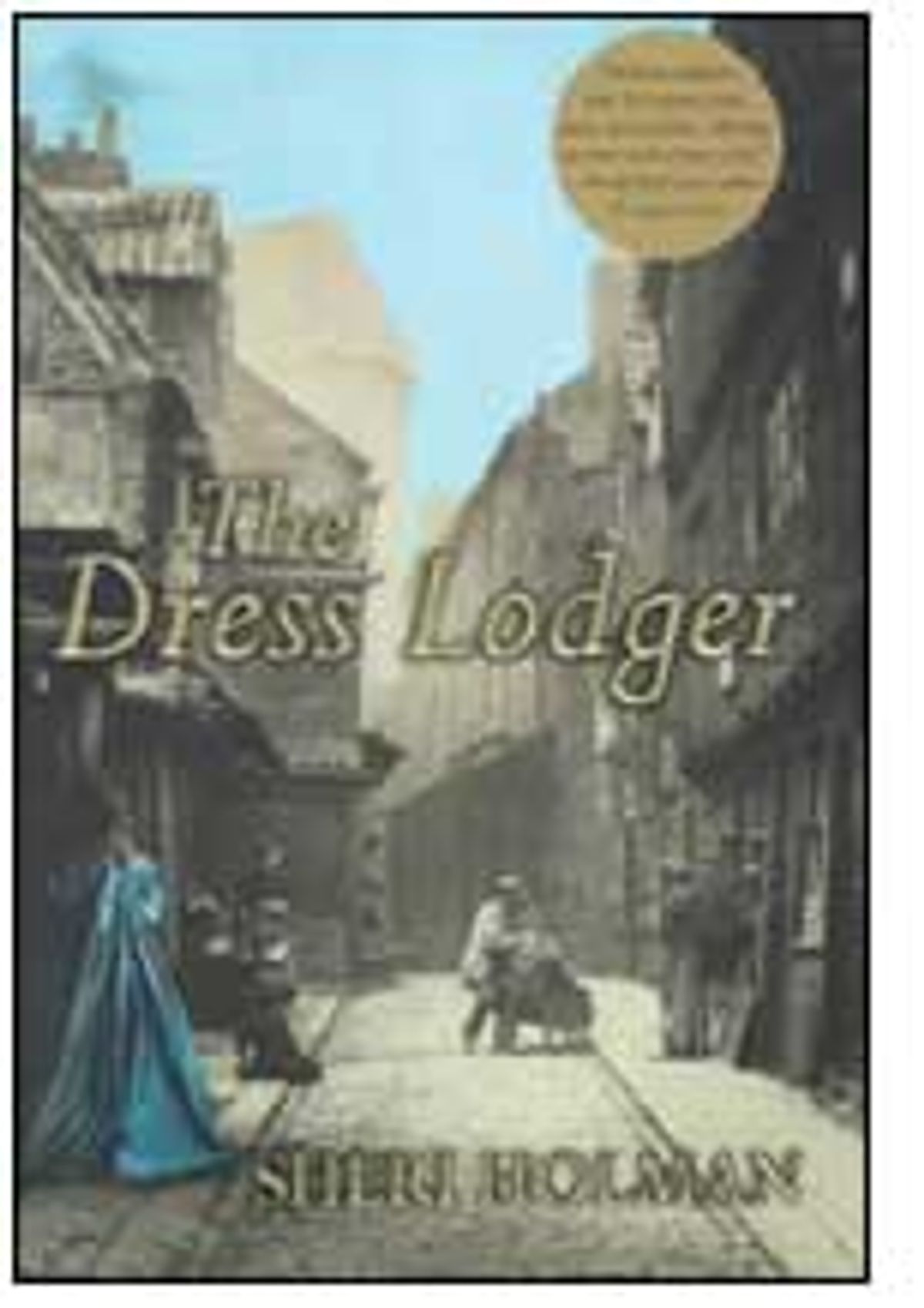 "Clothes make the man," Mark Twain is thought to have remarked. "Naked people have little or no influence in society." Twain's witticism, however penetrating, merely hints at a few of the dense, intertwining issues that Sheri Holman probes in "The Dress Lodger," her grandly ambitious and luridly fascinating new novel.

Set in the port city of Sunderland, England, during the cholera epidemic of 1831, "The Dress Lodger" weaves a chilling tale of disease and social unrest, following the tangled relationships among an unlikely gathering of characters: Gustine, the "dress lodger," a young prostitute who rents a lavish blue gown from her pimp to attract a tonier clientele; the Eye, a silent, hideously deformed old woman who guards Gustine's precious frock; Dr. Henry Chiver, a self-loathing surgeon and anatomy teacher who depends on Gustine to locate corpses for dissection; and Whilky, Gustine's pimp, for whom the "so-called cholera morbus" and the dreaded practice of dissection are part of the government's "Grand Plot" to eliminate the poor.

Tying together these and the novel's other principal characters is Gustine's infant son, whose swaddling clothes hide a pitiful secret -- a sign of damnation for some, of morbid fascination for others and for Gustine, the nexus of all her gritty hope and tenderness. Whilky's disbelief notwithstanding, cholera snakes its way through the lives of these people, meting out its own grisly parody of justice, its victims blue and convulsed like the azure crimps of the streetwalker's gown.

One of Holman's great strengths is her way of combining the novel's varied thematic strains into a dissonant but weirdly compelling symphony. Nakedness, in her unsentimental view, can denote the innocence of a helpless babe or the most repugnant perversions of sexuality and medical science; clothing can protect or mask, can serve as a vehicle of contagion or of fresh beginnings and protean self-fashioning -- as when someone envisions a hopeful future for Gustine, no longer a frilly, filthy whore but "a tidy adolescent girl in an indigo frock, her hair smoothed back into a demure knot at the back of her neck, her white nurse's apron tied in a perfect bow in the back."

While the blurbs and early reviews have emphasized the novel's Dickensian overtones, its roots dig deeper into literary history, weaving their way around the paradoxes of Milton's "naked beauty more adorn'd," the bitter paeans to labor and impassioned apostrophes of Virgil's "Eclogues" and "Georgics" and the cosmic despair of Genesis and Job. If these antecedents suggest a ponderous or didactic read, think again: Compulsively fascinating, the novel draws the reader through the alleys and quays of Sunderland with all the practiced charm of its title character. Holman's vivid prose slithers and whispers like the sumptuous folds of Gustine's silk dress:

Some nights, Gustine feels like she's unraveling behind her, leaving a thin blue trail along the ground to mark where she's been. Sometimes when she lets her mind wander, she feels the thread drag along the gutters, snagging dead rats and bottles, chicken feathers and broken furniture. She feels the tangled thread grow heavier and heavier, tugging her back, making her strain to drag it.

Dense and absorbing, "The Dress Lodger" wraps up a bit too neatly, the visionary strains of its final pages striking a jarring (though richly ambiguous) tone. With its stark depictions of human innards and industrial squalor, Holman's novel is not for the faint of heart. Hardier readers, though, are likely to welcome its fearless scrutiny of what the English poet Edward Young called "that hideous sight -- a naked human heart."