"Bridget Jones: The Edge of Reason" by Helen Fielding

She's back, she's got her weight down, she's got Mark Darcy and she's in a Thai jail on drug charges. 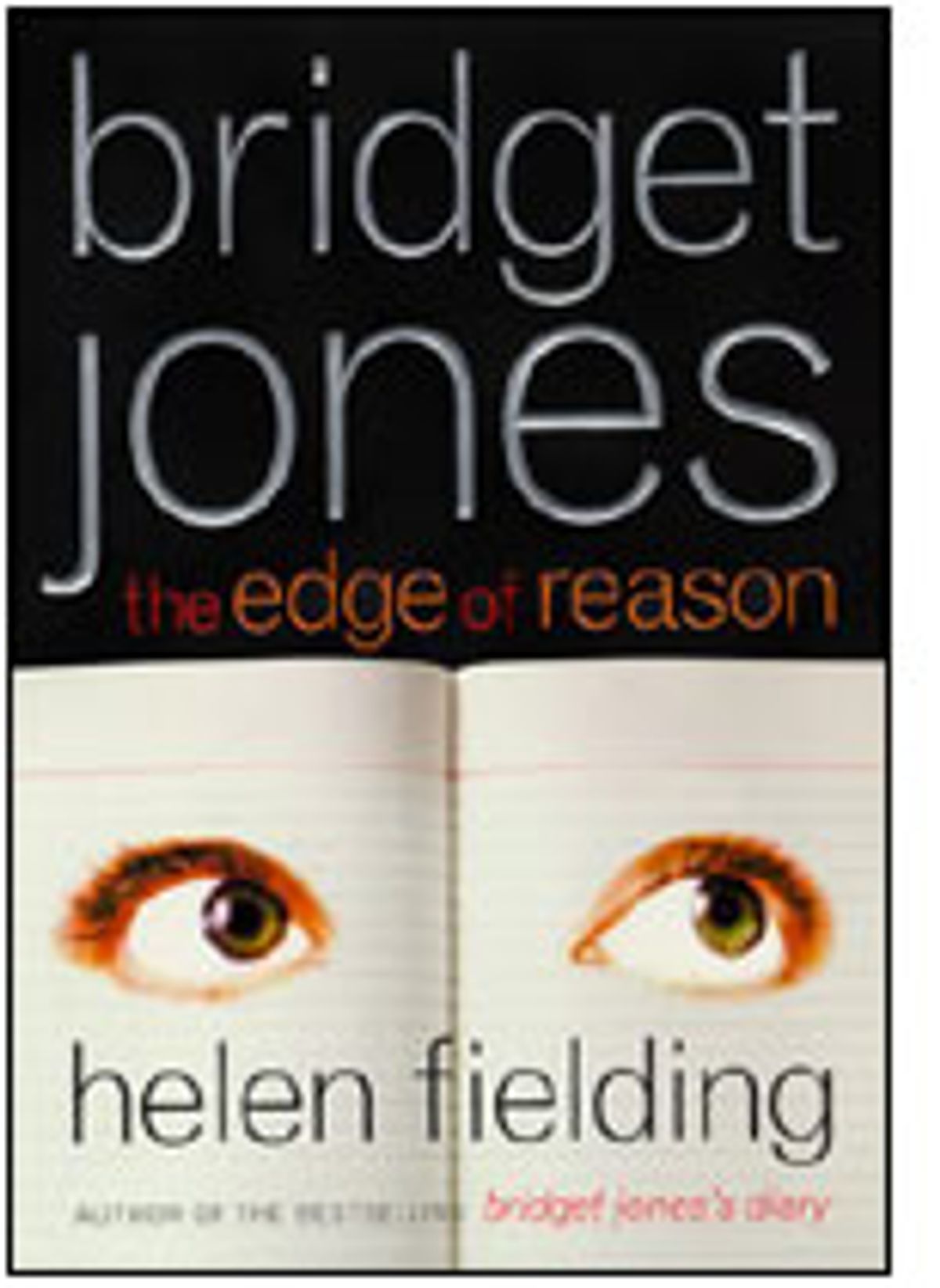 No, "Bridget Jones's Diary" was not "Anna Karenina." But it's too bad this buoyant, clever, self-consciously slight book got caught up in a media-created New Social Phenomenon. (Unmarried women in their 30s! Now there's a story.) The book's very success seemed to set off the frenzy, and when less talented -- and much less funny -- writers like Laura Zigman and Melissa Bank set out to plow the same territory, it looked as though Helen Fielding's effervescent creation might become a casualty. Plans for a sequel were talked about, but how could Fielding possibly keep the franchise going after all that hoo-ha? Would an oversaturated reading public turn up their noses at another dose of Bridget?

Happily for those who appreciated the self-mocking, literate-chick humor of the original, "Bridget Jones: The Edge of Reason" is just as much fun. Fielding has not bowed to criticism -- Bridget is no more self-assured; no less dependent on a boyfriend for her self-image; no less a flighty, neurotic, work-avoiding wreck this time around. Fielding hasn't even downplayed Bridget's much-remarked-on weight obsession. In fact, the book opens by diving right back into the formula:

It's an inspired comic device, having Bridget tally up the day's numbers -- weight and later, cigarettes smoked, alcohol consumed, assorted triumphs and humiliations -- before reporting on events in her madcap telegraphic shorthand, grasping desperately all the while for a sense of control. With Mark Darcy having turned into a bona fide boyfriend, Bridget is finally doing all right in the shag department -- and her glee suggests that what Americans would call her "body issues" aren't putting a crimp in things.

But now Bridget has to figure out how to deal with some pressing new life concerns, like keeping the relationship going while remaining in constant communication with her singleton girlfriends Jude and Shazzer. Fielding throws in some amusing satire of the self-help mentality as Bridget attempts to run her life according to wisdom gleaned from an endless supply of mutually contradictory titles. "Are you supposed to read them in pairs?" Mark asks. "Cover yourself both ways? 'Happy to Be Single' with 'How to Find Your Perfect Partner in 30 Days'? 'Buddhism Made Simple' with 'Going for It' by Victor Kiam?"

Fielding knows how to keep a plot moving. There are plenty of changes of scenery -- Bridget makes it to Italy, Switzerland and Thailand in the course of the book -- and some good slapstick humor, much of it provided by the wealthy, beautiful and odious Rebecca, a maniacal rival for Mark's affections who will stop at nothing to win him away from Bridget. We also get some useful new vocabulary words, such as "mentionitis" -- "you know, when someone's name keeps coming up when it's not strictly relevant," which afflicts Mark vis-`-vis Rebecca -- and "jellyfisher," which describes Rebecca herself: "You have a conversation with her that seems all nice and friendly, then you suddenly feel like you've been stung and you don't know where it came from."

Like the original, however, "The Edge of Reason" may be too much of a good thing. I don't know what I'd suggest cutting -- certainly not the bit where Bridget lands in a Thai jail on drug charges and resorts to renting out her Wonderbra to her fellow prisoners -- but the book is about a hundred pages too long. Also, just how dumb is Bridget supposed to be? When she lands a career-making interview with Colin Firth and winds up blathering like a complete idiot for pages and pages, the humor is too broad since no one around her is ever depicted in comparably extreme terms. But I'm willing to put my quibbles aside. It may not add much to anybody's intellectual credentials, but it's a treat to spend some more time in Fielding's warm, whimsical, sneakily wise fictional world.