The just-released edition of the legendary Red Guide destroys a cherished culinary myth. 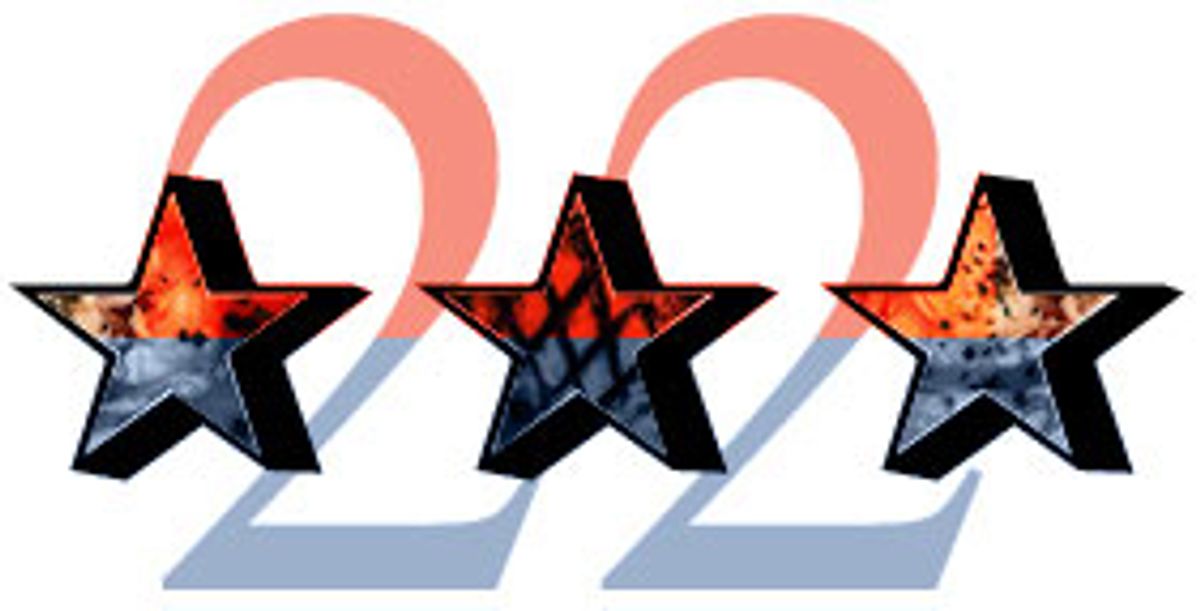 Thousands of French gourmet conspiracy theorists were shocked on Monday when the 2000 edition of the Michelin Red Guide to restaurants and hotels in France appeared.

Michelin's Red Guide celebrates its 100th birthday this year, and perhaps more than ever it can make or break restaurants; millions of dollars ride on the star system.

So why the shock? The big news is that chef Guy Martin at Paris' historic Grand Vifour has earned a third Michelin star -- with no losses among 1999's 21-strong three-star lineup. Conspiracy theorists have long believed that for a chef to get a third Michelin star -- the guide's highest rating -- someone at the top has to die or be demoted, so that the total will stay at 21.

Now that the total of three-star properties in France stands at 22, everyone is talking about how this notion has just been "un grand nonsense" all along.

The 43-year-old Martin started his climb in 1983 at the Chateau d'Esclimont, taking over as chef des cuisines and directeur of Grand Vifour in 1991. His promotion comes as no surprise. "It's a consecration," Alain Sarraute, star-watcher at Le Figaro, told me. "We were expecting it last year."

The restaurant's pedigree and striking beauty may also have had something to do with the award: Michelin isn't known for throwing three stars at homey joints serving great grub. Born in 1784 as the Cafi de Chartres, the Grand Vifour miraculously survived the Rivolution and 200-odd years of depredations with landmark decor intact. Painted glass panels show scantily robed muses holding aloft baskets of fruit. Above them nymphs and putti romp among garlands. Beyond the restaurant's windows open the elegant arcades and symmetrical gardens of the Palais Royal. In other words, even if the food were indifferent, the Grand Vifour would be a feast for the eyes.

Taillevent, sometimes described as France's best restaurant, and certainly its most traditional, kept its three stars despite a change of chefs last year. (Philippe Ligendre moved to Le Cinq at the rebuilt Hotel Georges Cinq and was replaced by Michel del Burgo, formerly of the Bristol Hotel.)

The irrepressible Alain Ducasse, the most-starred chef of the land (three stars in Paris, three in Monaco), got another star for his newest hostelry, Bar et Boeuf.

Disappointment greeted three-star guru Marc Veyrat, of Lake Annecy near Switzerland. Hoping to do a Ducasse, Veyrat last year opened a "winter restaurant" called La Ferme de Mon Phre, in nearby Mighve, but got no stars at all.

The biggest thud to be heard was from the falling star of l'Espadon at the Ritz in Paris, now down from two to a single sparkler. The ritzy Plaza Athenie's restaurant, Regence, moved up from one to two, placing it among the capital's top-rated hotel eateries.

As expected, after moving north to the City of Luxe last year, the so-called Queen of Southwest Cooking, Hilhne Darroze, got a single star for her trendy restaurant of the same name in the Latin Quarter.

Many Michelin-watchers were predicting fireworks this year and they got them in a muted form: For the first time the guide actually describes the hotels and restaurants it lists. So in addition to the usual cryptic symbols and pictograms -- stars, spoons-and-forks, rocking chairs and so on -- you now get a blue diamond followed by what Michelin calls "clean, objective information," i.e., a one- or two-line thumbnail sketch.

Nostalgia lovers will be tickled pink to know that with the Y2K edition you get a free reprint of the original 1900 guide (conceived by the Michelin tire company for intrepid motorists). A "100" symbol marks establishments that have been around from the beginning of Michelin Time.