Who sold out electronic music?

Did a Rhino rave compilation kill the subculture? Sure, except that it was never a subculture to begin with. 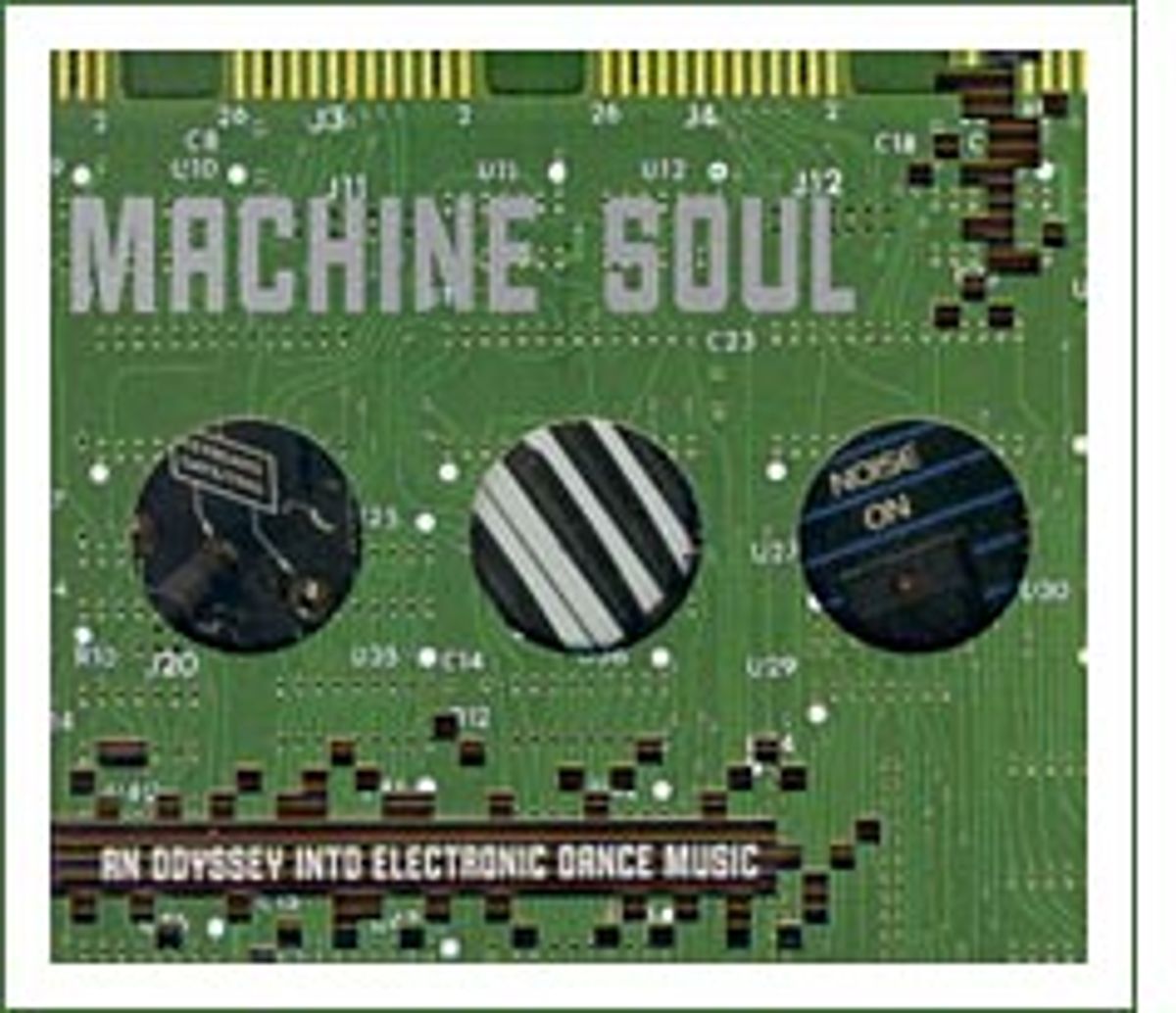 It was probably inevitable from the moment disco met European electro-music in a Detroit warehouse that Rhino, the K-Tel of the '90s, would one day issue an electronic dance music compilation. Still, it's easy to remember a time when rave devotees believed such a collection -- a coffin nail for the scene, if ever there was one -- was impossible.

Techno, remember, was supposed to destroy the cult of the artist. Ideally, dance tracks are created by anonymous studio tweakers with a dozen aliases. Even then, the compositions are merely building blocks for a pseudonymous DJ to create a set. But big best-of collections demand brand names like Moby, the Chemical Brothers and Kraftwerk. Electronic music was supposed to be something else, the end of songs having a beginning and ending, the end of the star, an inversion of everything that rock stood for -- except for the part about subculture and rebellion. Of course, now that the rave subculture has been fully consumed by the mainstream, it's baffling to remember that it once seemed, to those inside of it, utterly anti-commercial.

It would be easy to dismiss Rhino's double-disc "Machine Soul: An Odyssey Into Electronic Dance Music" as tacky and inauthentic, full of songs no self-respecting club kid would ever allow to course through her Walkman. And there's some seriously corny stuff here, like Prodigy's bombastic "Charly" or L.A. Style's "James Brown Is Dead." Other songs are fine in themselves, but have been played so many millions of times that hearing them yet again is more painful than nostalgic: Gary Numan's "Cars," M/A/R/R/S's "Pump up the Volume," The Orb's "Little Fluffy Clouds." Even when "Machine Soul" gets it right, it does so only in the most clichid way, including the epochal "Strings of Life" by Rythim Is Rythim (aka Derrick May) and "Planet Rock," by Afrika Bambaataa, songs that monks in Bhutan could probably identify as seminal dance-music moments.

Still, "Machine Soul" is but one of many indications that rave has gone fully mainstream. There are also Phillips commercials featuring Talvin Singh's bhangra jungle, buzzed-to-the-hilt summer movies like "Groove" and "Human Traffic," and books that, even when they're excellent (such as Simon Reynold's "Generation Ecstasy"), have the effect of turning the subject into history. Perhaps most incisive of all is the liner-note message in the recent mix album by Goldie, once the figurehead of drum 'n' bass, one of electronic music's most subterranean permutations. In it, he pretty much implies that dance music made a great springboard, and that now he's ready to soar in the ether of generalized fame -- like playing the villain in the recent James Bond movie. "For a guy whose been making music for a very short time I've had a great run. I do feel very happy in myself; in how I can move on with it," he writes. "Maybe I'll turn into some prolific actor-cum-director, some old man in a barn sculpting large pieces of rock." He knows his scene's stock is falling, and he's reinvesting his cultural capital.

Still, the point isn't that rave has "sold out," but that it was never really subversive in the first place. That idea, it seems now, was folly, one based on an outmoded set of assumptions about what rebellion means. What Tom Frank wrote of the '60s counterculture in "The Conquest of Cool" is even more true of dance culture: "[T]he prosperity of a consumer society depends not on a rigid control of people's leisure-time behavior, but exactly its opposite: unrestraint in spending, the willingness to enjoy formerly forbidden pleasures, an abandonment of the values of thrift and suspicion of leisure that characterized an earlier variety of capitalism." Rave didn't challenge the ideology of the mainstream, it mirrored it.

The American and British governments were incredibly helpful in maintaining the delusion that rave was radical. With its idiotic drug war, the United States gives chemical consumption endless transgressive power, allowing generations of young people to feel like they are defying the man every time they swallow a tab of E.

Meanwhile, clubs in New York and San Francisco are constantly under threat from the police, due to both draconian quality-of-life crusades and gentrification, creating the kind of "Footloose" dynamic that youth culture thrives on. Britain has done even more, passing the Criminal Justice and Public Order Act, which gives police specific powers to bust gatherings with music "wholly or predominantly characterized by the emission of a succession of repetitive beats." Suddenly, with the passage of the act, dancing to house and techno made one an outlaw.

The government's puritanical prosecution of raves and clubs has disguised the sad fact that my generation's contribution to subcultural history is a virtual blueprint for hip capitalism. Take, for example, the cult of the DJ. Club kids once believed that by jettisoning rock's obsession with the performer they were creating something more democratic. Simon Reynolds' encapsulated that optimism in the introduction to "Generation Ecstasy": "[T]he guy over there doing fishy-ginger dancing was as much a part of the entertainment -- the tableau -- as were the DJs or bands ... Each individual part (a limb, a hand cocked like a pistol) was a cog in a collective 'desiring machine,' interlocking with the sound system's bass throbs and sequencer riffs. Unity and self-expression fused in a force field of pulsating, undulating euphoria."

As it turns out, though, in rave culture, the singular artist hasn't been replaced by the crowd. He's been replaced by the consumer. Really, what else is the DJ, that icon of contemporary cool? He's part ultimate shopper -- the guy who always has the coolest, newest, most obscure records. He's part genius demographer and direct marketer -- he knows how to give the crowd what it wants. And finally, he's part brand name -- his endorsement gives a club night or a mix CD a stamp of authenticity. Thus a new collection called "Back to Mine" is "by" Danny Tenaglia, even though, aside from one song, he neither made nor remixed any of the songs on it -- he simply chose them.

Similarly, the absence of lyrics and narrative that once made electronic music seem like an antidote to rock's fatuous solipsism means that it also works uncommonly well in commercials and action-movie soundtracks. Techno signals propulsion, drum 'n' bass suggests chaos, ambient conjures calm -- all without the pesky anger and alienation of rock and hip-hop or the melancholy of sad-eyed indie pop. So electronic music is everywhere, every boutique, action movie, trendy high-tech office, creating that peculiar hyper, ultraconnected, jittery feeling that is, not coincidentally, the dominant mood of Wired-style capitalism. In fact, inside the "Machine Soul" liner notes, an ad for "Other Rhino Releases We Think You'll Like" includes the Wired compilation, "Wired Magazine Presents Music Futurists." What does it say about a subculture when a business magazine puts out its music?

On some level, rave always was a kind of underground study in music's social engineering capabilities -- parties advertise their multiple rooms, each with its own beat-determined mood. Walk onto the main dance floor and feel pumped with the neon rush of hardcore techno or the lush, sexual throb of house, head downstairs for a few minutes of apocalyptic stomping in the drum 'n' bass room, crash out amid the sylvan strains of the chill-out lounge. Functionally, electronic music dovetails with the story of Muzak. In his brilliant history of Muzak, "Elevator Music," Joseph Lanza explained how Erik Satie's 1920 avant-garde "furniture music" unwittingly created a template for the instrumental palliative, which spread in the '30s: "Satie was like the Futurists in developing a blueprint for sound environments that originated with the most anti-bourgeois intentions but ended as a middle-class champion."

Even more ironic is Lanza's observation that the industrial symphonies of the decadent Italian Futurists -- often cited as rave's forefathers -- "were matched by those of the enemy Soviet camp. Artists from the pre-Stalin halcyon days of 1920 staged a Concert for Factory Sirens that consisted of an orchestrated crescendo of sirens calling comrades to their workstations." Similarly, electronic music may have been born in hedonism, but it makes the perfect soundtrack to work. And unlike those heady moments nine decades ago, today there's hardly a difference. The double dose of songs on "Machine Soul" don't corrupt rave's premise of rebellion. Instead, the CD inadvertently exposes the corruption inherent in the idea. After all, if techno is the soundtrack to global hyper-capitalism, it hardly matters what the hell Rhino does with it.