"Use Me" by Elissa Schappell 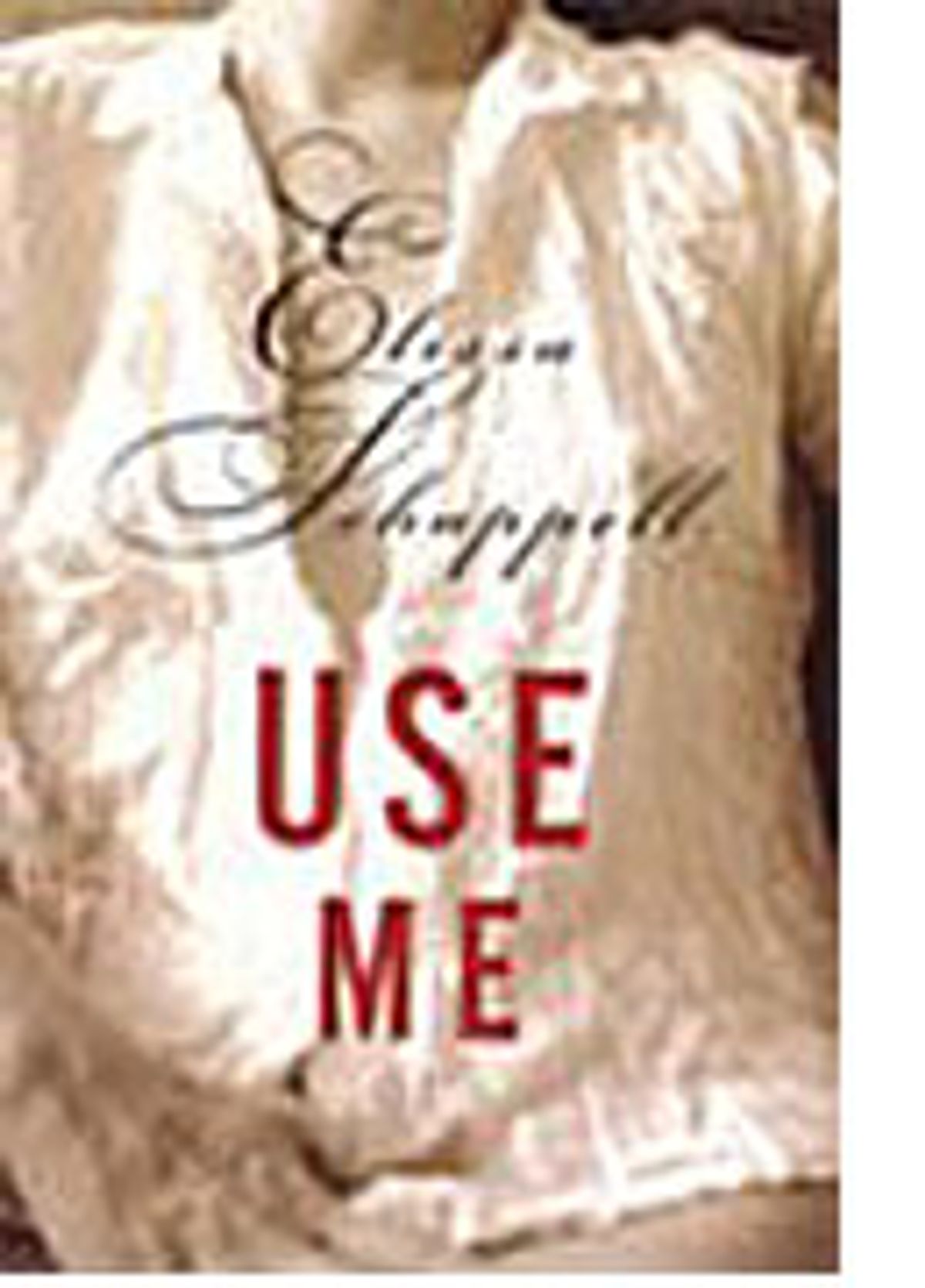 Coming of age is tough enough, but not having the faintest idea what to do when you get there is even worse. That's something Elissa Schappell grasps intuitively in "Use Me," her debut collection of discrete but linked stories, which reads like a novel. The opening story, "Eau-de-Vie," introduces Evie, the central character: Bright, increasingly randy and a little sullen, she's a teenager on vacation in France with her parents (oh, the horror!), touring the wine country. Her secret dalliance with a kind of wild-child French boy might read like just another account of a young girl's first encounter with unbridled masculine sexuality if Schappell weren't so artful at integrating the story's multiple layers.

In that first story, Schappell marks the end of childhood with a sorrowful finality: Evie suddenly realizes she's too big to ever again find solace by climbing into her father's lap. But Schappell isn't taken in by the idea of lost innocence; she seems to realize that more often than not it's thrown away, and that that's not such a bad thing. "Use Me" has eased into high gear by the end of its first story, and if Evie's in for a bumpy ride, we're ready to rumble along. The way she wrestles a rock 'n' roll magazine out of her little sister's hands ("If she got Keith Moon sticky, I have license to kill her ... I love Keith, because he's a wild man") represents tenacity, passion and all manner of possible trouble ahead. She's the kind of character you want to stick with.

Schappell shifts points of view with ease from story to story. In "Bitch Novice," we meet Mary Beth, who is later to become Evie's college roommate and best friend. At first Mary Beth seems like your stock bad girl -- she's sexually advanced for her age, and you wonder if you're supposed to think it's because she's subconsciously trying to get back at her divorced, distant, well-to-do parents. But the story takes an unusual turn when you realize that Mary Beth, at 17, is already on her third abortion.

Schappell doesn't present this circumstance as shocking (Mary Beth herself doesn't find it shocking) but as a simple fact, which is why it's so affecting when we learn that Mary Beth has a bit of a crush on the doctor who has performed the procedures. As he talks to her plainly, explaining with genuine concern and unvarnished sadness why she has to change her life, it's hard to know whom you feel more sympathy for -- a sure signal that a writer has set out to build a believable world instead of just the occasional believable character.

The remaining stories somehow come together as a vital whole, even though they deal with seemingly random angles of Evie's teenage years and their aftermath: her relationships with her parents and her younger sister, Dee; her affection for Mary Beth, tainted with rivalry; her marriage to a musician named Billy and the birth of their kids; and most significant, her struggle with her father's illness and eventual death. "Use Me" is largely an examination of grief and of the difficulty of letting go. Yet it's anything but a mopey book; instead, it gets at the idea that grief is just the flip side of enjoying people so much that life seems incomprehensible without them. When Evie's father is first diagnosed with cancer and the whole family finds itself rattled and unmoored, she does what any number of self-respecting teenagers might do -- she takes up cigarettes:

I started smoking in the woods behind our house, in our broken-down old tree house. I sat staring at our house waiting for something to happen, but of course nothing did. My mom had been talking about how we should all have a family meeting to "rap about our feelings." That never happened either. Sitting there smoking, I imagined generations of my father's family, all smoking, each one of us a smoke ring, a magic trick. We were descended from French horse thieves; we were too mean to die.

That kind of flintiness, which surfaces everywhere in "Use Me," is also what sparks the book's gently enveloping warmth. Lively without ever stumbling over its own cleverness, funny without being smart-alecky, "Use Me" is a story about growing up that's written for grown-ups -- the kind who realize that getting there wasn't even half the battle.