After his televised nuptial debacle, quasi-multimillionaire and erstwhile groom Rick Rockwell milks it -- for a lot less comedy than it's worth. 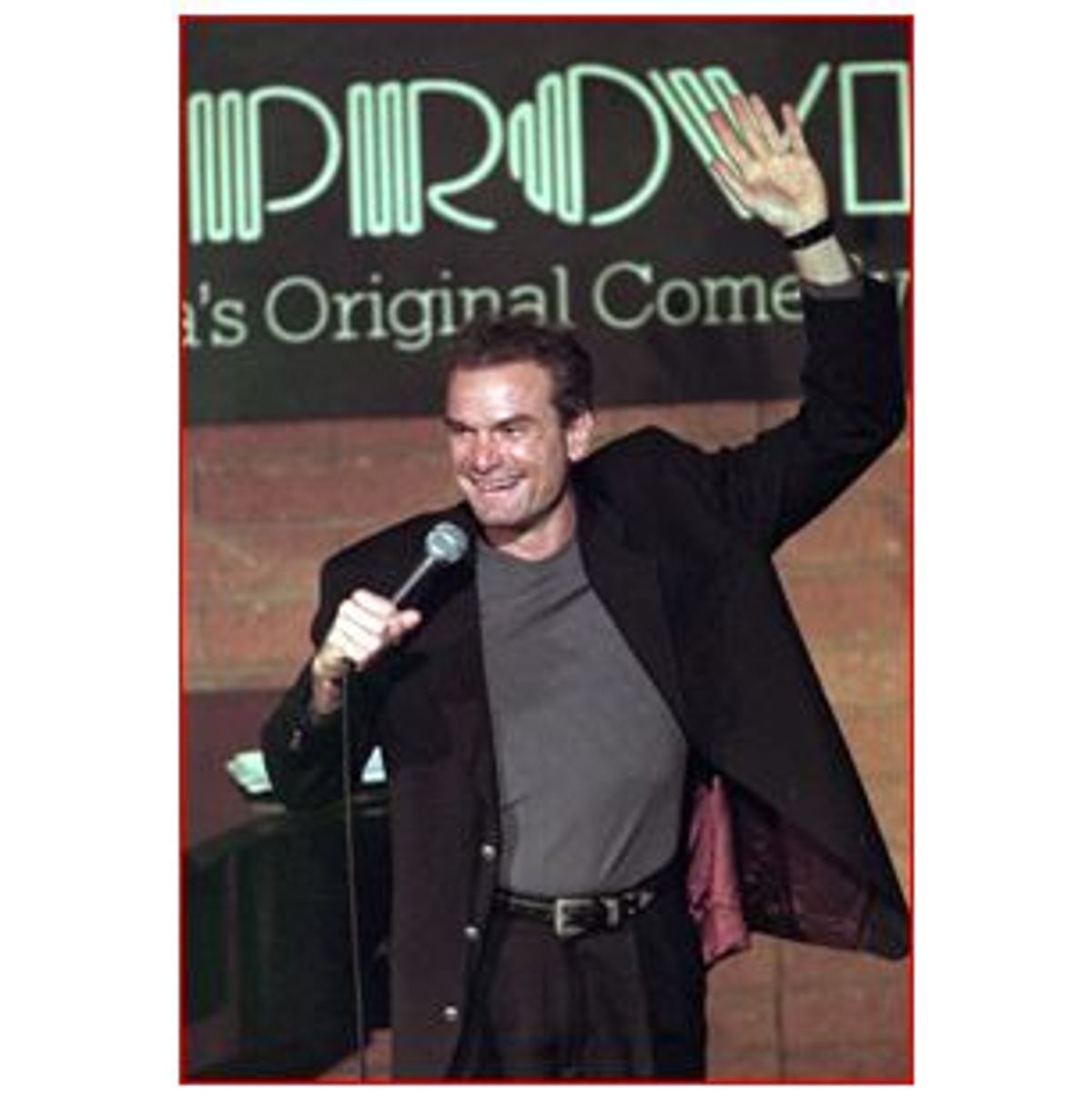 He takes the microphone ... looks soulfully into the crowd ...

And begins to sing.

Rockwell's return to the comedy circuit Friday at the Tempe Improv was sold out, drawing surprisingly enthusiastic fans from conservative Phoenix. The gig was Rockwell's first stop on his national "Annulment Tour," which includes dates in Miami, Chicago, San Diego and Washington.

Outside the Improv, an assortment of network television news crews got shots of female fans holding placards ("I'd Marry You Rick!" and "Will Cook for a Millionaire") and reporters tackled ticket holders: Do you think Rockwell will be funny?

"I don't know," one respondent, Shawna, told an ABC affiliate. "I've heard he was a pretty bad comic."

The reporter jumped: "Then why are you here?"

"I guess I think it will be ..." She paused, struggling to think of the right word. "Entertaining."

Other attendees had similar difficulties articulating a reason for investing in a tabloid celebrity's performance, despite expectations of mediocrity.

Allow me to take a swing at it.

Rockwell (the man who said he was a multimillionaire, but wasn't) and Conger (the woman who said "I do," but didn't) are still the best and most accessible soap opera couple on television. Every detail of their train-wreck tjte-`-tjte has been nationally broadcast, from Q&A courtship and uneasy nuptial exchanges on Fox TV's "When Good Harem Auctions Go Bad" show, "Who Wants to Marry a Multi-Millionaire?" to their fractured "how can they be lovers if they can't be friends?" breakup.

That we, the viewers, may no longer have right or reason to know anything else about this couple has not yet occurred to us. Nor has it occurred to Rockwell and Conger. Both reinforce our sense of gossip entitlement by chatting endlessly on network newsmagazines, turning once again to television producers to improve their lives, and seeming more and more like a perfect match.

So at the Tempe Improv, fans paid $19 per ticket because they wanted to watch this soap opera's latest episode in person. What will Rick say about Darva? After all, last week Darva filed for annulment, and has portrayed Rick as a cheap doofus.

As it turned out, Rockwell had to plenty to say.

Observational stand-up comedians mine their ordinary lives for amusing nuggets. The hotel, the family, the grocery store, the wife, the airport. This is why bits about show-biz disaster and humiliation can work so well. For once, the comic has something interesting to talk about. Take Margaret Cho's acclaimed "I'm the One That I Want" tour, for instance, where she detailed working on a failed network sitcom.

Rockwell has amazing source material and his audience is already in on the joke. It's an opportunity to be brilliantly funny and, even subversive. People want to know: How did he get on the Fox special? What went on backstage? How did he feel up there? How did his family react? What was Darva really like?

Instead, Rockwell gave his audience "Take my wife, please" one-liners: "What was I thinking marrying somebody named Darva Conger? It sounds like an orthopedic problem!"

At the start of his show, the audience still reeling from Rockwell's attempt at song, the formerly unknown comic was joined onstage by Maricopa County Sheriff Joe Arpaio. The ultraconservative, notoriously self-promoting Arpaio (Bill Maher once dubbed him "America's stupidest sheriff") and Rockwell had an awkward, backslapping exchange that played like a "Hee Haw" outtake as written by award show scriptwriters.

"You've already got way too much publicity, probably more than I have," the sheriff says in his toughest, wish-I-were-John Wayne drawl. "So I order you to be funny tonight."

"Watch out," warns Rockwell. "You're looking pretty good to me right now. It was a rough honeymoon."

A sheriff and an alleged stalker, how grand. It's like a direct-to-video buddy-comedy duo: Joe Arpaio is the tough-talking cop; Rick Rockwell is the wisecracking partner. Together they're chasing sound bites and slapping ex-girlfriends in "Who Wants to Get Free Publicity?"

Once on his own, Rockwell launched into his act. He never directly mentioned the ex-girlfriend who filed a restraining order against him nine years ago. But he did mention an ex-girlfriend from nine months ago, seemingly for the sole purpose of emphasizing how pretty she was.

"She's not the one you see on TV," he stressed, and the subtext was embarrassingly obvious: Just so you know, ladies, that skanky bitch badmouthing me on "Dateline" wasn't the best I could get.

And then, there were the endless Conger lines.

James Hibberd is a staff writer at the Westword weekly in Denver.