"The Book of Revelation" by Rupert Thomson

From the English novelist, a tale of brief sexual slavery and the years of dissipation that follow. 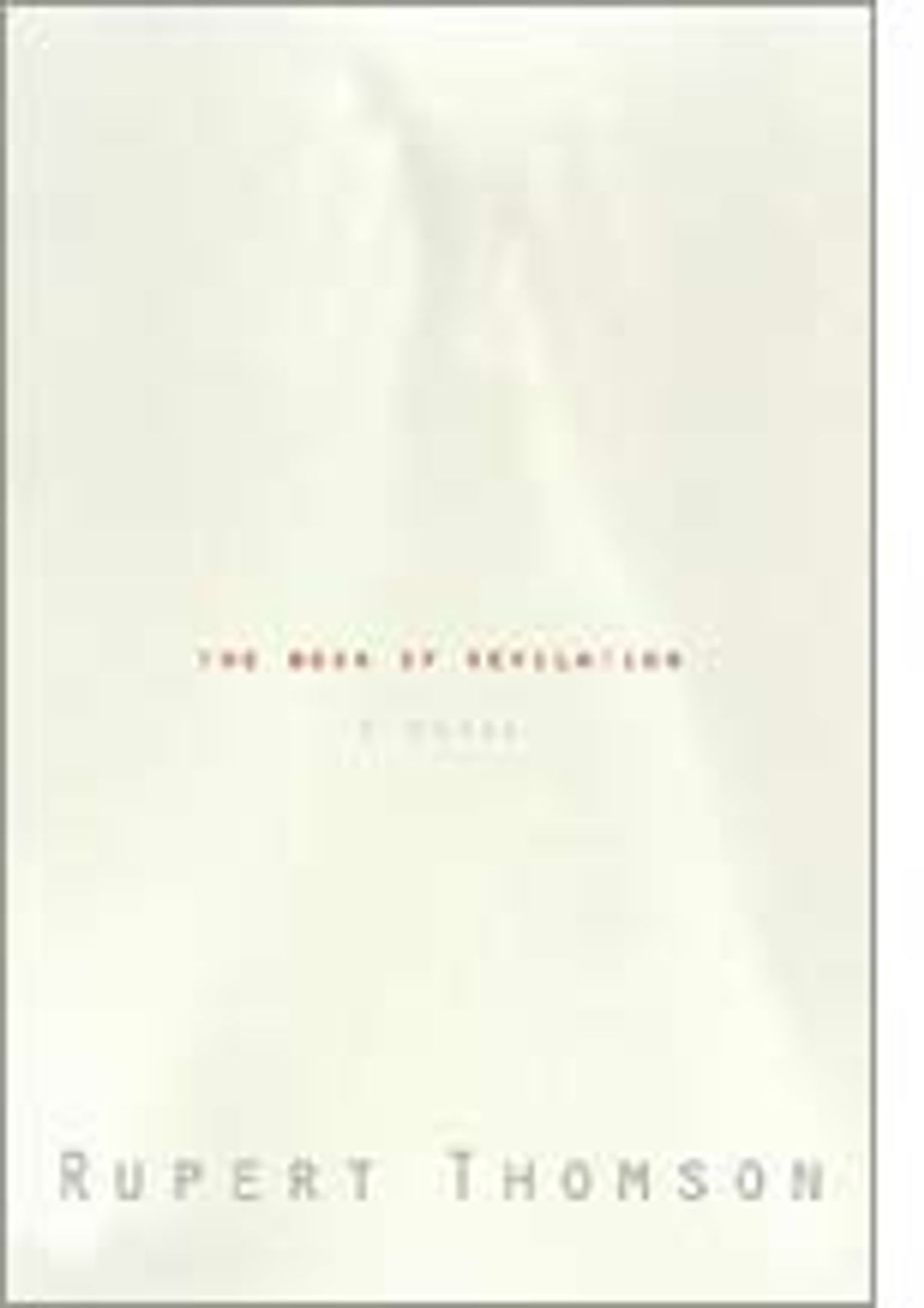 That his torturers are women -- three, to be precise -- is certain to raise eyebrows on America's sensitive shores, as it did in Britain, though it's worth noting that Thomson isn't the first one to swivel the genders of Sadean stock; Quebecois writer Anne Dandurand toyed with the same premise, and with the same chilled, edgy language, in her 1985 short story "Histoire de Q," kindling a minor ruckus in Canadian literary circles. Unlike Dandurand's, however, Thomson's story revolves less around the obvious turnabout in roles -- an easy conceit that's hard to take seriously (can the Stockholm syndrome manifest itself as an erect penis? etc.) -- than it does around its far less obvious and very serious aftermath. Thus, what seems at first glance an exercise in subverted prurience blossoms into a disturbing fable of abuse, which begins, essentially, at the moment the women ditch their victim in that chipper Amsterdam suburb.

Though the city raises its head infrequently, like some drowsily sated beast, Amsterdam proves a perfect match for Thomson's tale. An American writer would no doubt have chosen Los Angeles or, perhaps, in a more classical mood, New Orleans -- both among our tawdrier national corners, with their underbellies of seediness, their moist incarnations of the louche. Thomson's setting bolsters his novel's unlikely premise, so that when the protagonist, a handsome, even beautiful English dancer, ducks down to the street to purchase some cigarettes for his girlfriend and shortly finds himself abducted as a sex slave, it's almost believable.

The qualifier is important here. Despite the crystalline dignity of Thomson's prose, the scenes of sexual impoundment don't always ring quite true (more qualifiers because, yes, I'm hedging here); they waver between dark mischief and fetish-porn clichi. The protagonist's complex responses, however, are splendidly drawn, ranging from anger to appeasement to a sort of empathetic assent:

He had reached a point where he had begun to feel as if his fate was no more or less than he deserved. There was nothing random or accidental about what had happened to him. There was nothing unlucky about it. All those years of performing on stage -- exhibiting himself ... What was dance if it was not exposure of the body? It was as though he had advertised himself.

It's this pathology that prevents the protagonist, once he is released, from disclosing his experience. There are parallels here with female rape victims whose feelings of piercing guilt and shame prevent them from reporting their assaults, but also important distinctions: For one, the protagonist sometimes gleans a prickly pleasure from his imprisonment -- "a feeling that lurked behind the others, shadowy and sly -- insidious: a feeling of excitement"; and also, not insignificantly, he achieves repeated orgasms, something few female rape victims report. He feels so much like an accomplice that he allows his girlfriend to leave him, thinking that he's had "some kind of affair, some perverted liaison," rather than reveal the truth. "I let her believe what she wanted to believe," he says. (Thomson employs the third person only for the internment scenes, engendering a sophisticated distance in them.) "It saved me from having to tell the story. It meant I could pretend that none of it had ever happened."

The five-year span that follows his girlfriend's desertion is intricate, suspenseful and frequently surprising. The shabby elegance of Thomson's prose and the knotty, purgatorial psychology of his plot draw easy comparisons to Graham Greene (which I'm not the first critic to make). Abandoning his dance career, the protagonist embarks on an around-the-world odyssey under the delusion that perpetual motion might cure him. Back in Amsterdam, he undertakes a dissipating sexual odyssey, bedding hundreds of women in an oftentimes vicious hunt for his former captors, combing through bodies for the few details he remembers -- a small round scar on one captor's hip, the blunt, nail-bitten fingers of another, the other's waistless form and curious red hair. Yet the endless tangle of flesh yanks him further and further from his goal:

The bodies of the women I had seen in the white room five years ago were beginning to merge with the bodies of the women I had been with since. They were being super-imposed, one on top of the other ... It was as if I had taken a slide of each woman I had been with, put them in a pile, in chronological order, and then, by shining a light down through the pile, tried to see the three women who were lying at the bottom.

Worse yet, he discovers, he has morphed into a kind of captor himself:

I had become as monstrous as the women I was looking for. That was their effect, their legacy. Like vampires, they had turned me into another version of themselves.

And that, of course, is one of the grimmest elements of sexual abuse: its tendency to echo endlessly within its victims, to reproduce itself, cancerlike, in their future relations. Thomson's portrayal of those festering aftershocks, coupled with his spare but nourishing meditations, is the crux of his book's sublimity. Soaring beyond the lurid contortions of his premise, he expertly toe-steps the darkest edges of human consciousness in this troubling and unforgettable novel.