(with apologies to Allen Ginsberg) 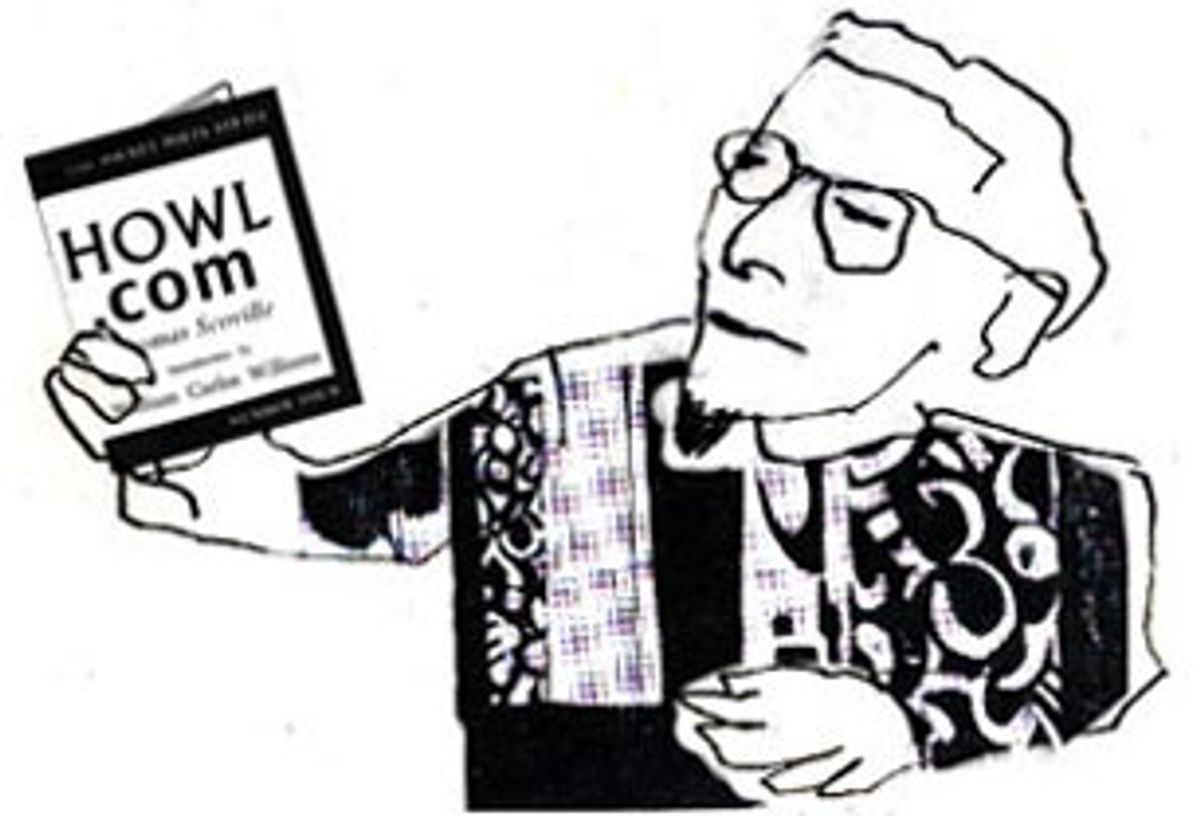 I saw the best minds of my occupation destroyed by venture capital, burned-out, paranoid, postal,

dragging themselves through the Cappuccino streets of Palo Alto at Dawn looking for an equity-sharing, stock option fix,

HTML-headed Web-sters coding for the infinite broadband connection to that undiscovered e-commerce mother lode in the airy reaches of IP namespace,

who poverty and ripped Yahoo tee shirts, cubicle-eyed and wired on Starbucks sat up surfing in the virtual ether of one-million-dollar, one-bathroom condos next to the railroad
tracks, skipping across the links of killer Web sites contemplating ... Java,

who rammed their brains into compilers and saw Intel angels staggering on microchips under the insane weight of investor expectation,

who blew off the search for Truth for as-yet-undreamed New Economy scams, business models hallucinating infocapitalist messiahs on clouds of market cap,

who abandoned lucid dreams of a Better Way for Shockwave fluff and RealAudio baubles dangling from the buggy venality of digital commerce,

who, while haunted by the scowling ghosts of hackers past - Stallman, Nelson, Engelbart - auctioned their immortal souls on eBay, with documentation and a full year of support
included, of course,

who got busted in their spotless Nike cross-trainers traveling through cyberspace with a file of illegal crypto for Open Source,

who ate sushi in Austin or drank microbrews in Silicon Alley, jousting with bad mojo funk of layoffs, Chapter 11, or diluted company stock night after night,

who chained themselves to start-ups for the endless ride from San Jose to Wall Street on adrenaline and Evian, laptop batteries flaming out over Oklahoma, no more vegetarian
entrees, sir, would you like the latex omelet instead?

endless nights of keyboard grinding and corporate microwave popcorn and Jolt Cola until the noise of their own deadlines brought them down, gawping, convulsing, mute, crushed
beneath their own project plans,

who talked continuously about convergence and distributed control and cluetrains and Y2K and extropians and Libertarians and Microsoft and Linux and slashdot and wouldn't fucking
shut up,

who pointed their browsers at Red Herring and Slate and Salon.com hoping against hope that somebody might be able to make sense of the infinitely perverse, ball-busting,
soul-scorching, silicon-supernova black hole that kept them awake all night every night and wouldn't let them alone long enough to find dates in this lifetime,

who tattoo'd and pierced and dyed and branded themselves in a desperate act of self-mutilating cyber-hepster cool, all the while wearing a suit and tie on the inside they could never, ever take off, and praying nobody would find out about the MBA,

who renounced the smokestack relics, the old guard and their father's Oldsmobile only to find that they had been replaced by artifacts even less substantial,

who chanted the free market mantras of laissez-faire and techno-darwinism and Adam Smith's invisible hand-job except when Big Bad Bill the Bully Gates-of-hell came to take away
their lunch.com -- and became Socialists of Convenience.org,

ah, Bill, you are not safe, I am not safe, and now we languish in the dot com pressure cooker hoping for one last buzz of the old hallucinations.

The wrecked avenues, the sullied conduits, the pinched pipes of a quadrillion dropped and ruined packets.

The world wide waits, the denials of service, the infinite hosts of hardcore farm-animal
boredom, ghoulish domain-name squatters jumping out from behind every virtual tree.

These failed revolutions, these paradigms lost, the end of Web Time, and P/E ratios good to last the next thousand years.

forever, and ever, ka-Ching.