The legendary leader of the Kinks ventures gamely into fiction. 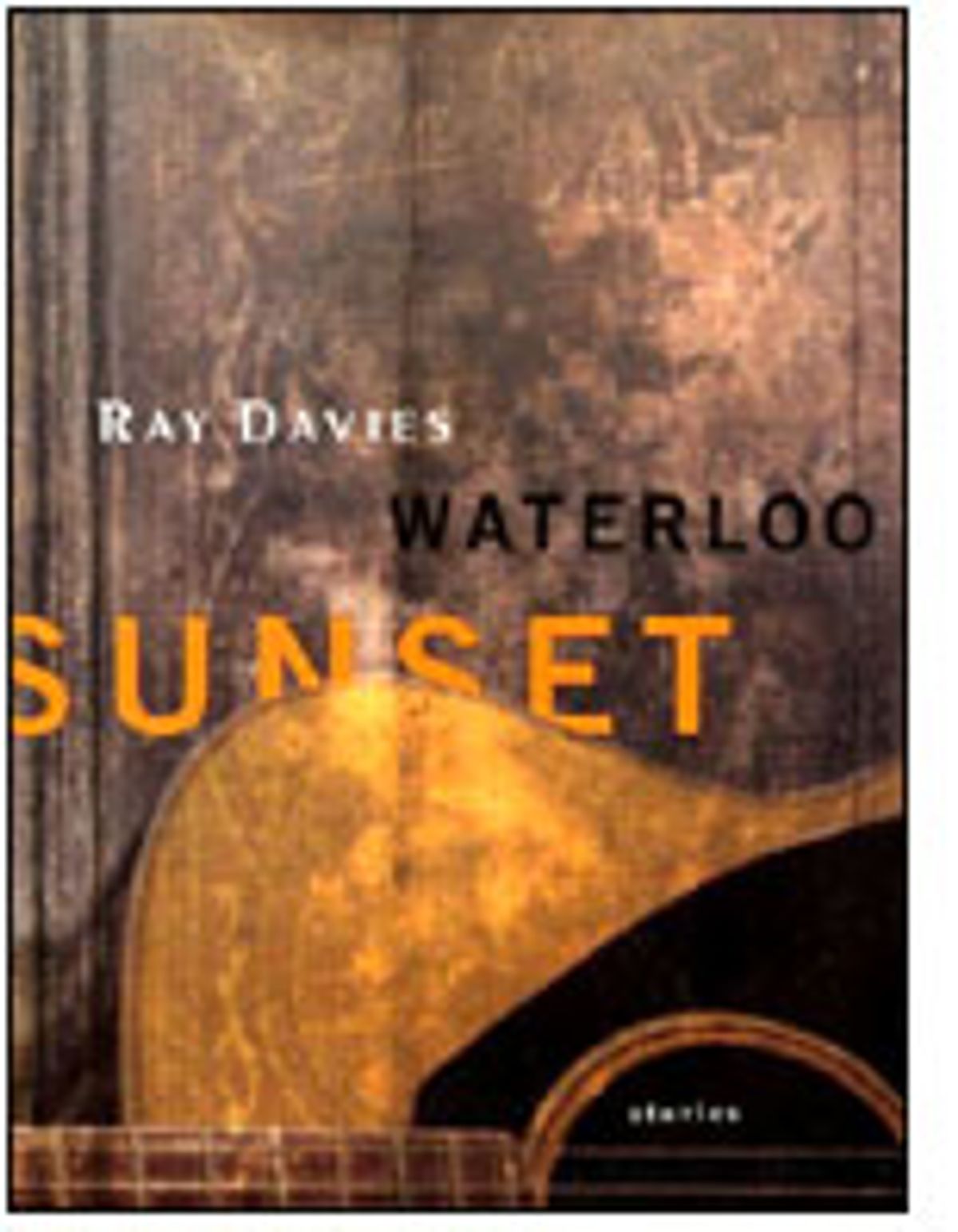 The best songs are often like little novels, their narrative bound up in the spaces between the words if not in the words themselves -- which is why if the world made any sense at all, songwriting and fiction writing would be interchangeable skills.

They're not, of course. But Ray Davies' debut collection of short stories, "Waterloo Sunset," is like a little window into the space where great songwriting and solid fiction writing intersect. Davies, leader of the Kinks and one of the greatest pop songwriters of his (or any) era, isn't the world's most masterly prose stylist. He's at his best when he writes simply. The last story in the book, told from the point of view of a serial rapist and murderer, seems muddled and overwrought, as if Davies had tripped over himself in trying to be writerly and profound.

But most of the other stories in "Waterloo Sunset," with their recurring characters and loosely linked narrative, hang together nicely -- they have a deliciously relaxed, unself-conscious feel. Most of them are at least fleetingly, if not overtly, self-referential: Davies recycles the names of his songs ("Art Lover," "Afternoon Tea") into story titles. He quotes his own lyrics freely, using them to bolster the stories of characters who, in turn, often connect with characters in his songs. One of the key figures in the book is a washed-up English rock 'n' roll songwriter named Les Mulligan, who's had a reasonable degree of success in his day but who now lingers in the shadow of that other quintessentially English songwriter -- the guy who wrote "Waterloo Sunset."

Somehow Davies manages to make it all engaging instead of gimmicky. His cast, in addition to Mulligan, includes wily manager and deal-maker Richard Tennent, who loves making money but who also, shockingly, seems to want to do right by his clients; a record-store nerd who can't bear to look at life except through the lens of rock 'n' roll; and an elderly widow who reflects on her encounter with a dashing stranger at a seaside resort years ago. You can easily read many of the stories in "Waterloo Sunset" as autobiographical, in their overall feel if not in their specifics: They have too much of the air of personal experience to be completely made up. When Les goes back to his mother's flat after her funeral and plunks out a discordant rock 'n' roll number on her out-of-tune piano, realizing what a shame it was that there was no music at her wake, the vignette has so much stark emotional purity that it rings true to a specific life, whether its details are inventions or not.

And when Les rambles on, sometimes neurotically and sometimes poetically, about the process of songwriting, he sure seems to know what he's talking about. As he sits down to write a song about a woman he loved who died too young, he explains its structure in a way that makes it a kind of road map of his own feelings:

Les played her tune over and over and wondered why when writers make up songs, they make the middle last only eight bars -- the middle eight, or bridge that takes you from one part of the song to another. Carol had helped him go from one part of his life and on to the next. Carol's song was short, but her bridge was 48 bars long. Sometimes the memory sticks and won't go away. The bridge goes on a little longer.

Davies' charm isn't always the soft kind. Not all of his songs are about afternoon tea and quiet village life (think of the unreserved bitterness of "David Watts"), and his stories, too, can cut: The stormy, passionate domestic brawls between Les and his girlfriend, Donna, present the sort of caustic truth you'd rather not face up to in the couples you know.

There's no denying that Davies is a better craftsman of songs than of short stories. But his perceptiveness as a songwriter serves him well in his prose. Like the central character in the song "Waterloo Sunset," who watches from his far-off window as two lovers meet in the train station, Davies takes his greatest pleasure in observing people. If he gets them down on paper only half as well as he's able to crystallize them in a song, he's still doing pretty damn good.