Being a vegan doesn't make you a nut. But it does improve the world, a few animals at a time.

By Molly A. Scoles 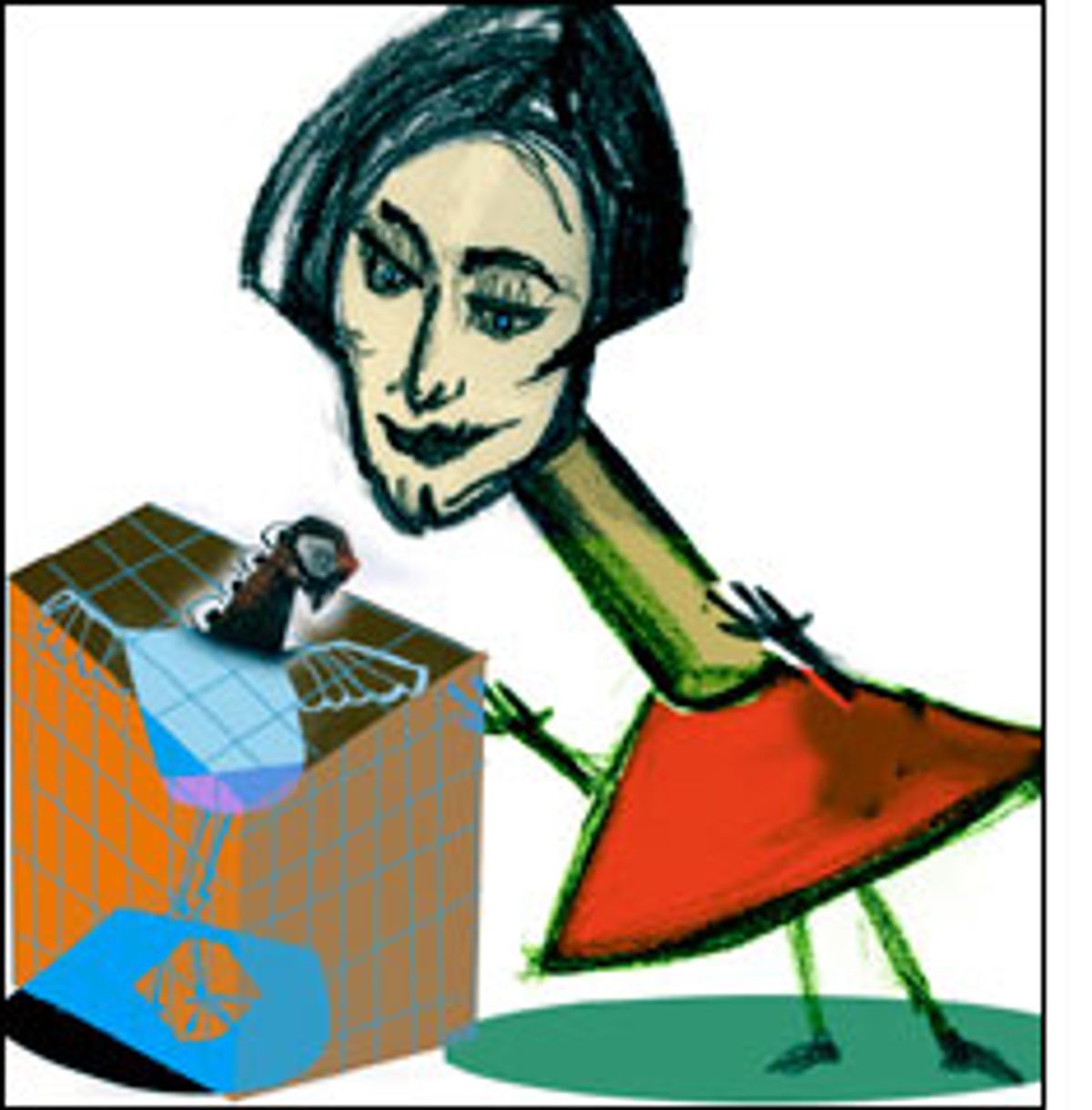 I'm an average, single, American woman.
I dress well, have decent taste in
music, I date, vote, read the New
Yorker, watch sitcoms and hold down a
good
job. People like me and respect me --
until it's time to eat.

When I tell
people I'm vegan, every good quality
about me is tossed to the side. Suddenly
I am a tree-hugging hippie with radical
ideas and a penchant to burn my bra
and pass out communist literature to
schoolchildren. I brace myself for the
barrage of questions and comments one
usually reserves for criminal suspects
and prisoners of war. I ignore snide
remarks from carnivores. ("Well, you can
have the salad -- I'm ordering
the porterhouse!") I wince at
well-meaning
people telling me they are vegetarian
because they only eat chicken. I smile
at the folks who have never met a vegan
before. ("What do you eat? Grass?")
Through it all, I quickly answer their
questions (usually it's just one: "But
why?") without being preachy and pray
the subject will be dropped so I can
eat in peace. But it never is. I am an
outcast who will never again fit in
socially until I eat a Whopper.

The simple definition of a vegan is one
who doesn't eat anything that comes
from an animal. Not just the meat, but
the byproducts. Eggs, milk and cheese
are all out. Forget honey, glycerin,
gelatin and casein (a milk-derived
protein). Most vegans also shun leather,
wool and other clothing made from
animals.

I've been a vegetarian for three years
and a vegan for two. My reason is
simple. I am opposed to factory
farming, which is where most meat and
dairy
in America come from. The meat, egg
and dairy industries want us
to forget where our dinner comes from.
They've sanitized the husbandry and
slaughtering process by giving us clean,
neat packages of boneless chicken,
bacon and steak. They've used a
wide-eyed, thick-lashed, talking cow to
pitch cheese and made us believe that
eggs come from a carton, not a sickly
chicken whose back end looks as if it has
been turned inside out from
overlaying. When I try to explain what
goes on at a chicken "farm" to people
who press me, they tell me, "Stop! I
don't want to hear this ... I may not
ever
eat chicken again." That's the point.
People put their gut feelings and
moral convictions aside when it comes to
eating.

I'm not opposed to eating animals or
their byproducts and I am probably the
only vegan in America who respects and
admires musician/hunter Ted Nugent.
Nugent has put some respect into hunting
and taught people that hunting, if done
properly, is an honorable act. Feeding
one's family off the land is
honorable. There's no dignity in buying
one's meat from a huge conglomeration
that tortures, then slaughters, its
"product."

I'm not about to go hunt and kill my
dinner (who has time these days?), so I
simply choose not to eat animals.
Thanks to the megacorporations that
have
pushed the individual farmer out of
business, or gobbled up his or her farm
operation, finding a small farm that
sells humanely extracted dairy products
and eggs at a reasonable cost is nearly
impossible. So I do without. I
certainly don't expect people to take to
the woods to gun down their dinner.
Nor do I expect anyone to raise chickens
in their garage for omelets at
Sunday brunch. I wish people would take
a minute and think about exactly
where their food is coming from before
they inhale that pork chop. And stop
giving veg-heads such a hard time!

Sure, meat and other animal products
were delicious to me when I ate them.
But no craving I have is worth the
suffering animals go through to fill my
stomach. It's just food. There are
plenty of other things to eat that don't
involve animals. Maybe if enough people
raise a big enough stink, the meat
and dairy industries will give the animals
they raise and slaughter a little more
respect. Until then, pass the veggies.

By Molly A. Scoles

Molly A. Scoles works at an environmental consulting firm in North Carolina.

MORE FROM Molly A. Scoles