The drug should not become the moral equivalent of, or substitute for, better parenting and schools. 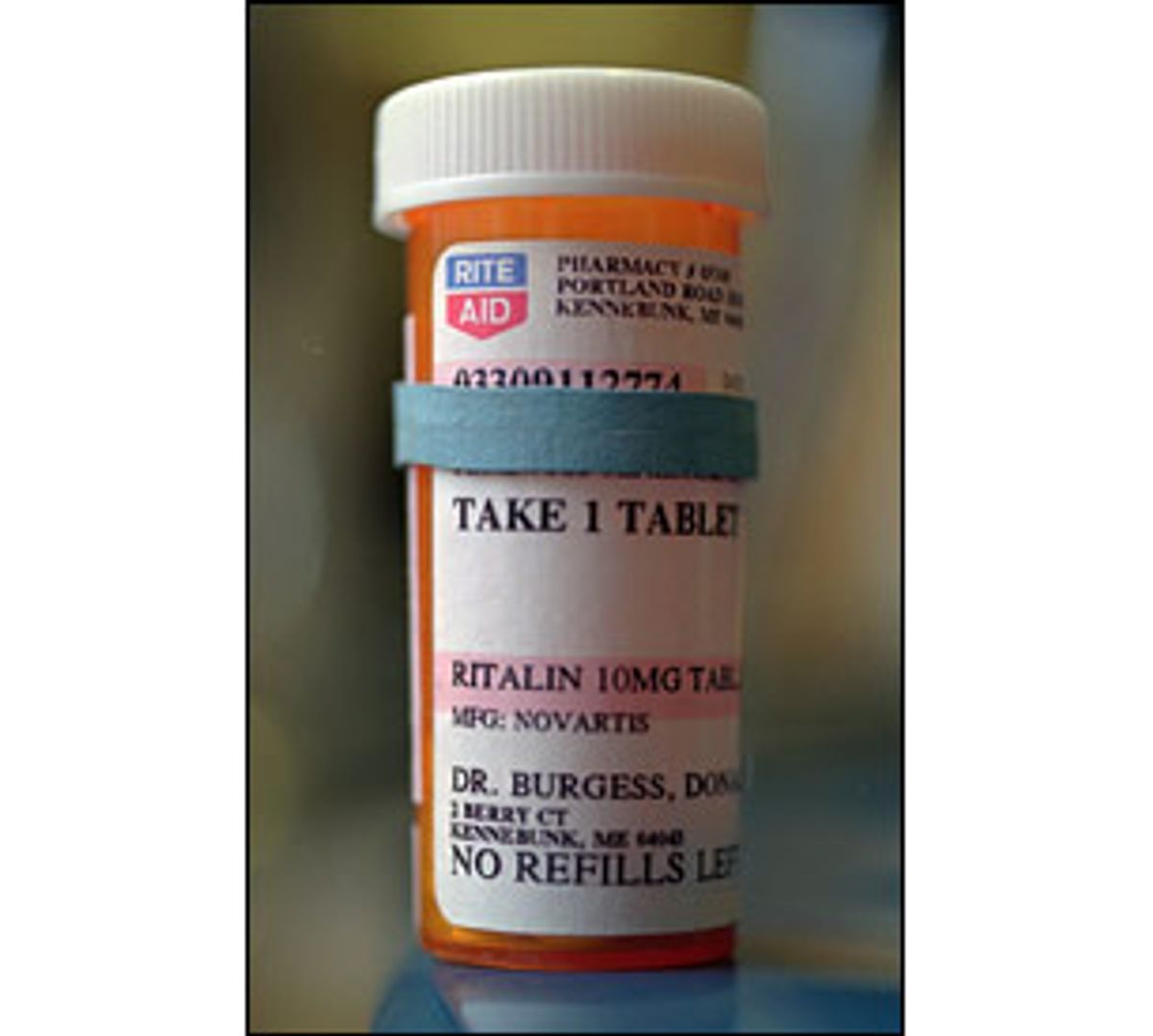 Ritalin was very busy last week. Twice, the controversial drug for the treatment of attention deficit-hyperactivity disorder (ADHD) made it to TV network news shows and the front pages of newspapers across the country. First Hillary Clinton, in her capacity as children's advocate, announced that the National Institutes of Health would fund a multimillion dollar study of ADHD and Ritalin use in very young children. This followed publication in JAMA of a survey that found toddlers in increasing numbers were being given Ritalin and other psychiatric drugs. Later in the week, a story on the death of a college student from illegal use of psychiatric drugs also reported on the widespread availability of prescription stimulants on campuses throughout the country.

A preliminary study from Wisconsin has found that one in five college students has used Ritalin, Dexedrine or Adderall without a doctor's supervision. The medications are usually obtained from students who've received the drug legally from a doctor for the treatment of ADHD.

At the extreme these stories of Ritalin use serve to highlight concerns that many doctors, school nurses and child psychotherapists have had for years over the increasing use of stimulants in our country. Ritalin production and use, nearly all for the treatment of ADHD, increased 700 percent in the 1990s. Only the most die-hard skeptics challenge the notion that something we call ADHD exists. The problem is defining who has and doesn't have the excessive impulsivity, inattention and hyperactivity that are the cornerstones of the ADHD diagnosis. Widely varying rates of Ritalin use attest to the subjectivity of the diagnosis.

The answer to the question "Is Ritalin over- or underprescribed?" is yes depending upon the community you assess and your threshold for the ADHD diagnosis and Ritalin treatment.

This problem is highlighted with Ritalin use now extending down to preschoolers. How much hyperactivity is "excessive" for a 2- or 3-year-old? What is expected of a toddler these days that could constitute a problem great enough to require psychiatric medication? In what ways, if any, has children's environment contributed to the problem by failing to provide the consistency of affection and discipline these children often need in abundance? While the toddler questions are grabbing the nation's attention, these same issues apply to the use of Ritalin in school-age children as well.

According to the JAMA survey, most of the toddlers taking psychiatric drugs were not getting any other services. This is also consistent with patterns of treatment for older children. That Ritalin "works" in the short term to improve the focus of children with ADHD is well known. That does not make Ritalin the moral equivalent of, or substitute for, better parenting and schools.

Some say we simply cannot afford the costs of effective non-drug treatments for ADHD; Ritalin is cheap compared with paying for parental counseling and smaller classroom size. A Swiftian response might modestly propose the following: With about 4 million children currently taking Ritalin and classroom size averaging 30 kids per class, why not increase the number of children taking Ritalin to 7.5 million so we could increase classroom size to 45 and save a lot of money?

A less well known fact is that Ritalin improves everyone's performance, child or adult, ADHD or not. College students are discovering on their own the "universal benefits" of stimulants. Unfortunately, it appears that every 20 years or so American doctors and patients lose their collective memories about the dangers of doctor-prescribed stimulants. Our last epidemic occurred in the late 1970s when Dexedrine was used unsuccessfully as a diet aid and many women became addicted to the drug.

Ironically, the only thing paradoxical about using stimulants for hyperactivity is that they're actually safer for children than for adults. Children do not self-medicate and they complain when they feel weird or nervous on higher doses -- not necessarily so for their adult-counterpart ADHD sufferers.

America's century-long love affair with stimulants continues. No doubt there is a place for these drugs for a limited number of children and adults who are compromised in virtually any situation. But every day another Tom Sawyer or Pippi Longstocking gets a Ritalin prescription because their round or octagonal personalities do not fit into their school's square educational holes.