If you fold it, they will come

Minor league baseball is bittersweet. The players are praying for a ticket out, and it's even worse when the team is looking to move, too. 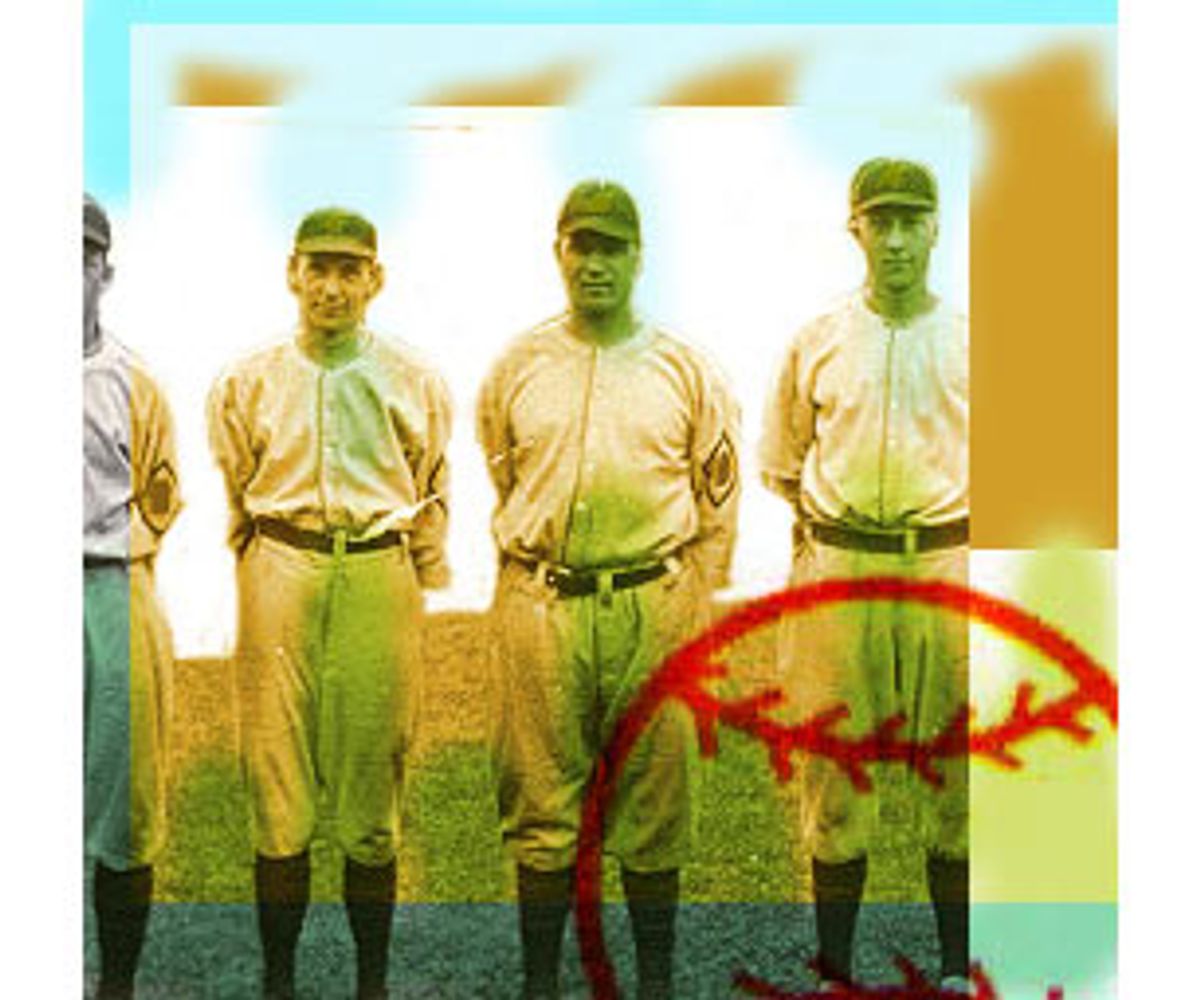 As is the case most years, they held a
World Series last October. And as is so
often the case, the New York Yankees won
it. There followed the usual parade and
emotional speeches, the players
relishing that sweet period between the
final out of the season and Daryl
Strawberry's next drug suspension. A
happy ritual, playing out as it should.

A month earlier, there had been another
World Series -- the Triple-A version.
The minor league championship differed
from its more famous parent in a number
of ways. It was held in a neutral site
-- in fact, probably the most neutral
site in America, Las Vegas, where fan
loyalties await the publishing of the
morning line.

The underdog Vancouver Canadians took
the series, defeating the Oklahoma
Redhawks. Although the team celebrated
in traditional jumping-jack fashion,
they did so in front of nearly empty
stands. But the real difference between
Triple-A and the Show became evident the
next day -- unlike the victorious Yanks,
the Canadians did not return home in
triumph. They didn't return to Vancouver
at all, nor have they since. This spring
the defending Triple-A champs are
congregating in Sacramento, Calif., as
the newly renamed River Cats. For the
now-defunct Vancouver Canadians, victory
was truly final.

Named for a Vancouver fast-food king,
the city's Nat Bailey Stadium is an
old-fashioned gem, generally loved by the fans. Tommy Lasorda called
it one of the prettiest ballparks in the
world (despite the odd fact that the
spectators with the best view are the
three outfielders; the gorgeous Coast
Mountains are on the wrong side of the
stands). But a couple of seasons back, the conventional wisdom suddenly changed -- or so the park's owners would have us believe -- and the old gem wasn't quite so lovable.

The Canadians home park was revealed to
be a hopeless relic: crummy player
facilities, no luxury box revenue, seating for
only 5,000. "Not financially viable,"
the owners said, and the death watch was
on. Before the 1999 season, a deal was
struck -- the Canadians would play one
more year in Vancouver, then head south
to the California capital.

Early September 1999: It's the night of
the last regular season game. From his
seat behind home plate, longtime
Canadians fan Bob Hilditch looks around
at a packed Nat Bailey. "Everybody loves
a winner," he says. Sure, and everybody
slows down at a car wreck. It's a
toss-up which principle is at work here.
True enough, the team ran away with its
division and will shortly begin its
successful playoff run, but it's also
the beginning of the end for a longtime
Vancouver institution. Whether it's the
smell of a winner or the smell of death,
something is bringing a throng through
the doors of the Nat. Maybe they're
looking for bargains -- liquidation
prices on nacho cheese sauce and giant
vats of mustard.

Tinny speakers play the Verve's
"Bittersweet Symphony." It fits.
"California Dreamin'" would work, too;
the Canadians are the farm team of the
Oakland A's. With the possible exception
of the security guards there's not a
uniformed employee in the park who isn't
hoping to reach the Golden State long
before the Canadians do.

That's the aspect of minor league ball
that can make it a tough sell. Even when
the franchise isn't getting ready to
blow town, the players are. Sports fans
long for the elusive magic that descends
on a team when it jells into a
championship contender. But minor league
teams exist mainly to be cannibalized by
their major league affiliates, and
players who do win pennants are usually
praying their reward will be a ticket
out. Kind of spoils the mood.

Still, minor league baseball has plenty
of compensatory advantages. Small parks,
reasonable ticket prices, no prima
donnas -- pro sports as it ought to be,
on a human scale. Even the Nat Bailey
scoreboard is manually operated. In
section 3, a kid attending his first
ballgame peppers his uncle with
questions. "Why isn't that one good?" he
demands as a ball sails out of sight
toward the parking lot.

"Because it was a foul ball," Uncle
explains. "See, it was outside of the
white line. Those ones don't count." Two
innings later, the kid is a veritable
umpire. "That's a foul ball!" he shouts.
"Three balls and two strikes on the
scoreboard!"

Behavioral scientists believe children's
brains are hard-wired to pick up
language skills. Watch a kid at his
first game and you quickly develop the
impression there's also some baseball
circuitry in there. (Back in the stands,
another tyke sees a vendor walk past and
yells, "Gimme a beer!" They've probably
got circuitry for that, too.)

"Hey, this has been a slow game," says
one spectator. "Well," his friend
replies, "they're beating the crap out
of us. It takes a while."

It's true. In this meaningless
season-ender, the Memphis Redbirds are
checking Canadian fans into the
Heartbreak Hotel with an old-fashioned
whuppin'. Never mind -- the playoffs lie
ahead and in the meantime there are
other spectacles to enjoy.

Between innings, another minor league
staple: goofy competitions for the fans.
In the ever-popular spin race, two kids,
usually a boy and a girl, spin around
until they're thoroughly dizzy, then run
for the finish line. Tonight's boy
contestant makes a crucial error -- his
competitive instincts take over
immediately, in the spinning phase. He
spins with vigor and enthusiasm. His
more prudent female rival spins much
more modestly. The signal is given, she
makes a beeline down the track, he
lurches two drunken steps and careens
into the turf.

Kids learn many important life lessons
at the ballpark.

Hilditch has been around long enough to
recall the glory days. "Back in the late
'50s on opening day they had the
outfield roped off and people were
standing 20 deep. Plus there were
bleachers along the baselines, and they
were full too."

Tonight the glory days are back, if only
to bid a final farewell. After the game
the Canadians stage a truly corny
spectacle -- in a "Field of Dreams"
sendoff they construct a little
cornfield behind second base, play a
recording of James Earl Jones reciting
hometown boy W.P. Kinsella's stirring
words about the meaning of baseball, and
have the team emerge from the corn in a
fog of dry ice. "If you build it, they
will come," whispers a voice on the PA.
Close. Tonight, it's "If you fold it,
they will come."

Nat Bailey will not stay dark this year.
A Single-A franchise (stolen from
another, even less fortunate Oregon
ballpark) will play a shorter season,
stocked with players whose shot at the
bigs is that much longer.

Meanwhile, California's River City has a new team -- and not just any squad, but the Triple-A champions. Once again, as they have in the past, Sacramento fans will have the lovely, languid opportunity to while away hot summer
evenings at the park. And the players will continue to keep one eye on the ball and the other on a brighter future, to be played out somewhere else.