The recent Supreme Court decision on nude dancing had Justice O'Connor ruling on G-strings and pasties. 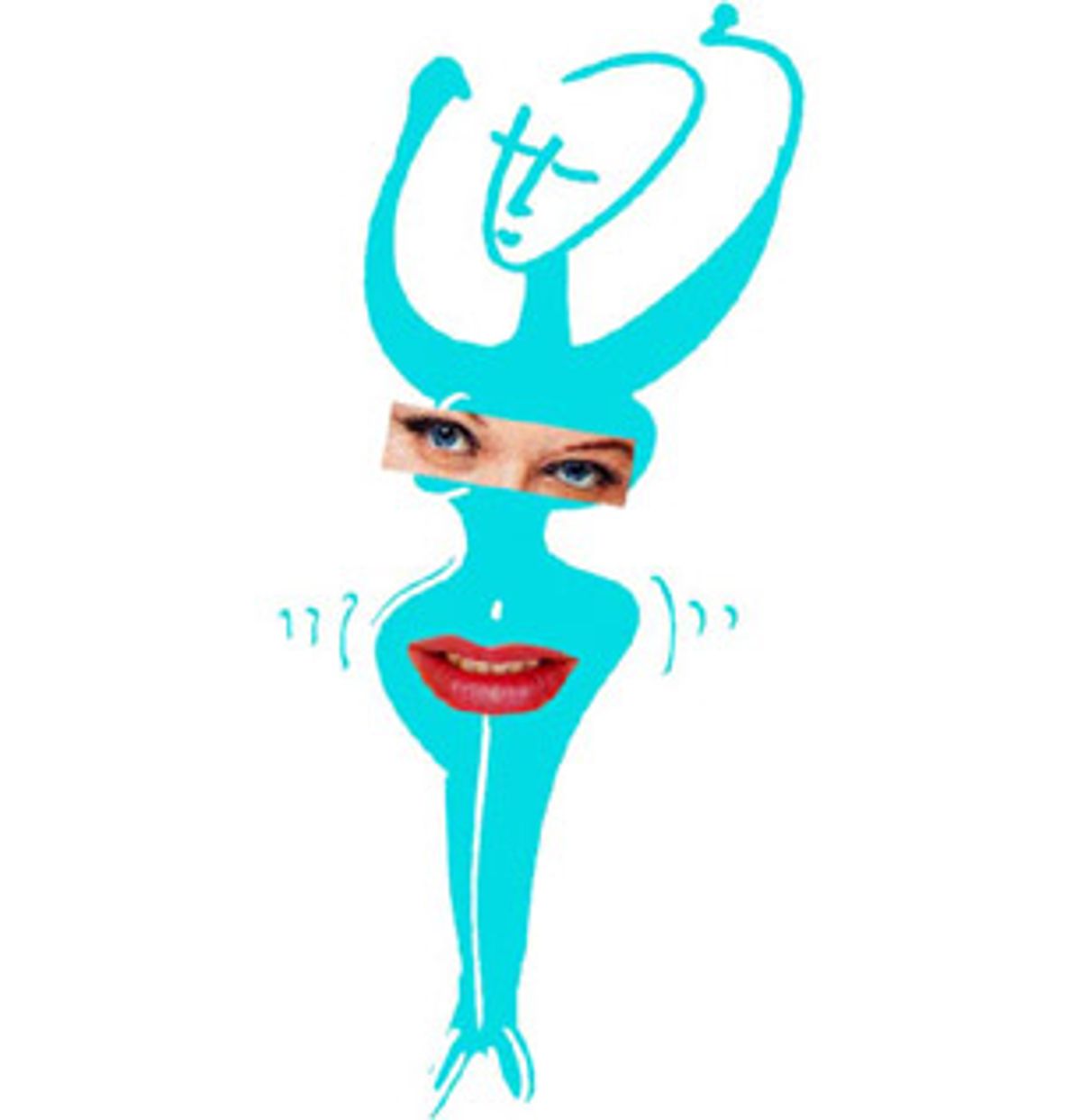 Police departments, cut your budgets. The Supreme Court has decreed that pasties and G-strings can protect "the public health, safety and welfare."

In last week's decision to uphold a ban on nude dancing in Erie, Penn., Justice Sandra Day O'Connor waltzed around the First Amendment protection of "expressive conduct" by arguing that the Erie ordinance was regulating conduct, not symbolic speech. O'Connor reasoned that since it targeted the "secondary effects" of lowlife behavior outside the strip club Kandyland, the pasties and G-strings requirement didn't limit expression.

Hypocritical horndog Clarence Thomas joined Antonin Scalia concurring in the decision but "disagreed with the mode of analysis." Thomas dittoed Scalia that nude dancing is not protected expression: "There is no need to identify 'secondary effects' associated with nude dancing that Erie could properly seek to eliminate. The traditional power of government to foster good morals, and the acceptability of the traditional judgment that nude public dancing itself is immoral, have not been repealed by the First Amendment." Plus G-strings will keep those pesky pubic hairs off your Coke.

In his dissent, John Paul Stevens (joined by Ruth Bader Ginsburg) jumped on the absurdities like a lap dancer. "In what can most delicately be characterized as an enormous understatement," he wrote, "the plurality concedes that 'requiring dancers to wear pasties and G-strings may not greatly reduce these secondary effects,'" such as increases in crime, prostitution and sexually transmitted diseases.

How did the justices determine that fabric slivers would save our neighborhoods and were worth limiting freedom of speech? Did they "know it when they saw it" -- or had they even seen it?

To gauge the expression of All Nude Girls, I decided to take in their symbolic speech myself. Unless I saw, I would never know if communication of a bare nipple is muffled by a tiny doily or a mohawk of pubic hair by a thong. I wondered if any justices had used the ruling like I did, as a good excuse for their first visit to a strip club.

I invited my friend Karen, who had been to stripper bars before, and my friend Julia, who had not. We picked a "Gentlemen's Club" in downtown Washington with no cover or drink minimum. As we waited in line, I asked the chatty doorman about the Supreme Court ruling, and he quickly answered, "It's expression as far as I'm concerned." He then defended the stripping biz with logic as twisty as O'Connor's: A) His day job is teaching autistic children, so B) he's a good guy, so C) strip clubs must be OK.

As we walked in, a wholesome redhead named Angel was swinging her bare moneymaker around the tiny stage, a 5-foot square raised a foot-and-a-half off the ground. A horizontal bar hung above; the girls steadied themselves with it, swung from it and occasionally did pull-ups. The ceiling was low enough that the tallest girl, a Russian immigrant called Star, scraped her platform shoe on it during a Rockette kick.

There was no backstage, so each dancer hobbled up from one end of the long room in her 5-inch heels and tight dress. The previous dancer, after pulling her clothes back on, gave the new one a hand up, then stepped gingerly off the platform and hobbled back to the dressing room. The new dancer hung up her purse, then grabbed a bottle of Windex from behind a lami curtain and washed the previous girl's sweat off the mirror behind the stage. Performing these homey rituals every two songs turned the gorgeous, costumed artistes into sexy domestics, which seemed possibly intentional.

The moment I took out my notebook, a second doorman rushed over to ask what I was writing. I said the Supreme Court ruling had brought me out and he rejoined aggressively, "I don't see any secondary effects, do you? I don't see any prostitution or drug dealing, do you?" I didn't, though the girls did spend a lot of time working the room and sitting with the men who stuffed the most into their garters. And when I returned to my car at the end of the evening, lo and behold, my car stereo had been stolen. Whether the thief was spurred on by un-G-strung labia I will never know.

We watched all 10 dancers express themselves twice, and each of us could pinpoint our moment when it plunged from intriguing to banal (about an hour and a half for me). Until that crash, the perfect bodies in motion held our attention along several tracks, including the tangential lust generated by watching, with men, a beautiful naked person 7 feet away. But, unlike our fellow patrons -- mostly young, handsome, preppy guys with zombie faces -- we also got to study hair-removal techniques close up and envy/marvel at their flawlessness. All three of us independently went "yeah" and pumped our fists like March Madness fans when one leggy beauty twisted just the right way to summon a whisper of cellulite on her butt for a few seconds.

Angel, Star and the rest used light, music, movement and their bodies to create an illusion, just like any theater performance. (An Erie production of "Equus," featuring naked people, was not prosecuted under the nudity ordinance.) Nudity on stage always packs a dramatic punch, and the strippers' artistic arsenal would be compromised without it.

Angel's crotch, for example, did personalize her expression. Her body was as flawless as the other dancers', but her red pubic hair was less groomed, which helped her craft a sort of heartland tomboy character. Her tips shot up as the night wore on and the men grew maudlin: The girl next door became more appealing than the Vegasy statues. In her dance to Tom Petty's "Free Falling," Angel pulled down her skirt, then her thong, then her top to the titular chorus, which was funnier than any other move I saw.

All the strippers agreed that pasties and G-strings stifle their earnings as well. In her thick Russian accent, Star said, "When you dance in a G-string, it is not so expressive, and guys don't tip as much." Heather, a sullen ectomorph who directed her onstage gaze at the mirror only, praised the wider range of choice, pointing out that "You can express yourself by not taking off your G-string, if you want to say, you know, F.U."

Strip joints aren't the only places where the right to say F.U. is under siege. Last week, the Senate almost passed a constitutional amendment to make flag burning a crime, a debate also framed as conduct vs. expression. The Erie case's precedent, United States vs. O'Brien, found that a war protester who burned his draft card was unprotected by the First Amendment.

All the '60s politics revived to tilt at symbols converged on the cafi au lait-colored body of Kiya, a stunning Janet Jackson look-alike. For her final number, she started in an American flag bikini top and a long matching skirt. Her song was "American Woman," originally by Canada's Guess Who, appropriated here by hippie throwback Lenny Kravitz.

As Kiya tossed the flag skirt away to reveal Old Glory butt floss, Lenny K. railed at war machines and ghetto scenes. It was all pretty fabulous -- countercultural dissent in sequins, bought and sold back and forth, a sassy, cynical spin on Jimi Hendrix's "Star-Spangled Banner" and guitar-burning at Woodstock.

Kiya shrugged off her bikini and clung to the overhead pole, fluttering her long body like a clean sheet. She flashed her brilliant smile at a big-spender special friend, a dark-skinned black man in a blue suit standing at her pedestal. She caressed his hair, looked tenderly into his eyes and turned him into an ATM. He slid bill after bill into her garter as she steadied herself with one hand to the ceiling.

A chunky white man in his own blue suit appeared at Big Spender's side and briefly jostled for position at the garter belt. A triangle of aggression formed at Kiya's feet as the padded shoulders pushed against each other threateningly. Then suddenly the two men were embracing. Kiya beamed down at them like some morphed hologram of all the world's beauties, and then they took turns pushing bills into her garter. The black guy and the white guy admired the sunflower of money bursting from her thigh, hugged each other again and returned to their seats.

Not expression!? As Redskin John Riggins told O'Connor in another context, "Lighten up, Sandy baby." Kiya's "American Woman" number got commodification, dissent, racial vs. sexual loyalties, power and nationalism into three minutes on and around a tiny stage. I had to admit that a G-string and pasties would have added another layer of hypocrisy, flash and delusion, but I don't think that's what O'Connor was getting at.