A veteran journalist relates the full horror -- brutality, oppression of women and genocide -- of the new Afghanistan. 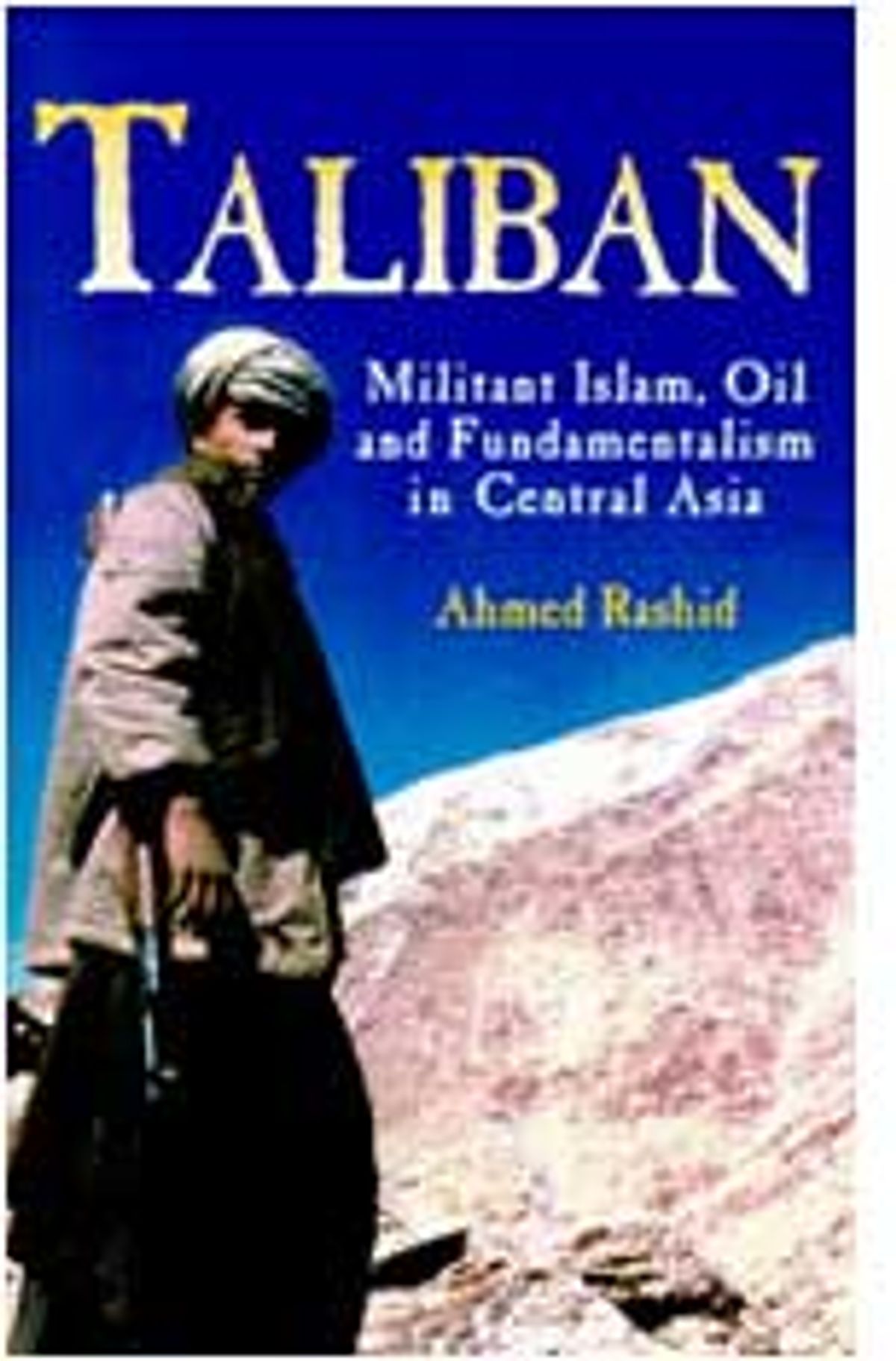 Sometime in 1994, as Afghanistan tumbled into disarray in the wake of the civil war that followed the 1989 Soviet withdrawal, there emerged a highly secretive and heavily armed group known as the Taliban. Its declared purposes were to restore peace, to enforce traditional law and to defend the Islamic character of Afghanistan. The world now knows the rest of the story. After the cleric-led movement captured Kabul, the nation's capital, in September 1996, it became clear to all observers that the Taliban represented a very troubling development in Islamic radicalism.

The Taliban, which springs from the Sunni branch of Islam, began a genocidal campaign designed to wipe out Shiite Muslims from much of Afghanistan. It openly countenanced international terrorism, harboring the criminal mastermind Osama bin Laden and giving him virtually free rein to plan bombings and assassinations. And it imposed a disturbing and deeply fundamentalist form of Muslim culture on the nation. Under the Taliban regime, girls' schools were closed and women were forced to quit their jobs (at one time, 40 percent of Afghan doctors were female) and to wear a head-to-toe garment known as the burkha. Movies, television, videos, music and dance -- all were banned.

This is a story that needs telling to a wide audience, and journalist Ahmed Rashid, who has covered the Afghan wars for more than 20 years as a correspondent for the Far Eastern Economic Review and the Daily Telegraph, is well equipped to do that. Getting it was not an easy task: The Taliban is about as impenetrable a political organization as exists anywhere in the world. Its acknowledged leader, Mullah Mohammed Omar, has never met with Western reporters or diplomats and has never even been photographed.

The tale is even more complicated, though. There's also the matter of oil -- specifically the desire of international oil companies to build a pipeline from the Caspian oil-producing region (home to Kazakhstan, Turkmenistan and several other small nations) to serve potentially massive markets in South Asia. The route goes directly through Afghanistan, and the result has been what Rashid refers to as "romancing the Taliban": For years, he reports, U.S. economic interests, driven by oil, took precedence over human-rights concerns; only very recently did pressure from American women concerned about the repression of Afghan women finally lead to a reversal in policy. Rashid was on the scene all along, covering what he calls the new "Great Game" in Central Asia, a late 20th century version of the late 19th century colonial struggle for hegemony. "Policy was not being driven by politicians and diplomats," he writes, "but by the secretive oil companies and intelligence services of the regional states."

The chief virtue of Rashid's account is his ability to delve beneath the surface of events without falling prey to a one-sided Marxist-style economic analysis. Oil is important -- but so is geopolitics, including the American desire to play off Afghanistan against Iran; and so are the obvious issues surrounding the oppression of women by the Taliban. As Rashid places the Taliban in its historical and social context, he accomplishes the difficult task of maintaining a degree of empathy while still excoriating the organization as cruel, barbaric and repressive. Its members aren't even good Muslims by anyone's standard except their own:

The Taliban are poorly tutored in Islamic and Afghan history, knowledge of the Sharia [Islamic law] and the Koran and the political and theoretical developments in the Muslim world during the twentieth century. While Islamic radicalism in the twentieth century has a long history of scholarly writing and debate, the Taliban have no such historical perspective or tradition ... Their exposure to the radical Islamic debate around the world is minimal, their sense of their own history is even less.

In Rashid's view, the members of the Taliban "divest Islam of all its legacies except theology -- Islamic philosophy, science, arts, aesthetics and mysticism are ignored." Even the theology is ignored when it's politically expedient: The organization has permitted opium, prohibited under Muslim law, to thrive as one of the disintegrating nation's few cash crops. The Taliban also seems unconcerned with the day-to-day issues of governing, Rashid points out. Although Taliban leaders live simply and do not fatten their checkbooks on government revenues, their inefficiency is staggering; they seem to have no concept of economic policy beyond "Allah will provide." The result is an Afghanistan that is rapidly falling back into the Middle Ages, a country where life expectancy is only about 44 years and 1.7 of every 100 mothers die in childbirth.

Unlike some opponents of the Taliban, Rashid does not dismiss the group as a mere puppet of the neighboring state of Pakistan; he emphasizes that it is primarily an indigenous Afghan movement that, in fact, poses an imminent threat to Pakistan. All in all, Rashid marshals the vast amount of information he has accumulated over decades of covering the area into a long, sad story and tells it with finesse. His book is a gripping account of one of the horror stories of post-Cold War politics.