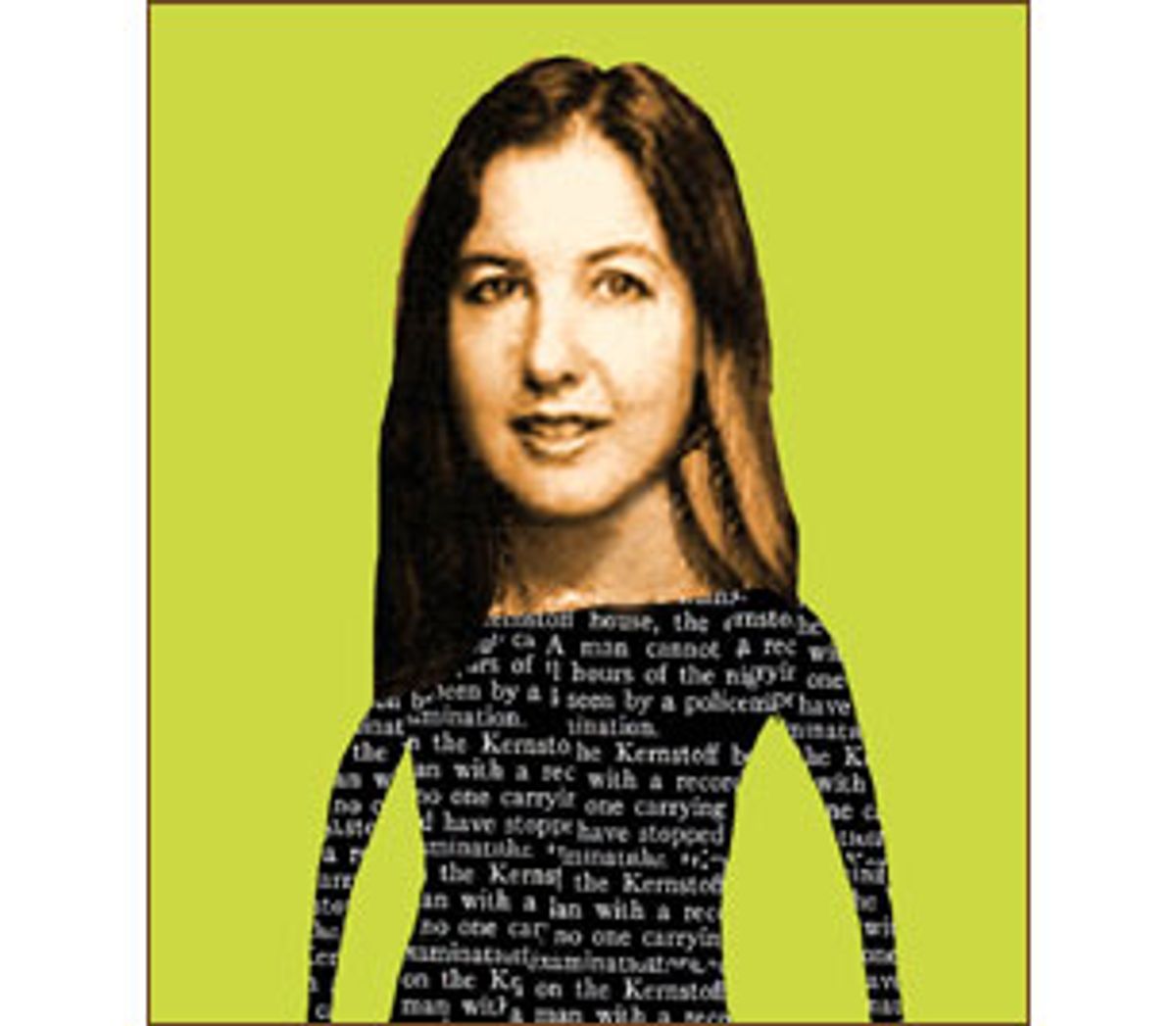 These are the novels you read when you're sick and wearing those fuzzy slippers and ain't nobody gonna see you anyway, so you don't have to impress a soul. Boys have Ian Fleming and Mickey Spillane; we have this stuff. Watch out, these titles will disappear off your shelves, so it's a good idea to buy them whenever you see them -- usually for 35 cents at used-book stores.

Chocolates for Breakfast (1956) by Pamela Moore

Fifteen-year-old Courtney Farrell has been raised by her actress mother to make a good martini and understand how to get around in the adult world of Hollywood's famed Garden of Allah, where her mother lives. She returns from boarding school in the East -- a touchstone of the best girl trash -- takes her first lover (a homosexual actor!), drinks a lot and becomes very jaded and sophisticated. A book to treasure forever.

Five young career girls move to 1950s Manhattan and work crap jobs at the rich trash-lighted intersection of Fashion and Publishing. Although this one predates the sexual revolution by a good five years, it's already lifting its head and taking a look around. These girls are "waiting for marriage," but go too far with all the wrong men. The only woman who takes her career at all seriously is, of course, the dykey Miss Fellows, our heroine's boss. Great period detail. Steamy and camp and sometimes surprisingly touching.

Valley of the Dolls (1966) by Jacqueline Susann

Three girls in show business -- the '60s version of "The Best of Everything," with snappier dialogue, more intergirl confrontation and, of course, lots of drugs! The wig-flushing scene is outasight. Susann didn't become the queen of girl trash for nothing. There's sadder-but-wiser good girl Anne, sexy good/bad girl Jennifer and spoiled-brat singer Neely, who could not have existed any earlier than 1966 -- they wouldn't have allowed a girl to be this big or outrageous before then. N.B. If you look around carefully, you can even cop a first edition.

A succhs de scandale in its time, written by the 18-year-old Sagan, "Bonjour Tristesse" was so popular it gave rise to a rash of racy novels by very young women who were then compared to Sagan. (Pamela Moore, for example, was 18 and hyped as the American Sagan.) This title is maybe half a brow higher than the preceding three books, if only because the French pride themselves on maintaining a degree of sophistication in all things. So here the 17-year-old heroine, Cecile, reads Henri Bergson as she's studying for her exams while on vacation with her libertine father and his mistress on the Riviera. Then she tries to queer a new romance between her father and another woman, a formidable friend of her dead mother's, who threatens their "toujours gai" scene. The "tragic" ending might extract half a tear if you're up for it, and the sophistication adds a nice touch of chic to the genre.

The best written of the bunch, the crhme de la crhme of girl trash, the eponymous Group refers to eight young privileged women in the Class of '33 at Vassar whose names tell it all: Lakey, Prissy, Pokey, Dottie and so on. We follow them through their relationships and their progress in the world after graduation -- in and out of marriage, motherhood, friendship, sanity, careers and the like. Witty and deft, "The Group" differs from the other girl trash novels in certain significant ways. First, it follows the girls well into womanhood, rather than just to "a young girl's awakening" or marriage. Second, it is character- rather than situation-driven. Third, McCarthy is actually a good writer. But it's still definitely in the fuzzy-slipper category for its sororal subject matter.

Janet Fitch is the author of "White Oleander."