The scoop on finding a translator in Egypt, getting a cheap seat on a half-empty plane and planning a cross-country train trek. 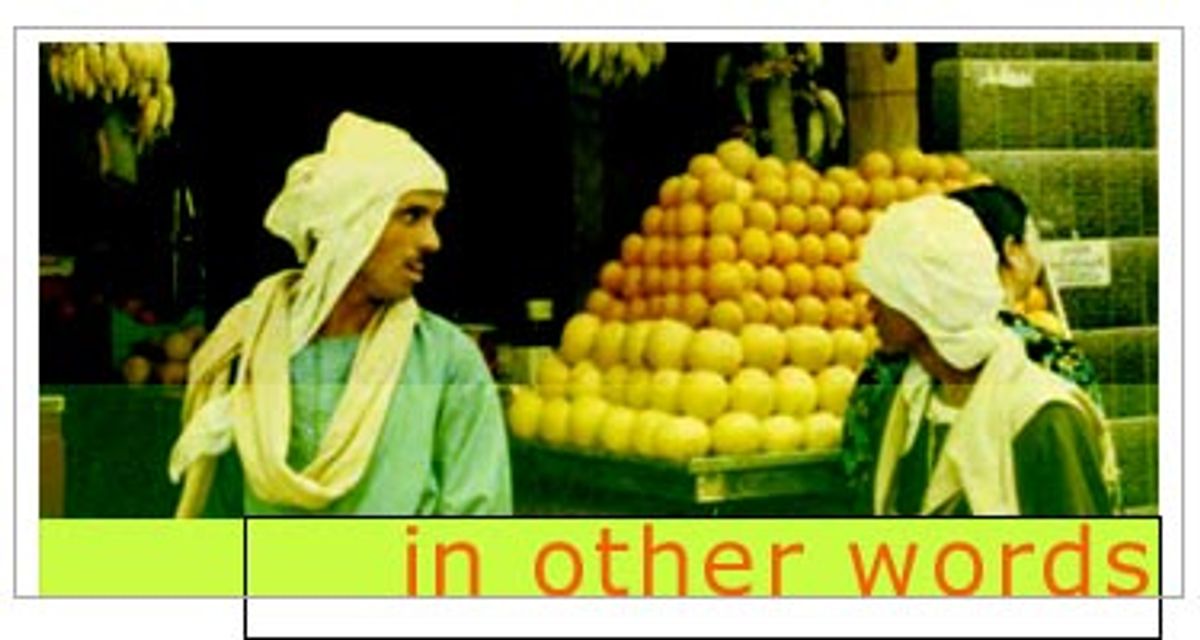 For a trip to Cairo, Egypt, where can I locate an Arabic translator?

Foreign correspondents often turn to local universities once they're in an area; check with the English language department, the student employment office or a department that pertains to the topic you're researching. A logical starting point is the American University in Cairo.

If an informal guide would suffice, note that Cairo is one of those places where travelers who aren't part of a tour group are often approached by people who want to help, either as full-time guides or in exchange for a little baksheesh -- gratuity.

If you're comfortable with the idea of an on-the-spot interview, this can be a good way to contribute to the local economy without a middleman taking a cut. Also, you're face to face with the person and can gauge for yourself his fluency in English and familiarity with the subjects you're interested in. But agree to the price beforehand, and write it down to make sure there is no misunderstanding.

Another tactic is to approach someone who already has a personal guide and ask where they found him. At some tourist sites, such as the pyramids or Luxor, freelance guides may make themselves available as well.

You can also use the Web as a resource, although in my experience, the translation-related companies to be found there are more often aimed at businesses that need document translation rather than tour-guide help. One such site is the Global Directory of Language Services.

You also can find guide services in Cairo through travel agencies and tour companies. Many U.S.- and Cairo-based agencies are listed, some with links, at the Egypt tourism site. Some of these companies may be willing to recommend interpreters with whom they've had contact.

Why don't airlines have more sell-offs? There's a short flight from Toronto to Baltimore that I regularly take, and it's never full. Why aren't the prices cheaper, say, a week before, to fill these seats?

Although it seems logical that the airline would rather auction off or otherwise sell those seats cheaply than not at all, it's likely the airline is letting those seats go as part of some larger scheme.

All the major airlines practice "yield management," in which computers calculate supply and demand, using many variables such as time of flight, season, anticipated demand of leisure and business travelers and competition on the same routes by other airlines. They then price seats in ways designed to fill the plane as full as possible and extract maximum profit from the load.

The computer models also know where to draw the line; in other words, they'll only go so far with the cheap seats. The airline knows how many seats it must sell at what price to ensure that the flight isn't losing money. It could be that your flights have enough high-paying passengers that the airline is making money even with the empty seats. In which case, there may be nothing you can do about it.

But the story isn't all grim. Airlines already offer more discounting than ever, but they occur in subtle ways that don't register as a sell-off. The weekend online specials, such as US Airways E-Saver fares, are, in effect, a sell-off. For weekday flights, airlines feel less pressure to sell off those empty seats because business travelers are paying a higher rate for their seats.

The increasing number of auction possibilities and sites such as Priceline also give passengers new options for cutting their costs. You can expect to see more of these.

Another example: Delta Air Lines offers something called FanFares, which are presented as discounted fares to cities where crowd-pleasing events are scheduled on a given weekend -- concerts or stock-car races or festivals. This gives the impression that the airline is cutting fares to give fans a good deal. If you cut through the marketing hype, though, you can bet that Delta's computers first identify which flights have too many unbooked seats, then they determine what events are going on in those cities, and then neatly package the program as a FanFare offer.

Your situation could be affected by the small number of airlines making the BWI-Toronto run. Routes without competition usually result in higher average fares. Sometimes you can combat that by taking an airline that gets you there using connecting flights. But many of us are willing to pay a higher fare for a nonstop flight, and the airlines know it.

Could you direct me to a Web site that can show me schedules and costs to take the train cross-country?

All you need is the Amtrak site, which has a fare and schedule engine that makes checking out routes and fares quite easy. Once in a while it stalls out, but I've found it to be increasingly reliable and fast.

Beyond that, though, it's worth perusing the site because there are many ways to save money using the various specials and passes. For instance, Amtrak now offers online RailSale specials that change periodically. Most of them are for the long-distance trains rather than the business corridors, but they offer some significant savings. The only specials are clearly highlighted on the opening page.

Among the low-tech specials is one that many people overlook: If you present a AAA card you're often entitled to a 10 percent discount, and you can get this discount even if you're booking the ticket yourself using the online booking engine.