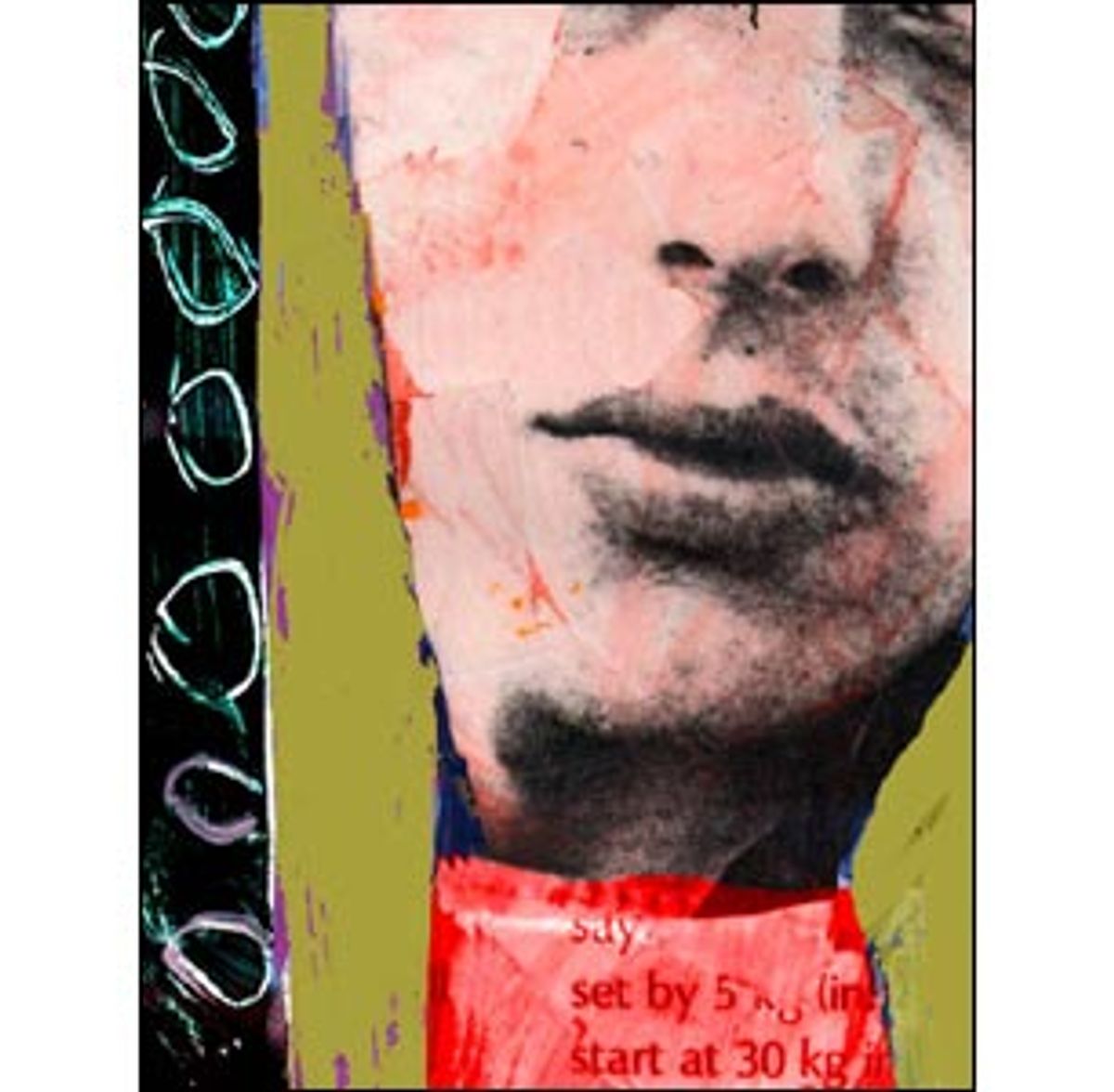 In the spring of 1992, the Bosnian-born Aleksandar Hemon was a young tourist traveling on a shoestring through the United States when Bosnian-Serbian forces began attacking Sarajevo. Unable to go back, he stayed in Chicago, supported himself in menial jobs and acquired a mastery of the vivid, playful English that shows on every page of his first book, the short-story collection "The Question of Bruno."

Amid the outpouring of work by foreign-born writers who have produced some of the best recent American fiction, Hemon is almost alone in having learned English after he began to write. So he brings to American prose not just a foreign sensibility but a kind of sentence that no American would be likely to write:

"I got up, out of my nonbeing, and stepped into the inchoate day"; "They read it together, their heads nearly touching, the man's left hand heaped upon the woman's right hand, like a frog upon a frog making love"; "He would walk down the Magnificent Mile, sweating in his dark coat, dotted with lint, reeking of traveling and the past."

The voice carries an Eastern European's lack of surprise before the trauma of history and an inclination toward the abstract and the absurd, together with a facility with metaphors that seem to originate beyond language, in things themselves, so that their oddness only confirms their rightness. Hemon's work is too new and fluid to bear the inevitable comparisons with Conrad and Nabokov. Nor does its interest depend on the recent tragedy of his native Bosnia. (In fact, the only false move in the collection is a story set in hellish wartime Sarajevo, which defeated even his inventive imagination.) "The Question of Bruno" is neither a historical document nor a linguistic curiosity. Hemon's talent is original and, with care and luck, will develop without the inflating assistance of praise by association.

In Hemon's stories, comedy and cruelty always run close together, passing equally under the narrator's detached and exacting gaze. In "Islands," a Sarajevo boy's family visits relatives on an island, where mongooses imported to kill snakes have begun destroying all the domestic animals, and where Uncle Julius terrifies the boy with tales of Stalin's prison camps: "So that's how it is, he said, it's all one pest after another, like revolutions. Life is nothing if not a succession of evils, he said, and then stopped and took a pebble out of his left sandal. He showed the puny, gray pebble to us, as if holding irrefutable evidence that he was right."

In "Accordion," the narrator imagines the shooting in Sarajevo in 1914 that set off World War I from the point of view of its victim, Archduke Franz Ferdinand. Just before the assassin, Gavrilo Princip, steps forward with a pistol, the archduke notices from his seat in a horse-drawn carriage a man playing an accordion that's missing one key. This turns out to be the narrator's great-grandfather, a detail we learn in the second part of the story, where we are also told, in the self-referential manner that has become commonplace in short fiction and that Hemon tends to overuse: "Most of this story is a consequence of irresponsible imagination and shameless speculation. (A case in point: the Archduke died in a car, which took a wrong turn and then virtually parked in front of the assassin, whose pants were soaked in urine.)"

If any organizing technique holds the collection together, it's this casual, almost whimsical crisscrossing of grand history and personal story so that they mirror and mock each other, usually to a bad end. "The Question of Bruno" is crowded with notorious 20th century figures, including the urbane and seductive communist
spy Richard Sorge, who became press attachi in the German embassy in Tokyo and passed on invaluable wartime secrets to Stalin before being discovered and hanged.

In "The Sorge Spy Ring," an espionage-obsessed boy in Marshal Tito's Yugoslavia begins to suspect that his father, who frequently visits the Soviet Union, is himself a spy. Footnotes thinly connected to the story and illustrated with photographs give a glamorized account of Sorge's career in espionage. (Advice to readers: Go to the footnotes after finishing the story.) "Most of my life I played Richard Sorge," the master spy said, "and I was someone else, somewhere else." (One biography of Sorge is titled "The Man With Three Faces.")

Most of Hemon's protagonists are in one way or another spies, and the theme even spills over into the acknowledgments page, where the author thanks the various field "operatives" of "Operation Bruno." In this universe a boy's fantasy of espionage can turn real with a phone call about a traffic violation.

"My entertaining the idea that Father was a spy had never been much more than a way to embellish my vacant childhood, but with Father's arrest, it suddenly became palpable ... we were up against something beyond my feeble comprehension." And for many of Hemon's characters espionage almost becomes an existential condition, the fate of those who can't live fully in their own lives or in the past, in their native country or as aliens abroad. But the spy's camera eye is also redemptive. According to Sorge, "everything is more present -- more real -- because you see nothing alone."

Reinvention, fluid identity, imagined surveillance, historical coincidences and mysteries -- these elements recur throughout the stories, and in the collection's strongest piece, the novella "Blind Jozef Pronek & Dead Souls." It tells the apparently autobiographical tale of a Sarajevan caught in Chicago by the outbreak of war in Bosnia. Pronek stays, drifts through a succession of bad living arrangements and worse jobs, plagued with memories, cut off from the absurd reality of the can-do American life around him and, equally absurd, the violent death back home. He goes to work at a French-style sandwich shop, where his foreignness seems suited to "the customer with sophisticated taste and international experience," only to be fired for failing to take sufficient interest in the difference between romaine and iceberg lettuce. He watches his hometown being destroyed on CNN, and he gradually loses conviction in his own reality.

He began thinking of himself as someone else -- a cartoon character, a dog, a detective, a madman -- and began fantasizing about abandoning his body altogether and becoming nothing, switching it off like the TV ...

He realized that his previous life was completely beyond anyone's reach and that he could entirely reinvent it, create a legend, like a spy.

"Blind Jozef Pronek & Dead Souls" has all the brilliant whimsy of the shorter pieces, but where some of them remain interesting conceits from which the reader is held at a certain distance, over its longer span the novella gathers a powerful emotional resonance of anger and self-disgust and grief. It feels directly drawn from life -- the picaresque and ghostly half-life of an exile -- and it suggests that this talented writer's next English-language operation will be a remarkable novel.

George Packer's fourth book, "Blood of the Liberals," will be published in August.