The number that will outlive my grandfather

During World War II, this number was meant to track whether or not he was still alive. Now, he wants it to follow him to his grave. 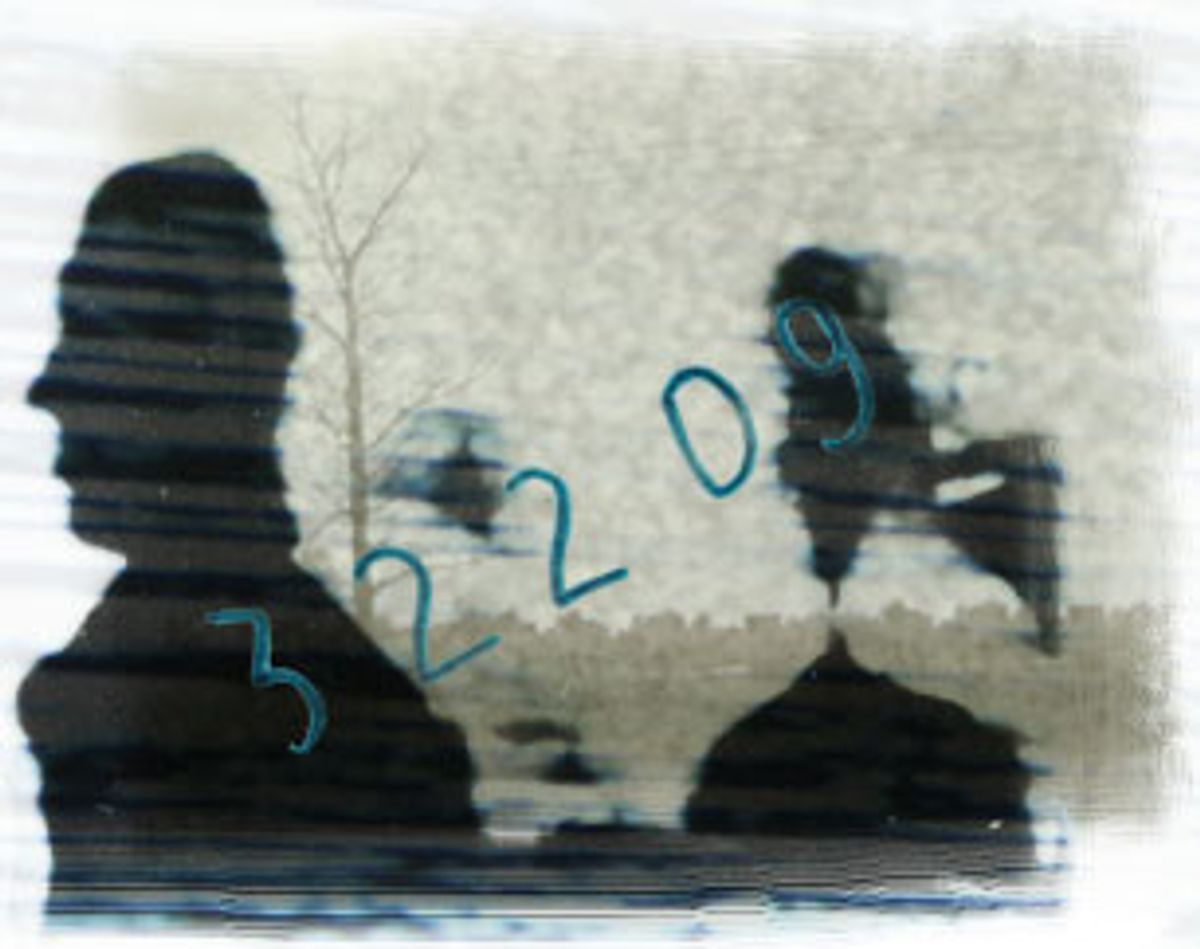 Not too long ago, over dinner, my grandfather described to me the epitaph he wants to have inscribed on his tombstone. When I dutifully reported his wishes to my mother, it did not go over well. My grandparents and I live in New York, my parents in California. Although she speaks to them often, my mother relies on me to be her conduit for information on her parents' lives. And so I transmit dispatches of news from the Upper West Side to the suburban desert where I grew up.

As I awaited my mother's response to this latest communiqui, I could envision the tears welling up. And sure enough, when her words came through the receiver, she had elevated the simple wish of an old man into the next family crisis.

My mother was not upset simply by the idea that her father was planning for his death. After all, it isn't that unusual for a man in his late 80s, whose days are defined by which doctor he has an appointment with, to treat his own death as imminent. It was the inscription itself that she found so offensive; that in his final resting place, in addition to his name, my grandfather wants to be remembered by a five-digit number.

At first, I, too, could not understand why he would deliberately choose to resurrect the number that was assigned him at the lowest period of his life; the number that was meant to dehumanize him, to keep track of whether or not he was still alive; the number that defined him solely as a survivor of the Holocaust. Why would he choose to give that one attribute of his complex personality greater significance than his other accomplishments -- of which there are so many?

But I felt it was not up to us to dissuade him from this most personal choice, no matter how distasteful we found it. His ailments were mostly physical; his mind remained clear and sharp. He had made his decision; the only thing I could do was try to understand why he would choose to be remembered for the life he had endured, rather than the life he had created.

After the war, my grandfather became a renowned professor of geography at City College of New York, staying active enough to deliver a paper at the Library of Congress when he was 85. He was fortunate to have a long, loving marriage, and raised a daughter, my mother, whom he could not possibly care about more, even if she were of his own blood. He experienced the joys of having a doting granddaughter, me, whom he would take to Broadway shows, always buying tickets for just the two of us, in the second or third row.

But his life would have been entirely different had there been no war. In his prewar life, my grandfather had a son, not a daughter. And the mother of that son was not my grandmother.

My grandmother and grandfather had known each other before the war. They both lived through the liquidation of the Vilna ghetto in Lithuania and their subsequent incarceration in several concentration camps. They both survived. Their respective spouses did not. And neither did my grandfather's little boy.

After liberation, my grandparents came to the United States and married. They brought with them my grandmother's daughter -- my mother, who had survived the war, thanks to her former nanny, a gentile, who had changed my mother's name, dyed her hair and had her baptized as a Catholic.

I sometimes wonder how my mother felt when, at age 6, she had to leave behind the woman who had raised her thus far to live with a mother she had never known in a foreign country. And how she felt when, after attending daily Mass for years, the faith that she was accustomed to and believed in was replaced with a new one entirely, in which ritual was sporadically observed and synagogue irregularly attended by parents who, after what they'd been through, had little use for a concept such as God.

Initially, these three postwar survivors must have experienced some difficulty melding into a cohesive family unit, but they tried to make their life together as normal as possible. And for the most part, it was.

I've always sensed that my grandparents are content with how their lives have turned out. If they felt any bitterness about what they could have been or could have had, it was rarely vocalized. Their war-time losses only made them appreciate their post-liberation lives that much more fully.

My mother simply chooses not to deal much with the past. She has worked hard to create a facade of normalcy in our family. She prides herself on how our family has remained more or less free of dysfunction, and she has little sympathy for those who can not overcome their childhood demons.

And thus she did not want that number on her father's tombstone. It would only remind her that our lives are not as unblemished as she'd like them to be; that the war remains a presence to this day, hovering in the background, casting its shadows.

I am far from the first person to experience how the legacy of war plays itself out -- not only in the lives of those who went through it, but in the lives of their descendants as well. Being the descendant of survivors is an awesome responsibility, and I'm still figuring out what, for me, it entails. Maybe this is why I was moved by my grandfather's odd, morbid gesture. It reminded me that I am even thankful, in some crazy way, for the catastrophic circumstances that made him who he is.

As the granddaughter of survivors, I not only love my family; I am continually in awe of them as well. And although I sometimes resent this thing, this monstrosity that lives with us like a part of the family, I know that enduring this horror made my family who we are today.

In the end, I understand my grandfather's decision perfectly. I understand that taking that number to his grave will be testimony that, as he once wrote to me in a letter, "the human spirit cannot be extinguished easily, and somehow, I contributed to the knowledge of this." It will be a reminder that, with intellect and sheer luck, he managed to outwit those whose master plan it was to eradicate him and all of his descendants from the Earth. It will be a sign that, irrespective of how much he loves us, he honors the memory of his murdered wife and son and acknowledges the completely different life he would have shared with them, had they lived. It will show that passing away by natural causes can sometimes in itself be an act of defiance.

Yes, those who will eventually pass by the number 3-2-2-0-9 in a Jewish cemetery may find it jarring at first, an eerie marker in an already unpleasant place. But then they will see the year of my grandfather's birth and the year of his death, and they will see the lengthy span of years in between. I hope that they will not only respect this man they were not fortunate enough to know, but be in awe of him as well, just as I have always been. Because they will understand that in his case, simply living was the greatest achievement of all.

Alix Wall is an Oakland-based freelance writer and personal chef. Her last piece for Salon was exactly 13 years ago.