"The Guilt of Nations" by Elazar Barkan

Are reparations the best way to address slavery, genocide and other past evils? 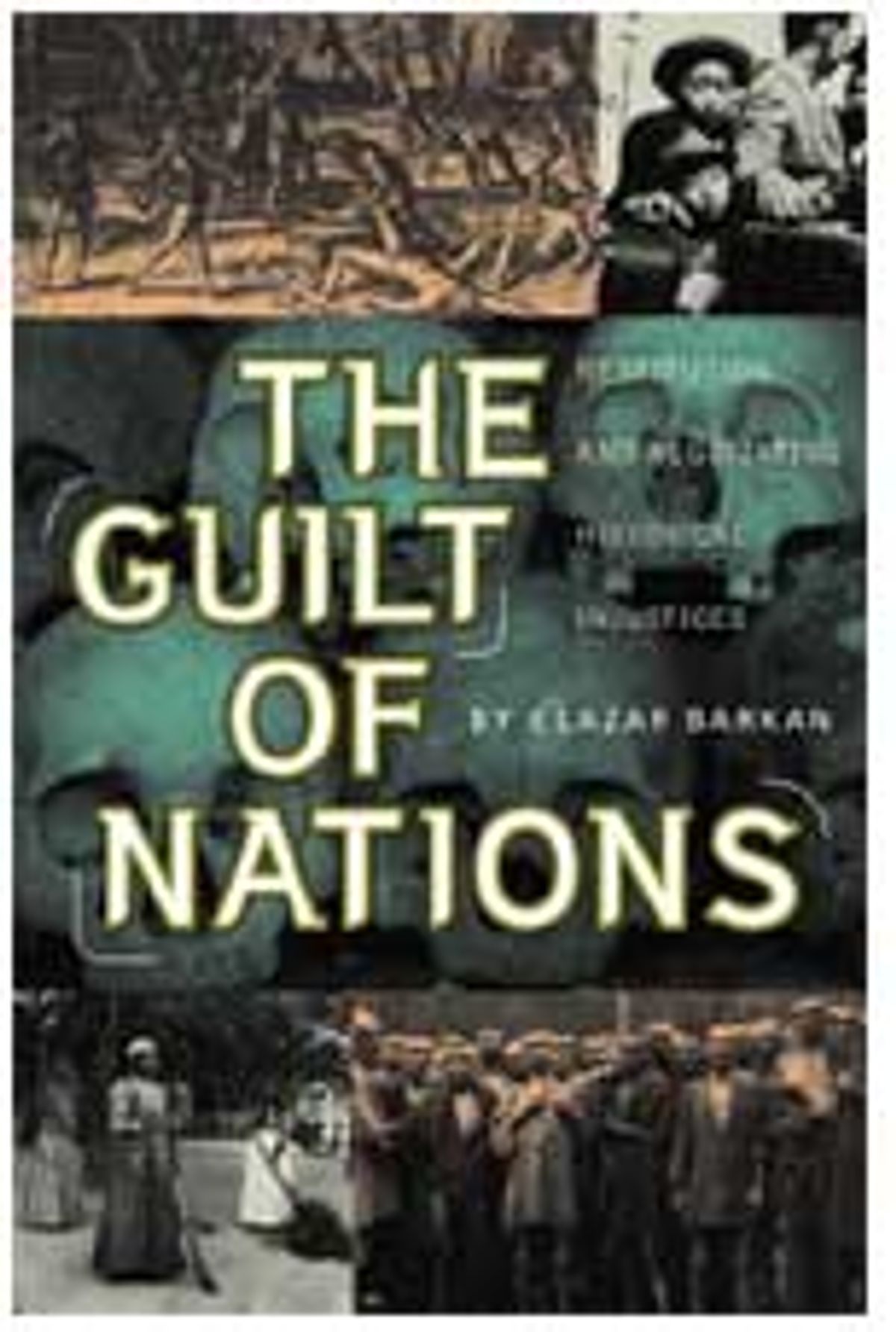 As damning information emerges about the conduct of Swiss banks and other "neutrals" during the Holocaust, aging survivors now find themselves about to receive a new round of reparations. Native Americans claim, quite rightly, that the U.S. government systematically violated its treaties with tribes and that, more recently, the Smithsonian and other major museums have stockpiled thousands of Indian skeletons, which hold an obvious religious significance, in the name of anthropology. Native Hawaiians seek restitution for the U.S.-backed overthrow of the original Hawaiian kingdom in 1893. Maoris in New Zealand, aborigines in Australia, even Sudeten Germans (an ethnic minority expelled from Czechoslovakia in the wake of World War II) -- all have made their claims on the world's morality and its money.

The first modern example of reparations for the evil that men do was, of course, the West German decision, following negotiations with Israel, to voluntarily pay billions of dollars to Holocaust survivors in the early 1950s, a step that sparked tremendous controversy among Jews at the time but has since become accepted as appropriate and even necessary. Yet where does the process end? African slavery was a centuries-long atrocity of its own kind, everyone now agrees, and although the Founding Fathers were ambivalent about "the peculiar institution" and it certainly didn't start on our shores, the U.S. government had plenty of complicity in its continuation. Some African-Americans have recently called for reparations for the descendants of slaves, and in view of the lasting effects of slavery and of President Clinton's 1998 official semi-apology, the problem is not at all a trivial one.

All these circumstances form the extremely timely background against which political theorist Elazar Barkan, chairman of the cultural studies department at Claremont Graduate University in California, wrote "The Guilt of Nations: Restitution and Negotiating Historical Injustices." Both an invaluably detailed catalog of various groups' past and present claims for restitution and a theoretical consideration of the idea's practicality and morality, this book will no doubt take its place as the starting point for a full understanding of these highly complex issues.

Barkan is a supporter of restoration -- under the right circumstances. He's no knee-jerk advocate of any and all Third World claims against the West, but at the same time he is disinclined to dismiss any oppressed ethnic group's claim as too absurd for consideration. Taking a far more nuanced position, he places the whole restitution controversy in what he repeatedly refers to as a "neo-Enlightenment" context -- a theory that essentially grants national and ethnic groups many of the rights that Locke and Rousseau accorded to individuals, including the right to determine their destiny and the right to make their own choices. Barkan rejects the conventional theory that realpolitik should rule international relations, that the strong are simply entitled to dictate to the weak.

But he also argues that restitution is not -- and cannot be viewed as -- an attempt to reverse history. Much as we might wish to, we can't return to a world before the Nazis, before slavery, before the betrayal of the American Indian. Barkan thus rejects "imagined utopias [that] stand for moral judgments," because they can "become counterproductive from the claimants' perspective" -- that is, they can undermine the possibility of a group's actually getting something. "Even given a more limited approach," he argues, "would possible restitution in particular cases be in the millions? Billions? Trillions? ... An expansive attitude that legitimizes a fantasy of rights to be restituted is likely to aggravate or to stalemate conflict resolution."

Since money (and occasionally the return of property) is the only restitution feasible, Barkan views the process not as the righting of all old wrongs, but as a less than ideal but still highly desirable process of negotiation between a formerly oppressed group and its erstwhile oppressors. The process provides a way for a people like the aborigines to gain status and legitimacy.

One thing that Barkan explicitly declines to do is set out guidelines as to when reparations are appropriate and when they aren't. Restitution, he argues, isn't just about morality; it's also about practicality. One doesn't compare Nazi atrocities with the rapes and enslavements committed by the Japanese in World War II, or Hawaiian grievances with those of the Maori. One simply asks: Where are the oppressors and where are the oppressed today, and what can be done? If politics is truly the art of the possible, then Barkan, as this incisive book demonstrates, is its most devoted acolyte.