It's good to be the queen

For the belles of North Carolina's Azalea Festival, there's nothing like learning to graciously accept appreciative gawking. 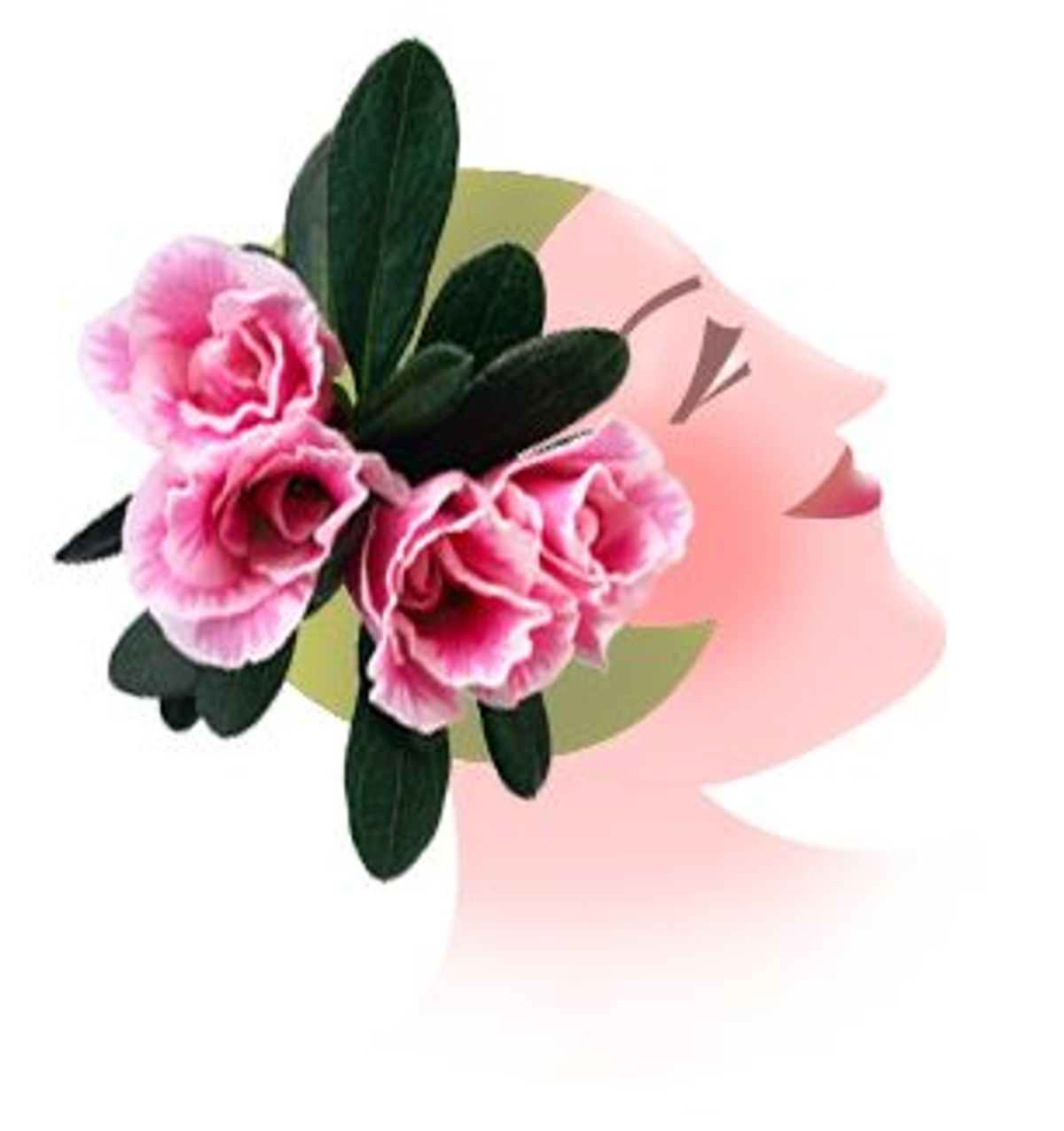 They begin appearing at 7:30 in the morning, clutching Egg McMuffins and steaming Hardee's mugs. Wearing windbreakers and scarves, and mostly bald or white-haired, they sit down on the cement steps facing the empty riverside stage. They're usually up at this hour anyway.

They have come to witness the Azalea Festival, which, fueled by a budget of $900,000 and more than 1,000 volunteers, is the biggest annual event in Wilmington, N.C. (population 60,000). More specifically, they have come to see the arrival and crowning of the 53rd Azalea Queen.

For 48 years, a woman known only as Funny Face has jockeyed for the best spot on the Cape Fear riverside, one that will give her ample room to blow a kiss to the Azalea Queen as she promenades toward the coronation stage. Funny Face has been here since dawn, her breakfast in a plastic bag and her folding chair bungee-corded to her back.

Ben and Mary Glisson are also here. They attended the first Azalea Festival back in 1948, when Hollywood starlet Jacqueline White was crowned the first queen and TV's "Queen for a Day" offered a trip to the Azalea Festival as a grand prize, and they have attended all 52 since.

"We used to get up even earlier than this and go down to the circus to watch the elephants pull up the tents. But the [elephants] don't do it no more." Ben Glisson smiles and squints his wrinkled eyes. "They got too old."

With the raspy swish of taffeta on pavement, the Azalea belles begin arriving -- 96 local high school girls strapped and tucked into girdles, petticoats, sun hats and hoop dresses. They wear fingerless lace gloves and hold frilly silk parasols. Their hair -- curled, woven and cunningly barretted -- is so labored and extravagant you feel shamed by its lustrous proximity.

"What an experience for these young ladies," raves one onlooker. The highly coveted opportunity to be a belle is largely one of learning how to gracefully accept appreciative gawking. Like their floral namesake, the Azalea belles are strategically planted around town to add an elegant, silent backdrop to every festival event.

Today, a local television crew asks one of them what's happening, exactly. She responds, "We're just sitting around, smiling."

In 1998, during the crowning of Queen Alla Korot (from ABC's "All My Children"), the unspoken strangeness of the Azalea belles became suddenly -- and painfully -- clear. The day was hot and the stone-still, cardiovascularly constricted Azalea belles began turning green and staggering like drunken sailors.

"I've lived in Wilmington since I was a little girl," says 16-year-old belle Emily Sloan. "And every year I would come down to the festival and I'd see the belles, and it was like my dream to be one. They were so pretty and they looked like princesses -- and every little girl wants to be a little princess."

Fellow belle Candice Paige, 16, goes one better: "I'd love to be queen," she says. So would dozens of other girls, for as many reasons:

"They give away $32 million of scholarship money every year, and I'm very grateful for the help with tuition." -- Miss North Carolina, Kelly Trogdon, 24.

"So I can represent my county and show girls that they're beautiful inside and out." -- Teen Miss Brunswick County, Amanda Dew, who will achieve this goal by clog dancing to a "Grease" remix.

Teen Miss Valentine Sweetheart 2000-2001, Tiffany Danielle Smith, 16, was late for her performance and now slumps on the lawn in a pretty pink dress, dejected.

"Ever since I was a little kid, I always saw girls walking around with crowns on, and I always wanted a crown," she says. "But now that I got the crown, I like the title, because it seems to make me feel like I'm somebody, and that I'm here and nobody can mistake me for anybody else."

At the street fair, dozens and dozens of crown-topped young women crowd the Cape Fear Stage, a small, tarp-covered proscenium featuring performances by the likes of Little Miss Yam Festival, Teen Miss Tobacco Festival and Wee Miss Dublin Peanut Festival. Everywhere you look are sparkled tutus, spangled leotards, lips, hair, teeth and crowns. The hardest thing about the pageant is telling the princesses apart from one another.

"There's a lot of crowns," admits 16-year-old Melanie Brooks, who is the 2000 Azalea Princess (sort of an Azalea Queen Jr.). "But you can tell who the big crowns are. The Azalea Queen has a crown that requires no bobby pins whatsoever; it just slips on, very convenient. She's a very important person -- all the queen's court, their crowns are bigger, pointier. My crown is more of a princess/girl crown, not as pointy, more rounded on the edges." Brooks laughs. "It's all very significant and meaningful."

The show, like most pageants, is bittersweet. You can't help reflecting on the absurd amount of preparation involved in winning a prize that unfortunately doesn't exist in the real world: "Best Overall Girl."

Chaplets firmly stapled to their skulls, the girls perform tap routines to Cher's "Believe" and interpretive sassy-jazz ballets to "Phantom of the Opera" medleys while throwing worried glances through clenched grins at the flimsy stage structure that is ever threatening to crumple beneath the gusting winds. They play to an appreciative audience of other pageant winners and their mothers and exit the stage to canned applause.

While most Azalea Queens are soap opera starlets flown in from New York or Hollywood, Queen No. 53, Nina Repeta, is a hometown girl -- and a costar on the locally shot teen drama "Dawson's Creek." Repeta has an affable tomboy charm, and she seems enjoyably out of place here, both flattered and amused by her sudden regal omnipotence.

Personable or not, getting an interview with Repeta during the festival is really, really difficult. Repeta and her court are shuttled between the circus, concerts, sporting events and parades, where they share the spotlight with the Hellmann's mayonnaise jar, dung-scooping knaves from Medieval Times restaurant and exactly 1,752 local high school marching bands.

Repeta and her court take in a show at the local senior center. The Golden Pom-pom Cheerleading Team rushes the stage to belt out their names and ages: "Irma! 72! I-R-M-A!" "Martina! 67! M-A-R-T-I-N-A!" They proceed to execute Azalea Festival cheers, along with somersaults, splits and an actual pyramid. Strangely, the threat of cracked skulls and snapping limbs actually increases the audience's enjoyment.

Although the seniors' program is a sly parody of representations of beauty, it is also humorous and affectionate. Afterward, the nubile, young princesses willingly disperse into the sea of blue hair, gnarled fingers and wheelchairs, while the seniors squeeze arms and hug shoulders, as if contact with newer flesh might make them young again. The queens, sensing this almost carnal need, give generously.

Finally, I am inked in for an interview with Queen Nina between 8:15 and 8:30 in the morning, directly after she appears on a local morning television show. When I show up, I am told I have two minutes. Repeta is led over to me. The following is a partial transcript of that encounter:

How early did you have to get up today?

Today I had to get up at a quarter to six, and it was very painful, but I made it.

Man: [butting in] We just really want a picture; could you be in it, too?

[Generously] You can go ahead and take pictures, we're just ...

[Pretty much to myself at this point] I'm just gonna keep talkin'.

[Posing for the photo, smiling] You just keep talkin'.

Forty-five seconds later, she is whisked away, and I am left with post-royalty depression. Repeta has worked hard to get where she is and has, in my estimation, earned a celebration. And there's nothing wrong with beauty being a part of that celebration -- beauty is why people get up at 6 a.m. to see the Azalea Queen's coronation, and beauty is why 6-year-old girls put on purple and gold lami and dance to Britney Spears songs.

Sometimes there's so much beauty in the world, you can hardly stand it.