In or out of the mental hospital, my mother always found a moment to write the note that would excuse me from Mother's Day. 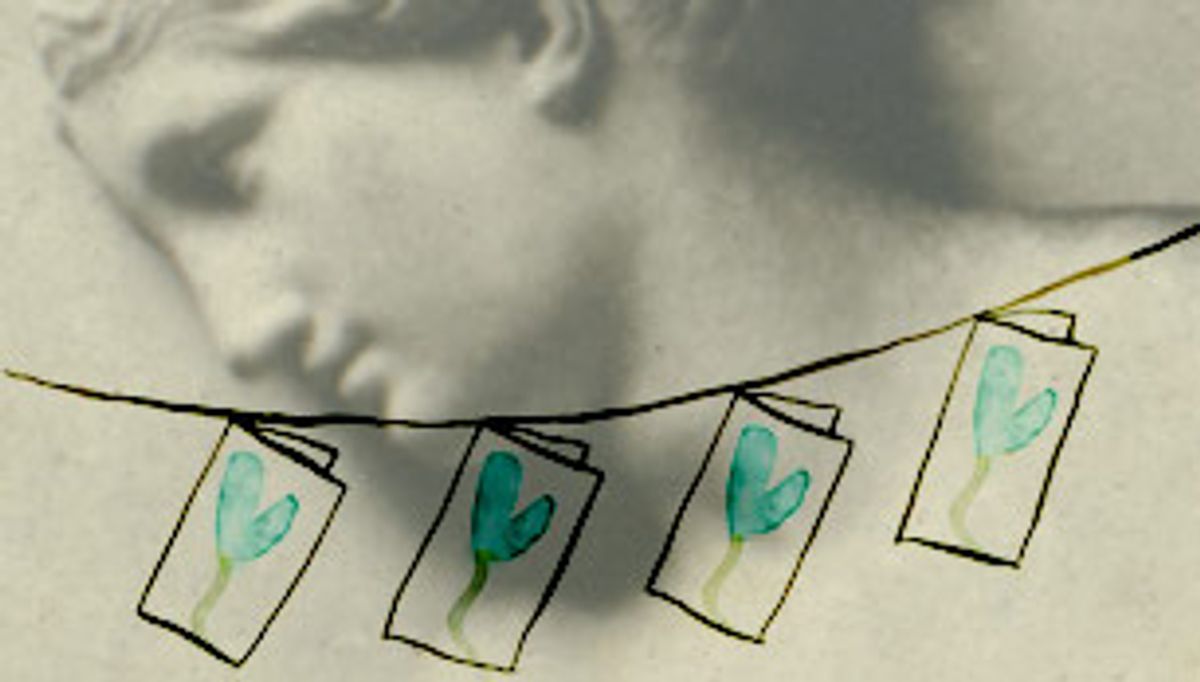 Mother's Day is sentimental hogwash. My mother taught me that. Those were the exact words she used. They were also the words she wrote in the notes she sent with me to grammar school every year in early May, starting when I was in Mrs. Eagerblade's fourth-grade class. (Yes, Eagerblade was her real name. And it had a sobering effect on bad boys with intense powers of visualization.)

Anyway, my mother, who was born in the same year -- 1914 -- that President Woodrow Wilson declared Mother's Day a national holiday, would send the notes so that I could be excused from participating in classroom Mother's Day projects -- card making, picture drawing, poem writing and the like. She found Mother's Day maudlin, sappy, dull and dimwitted, she told me, and she didn't want me observing it.

Needless to say, our family didn't go out for a special brunch on the second Sunday in May, nor did we bake a cake. "If nothin' says lovin' like somethin' from the oven," my mother once remarked, "I wouldn't have all these kids."

She was a typical mother, as far as I knew. Sometimes she'd take my siblings and me on picnics -- to the local cemetery, where we'd eat salami sandwiches, then while away the summer afternoons searching for the tombstones with oval photos of dead people on them; the water-damaged ones were best. Other times, she'd pack up my pet tortoise in a shoe box and hike the three miles to my school so that my favorite reptile could join me during the lunch hour. "He's a quiet pet, isn't he?" she said once, looking at the soup-bowl-size creature, "but very good company."

We didn't take vacations, so when tortoises and tombstones were no longer enough, she'd commit herself (or be committed) to the local franchise of the state mental hospital for a month or three or five. It wasn't exactly a spa -- the place favored electroshock treatment over exercycles -- but it did afford a long-term, low-priced break from the rigors of life, and all the Thorazine you could eat. On weekends we'd visit her there.

This sounds drearier in retrospect than it seemed at the time. A child's reference points -- to the degree they exist at all -- are different from an adult's. You're 8, you're 9 -- what's normal? Who knows? Once the grown-ups calmed down (and her sedation kicked in), the weekend outings to the mental hospital, where there were many strangely attired, slow-moving adults behaving oddly and wearing Mona Lisa smiles, were not boring but novel, and therefore good. On visiting days, my mother's spirits were high, sometimes very high, other times very, very high. And the place had big lawns, big trees and plenty of vending machines.

The electrical charges and chemical relief, however, did little to mellow my mother's contempt for Mother's Day. One spring Sunday when we were visiting, she asked a passing psychiatrist she knew for a pen and a sheet off his prescription pad so she could write what would be the first of many annual hogwash missives to my teacher. But she decided to interrogate the good doctor first.

"I'm glad to hear you say that," she said while she quickly scribbled the note. "I think we're the only two sane ones in here." The doctor chortled.

"Though I'm not so sure about you," she yelled after him as he walked off.

That got a big laugh all around. Even at 9 years old I knew that saying a head doctor might be out of his head was hilarious. It was a laugh a minute at the nut hut -- much more fun than Mrs. Eagerblade's class.

The next day I walked into fourth grade and handed over the note. The teacher rolled her eyes. When I explained the situation to several classmates, they all said that my mom must be crazy, except for my friend Geoff, who was Goth a quarter century before Goth was cool.

The cumulative effect of those notes over my entire grammar school career was not only to relieve me of complicity in the great annual groundswell of sentimental hogwash that my mother found too saccharine to condone but to illuminate the utility of a good bullshit detector, a bad attitude and a degree of guerrilla jocularity when confronted with institutionalized nonsense.

As for my mother, her life continued for decades longer. She would go for years without a stay in the loony bin. There'd be long stretches of good times, travel, church activities, voracious reading. Then, as she once described it to me, the snake would begin eating at her heart (a paraphrased line, I believe, from her favorite author, Thomas Wolfe).

The last time I visited her on a psychiatric ward was in the early 1980s, a couple of years before she died. When I arrived, she was sitting in a hospital room, looking out the window toward the eastern hills of the San Francisco Bay Area, the hills where she lived.

"Oh, here's my brother," she said to a nurse who was just leaving.

"Is this a Christ healing place?" she asked.

"It's a hospital," I answered.

"Really? It doesn't seem like one. There's all this funny equipment and the people and all. First I was down there, but then they moved me and now I'm not sure where we are."

"This is Eden Hospital," I said. "You can almost see your house from here." I pointed toward the hills.

A short time later a male attendant walked in, pushing a wheelchair. "Hi," he said to her. "It's time to go downstairs for your spinal tap."

"That sounds fun," she said.

I walked beside her as she was wheeled down the hall to the elevator. "So where do you come from?" the attendant asked her.

"I come from Alabamy with a banjo on my knee," she replied.

I was returning home to Los Angeles that afternoon and wouldn't see her again for a long time. As we waited for the elevator she reached over to me. "You know," she whispered, holding my hand, "they say I'm losing my mind, but I don't miss it."