"The Fundamentals of Play" by Caitlin Macy

The rich have rules but they won't explain them, according to a smart novel about life after the Ivy League. 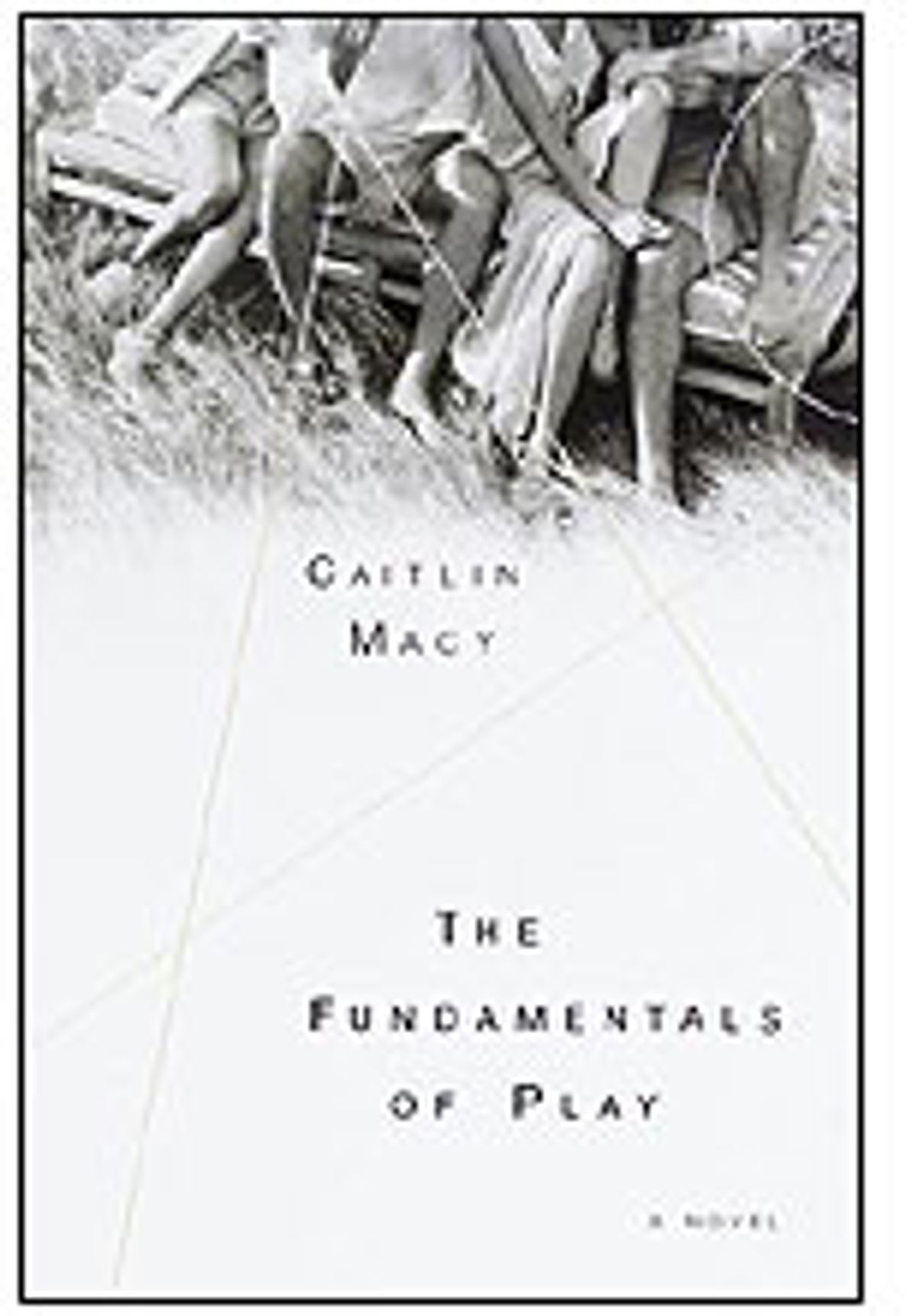 Old money never dies. It just lies low for a while, resurfacing when we're not looking. And we thought the brave new world of instant, media-friendly celebrity had killed all that. Madonna, Oprah and the Donald have more clout, not to mention larger stock portfolios, than the Biffs and Buffys of old, right?

Maybe so, maybe not. Like a furtive underground movement, old money operates outside the purview of the mainstream, outlasting Nixon and Clinton, bull market and bear, swinging '60s and buttoned-up '80s. High society plays by its own time-honored rules, knowing full well that the rest of us upstarts don't count.

Reading Caitlin Macy's fine first novel, "The Fundamentals of Play," is a bit like being invited, unawares, to the party. Unless we've prepped at Hotchkiss or Miss Porter's, been introduced to society at the New York Yacht Club or inducted into Yale's Skull and Bones, we don't know quite what to make of things.

The two most intriguing characters in this novel find themselves in just that quandary, though in very different ways. George Lenhart, the 23-year-old narrator fresh out of Dartmouth, toils as a 100-hour-a-week peon in Wall Street corporate finance. He is the soul of ambivalence, at once in awe of old money and resentful that he's not part of it. What would solidify his status is marriage with Kate Goodenow, the object of his fascination since their boarding-school days at Chatham. A creature of her social class, Kate embodies that indefinable point where breeding, insouciance and a sense of entitlement intersect.

For all Kate's appeal as the unobtainable mystery woman, she isn't the other character of greatest interest here. That's Harry Lombardi. Harry is the author's Gatsby in the making. Not that he's rich, yet, or a gangster at all. But he's very unpolished, very outri, every inch a striver in a culture that prides itself on hardly trying at all.

At Dartmouth, George had fallen under the spell of the arrogant and unlikable Chatland "Chat" Wethers. Chat's attraction? His family had the money that George's family once had. Because George's father had fallen into something close to genteel poverty as a boarding-school headmaster, George was forced to work his way through college, until Chat rescued (and enslaved) him with a loan. For a while Harry was their sometime companion -- a public-school kid from Long Island on the fast track to success -- until he dropped out. That he was a devout Catholic he couldn't bear to tell anyone. Eager to learn the games the upper class plays, Harry was subjected to their snickers behind his back.

Here's the Catch-22: No one is going to tell Harry, or anyone else, the rules. But if you don't know the rules, you can't play. Unless you absorb them like mother's milk when young, you'll probably never catch on. Above all they stress a cool, understated elegance and ease. Nonchalance is as essential as grace. In a crisis you keep a stiff upper lip. At a party you never run out of tonic.

Kate may be an alluring enigma -- certainly the men who swarm about her think so -- but the boy in her boarding-school past is even more so. The son of a poor Maine lobsterman, Nick Beale was the natural aristocrat who instinctively knew all the rules, charmed all the girls, won all the sailing competitions. Sent to Chatham after his father's death by the rich folks (including Kate's parents) who summered where he lived year-round, Nick proceeded to destroy his future by depriving Kate of her virginity. A decade later Kate still can't get over losing him. Mostly from afar, Nick haunts this story as a ghostly counterpoint to the gods of ambition and money.

Macy frames her story as a kind of moral coming-of-age tale, with George learning that a steady cultivation of irony can't shield this crowd from life's blows. He moves from uncritical acceptance of the rules to a more mature comprehension of their limitations. His eyes opened, he can begin to see Kate, as we do, as shallow, complacent and snobbish.

Macy's portrait of prematurely conservative rich kids ("We ought to have wanted to start a revolution," George muses; "instead we bought cocktail shakers") is richly evocative. Her narrative swings gracefully from present to past and back, slowly revealing the secrets in the shadows. In the restrained, rueful voice of George, this subtly modulated prose acknowledges its debt to the likes of Richard Ford, Ethan Canin and Susan Minot.

Certainly we can quibble here and there. Kate doesn't seem nearly smart or intellectually curious enough to have made it through Yale. And how deeply can an aborted high school romance really resonate after you've outgrown puppy love? Still, not even a touch of melodrama near the end could dilute my pleasure. And I detest rich spoiled brats as much as anyone.