For just $6, I turned a rental car into my mother; its global positioning system was flawed and irritating, but ultimately kind of lovable. 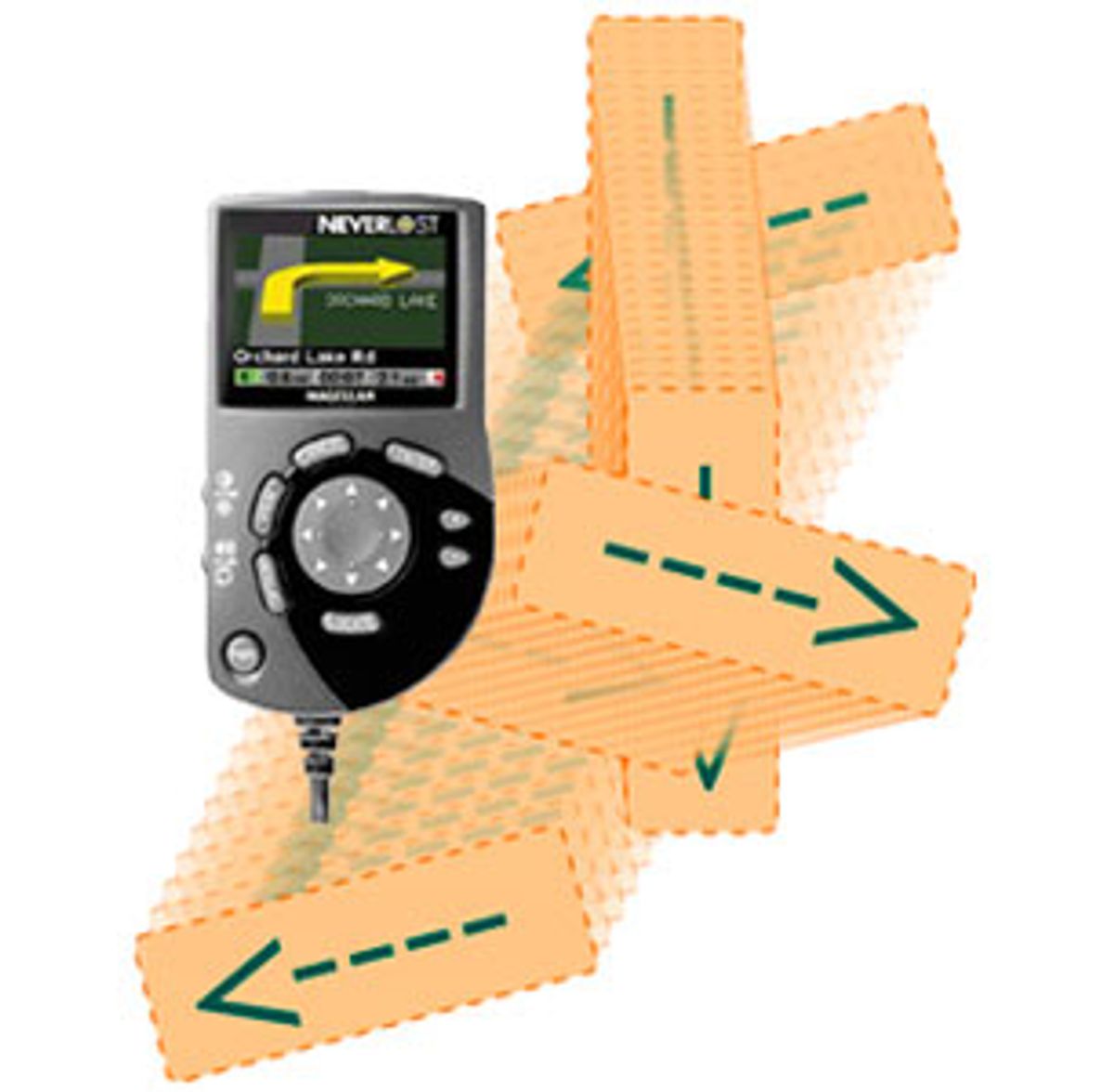 How could I resist the NeverLost? The woman at the Hertz counter at Burbank Airport, just outside Los Angeles, told me that, for only $6 a day, this little machine would tell me how to get anywhere I wanted to go in California. I didn't really want to go anywhere -- just to a Pasadena, Calif., hotel and back to the airport -- but what if I changed my mind? The L.A. freeways, with their constant insistence that I merge across clogged lanes of speed-crazed commuters and exit on strange left-lane offshoots, frighten me. Each time I do it, I feel as though I'm on a roller coaster with no rails, no brakes and nothing but luck and the kindness of unkind, probably gun-toting strangers saving me from certain death.

"How do I use it?" I asked. The woman at the counter smiled. "It will show you. People say it's very user-friendly." I signed the rental agreement with a certain excitement. No one I know in San Francisco has ever used anything like the NeverLost. My friends are fully digital, wireless, Web-enabled, glow-in-the-dark people, but when they get lost, they have to ask directions like anyone else. For once, I would lead them in the gadget race. I would be an early adopter.

The NeverLost, which is manufactured by Magellan, is a parking-ticket-sized box that perches beside your car's gearshift (or where one would be if you had a manual transmission). It has a little screen, a round button and oblong buttons labeled "Enter" and "Cancel." Inside the box is a global positioning system computer, which tracks the position of four or more satellites in the sky overhead and, by calculating the computer's distance from each satellite, figures out exactly where in the world you are.

The NeverLost speaks in a soothing female voice, but it does not listen; somehow you have to use its three buttons to tell it where you want to go. I tried again and again to give it my hotel's address, but for some reason it wouldn't believe that I wanted to go to Pasadena. It suggested instead that I visit some spot on a street with the same name in Los Angeles. Finally I persuaded it to take me as far as an exit on the appropriate freeway -- not my exit, but close enough, I hoped. The NeverLost suggested that I take a left turn, plow through a row of parked cars and then go straight along the road highlighted in pink on its little screen.

By the time I left the parking lot, it was already urging, in its soothing voice, "Please return to the indicated route." If it had several voices at its disposal, it probably would have shrieked, "Where are you going?" Driving to Pasadena -- part of the way on the indicated route, part not -- it occurred to me that the NeverLost is like an onboard digital parent: It wants you to do the impossible, and gets upset when you don't oblige; the only way to make it happy and useful is to lie about where you're going. For only an extra $6 a day, I had turned the car into my mother.

The next day, the NeverLost and I were on better terms. It agreed that I was in Pasadena, and I agreed to follow its directions more carefully. It gave me almost painfully thorough advice on how to get to the Huntington Library ("Right turn in 0.1 miles, then prepare to turn left" and so on), and I had such confidence in its sense of direction that I drove past the entrance to the library, turned right and kept going. A quarter of a mile down a suburban cul-de-sac, with nothing but bungalows in sight, the NeverLost announced happily, "You have arrived."

I wondered how anyone could have described the NeverLost as user-friendly. To me it seemed malign, mocking. Any moment now, it would say, "This is where you really wanted to be. Isn't it?"

The library was closed. I thought I might visit the observatory at Mount Wilson, and since I hadn't brought a map -- why would I? -- I had to rely again on the NeverLost. I summoned its "Points of Interest" catalog and scanned through all the California listings beginning with the abbreviation "Mt." Whoever created the catalog had clearly defined 'interest' in the broadest possible sense: The NeverLost offered to direct me to an auto body shop on El Camino Real in Mountain View, Calif., (316 miles north of my present location) or to the Mount Diablo Elementary School, presumably in case I had a speaking engagement there -- or just wanted to abduct a couple of kids.

After a disconcerting moment when the NeverLost's arrows showed my car traveling in two directions at once on the same road, I got on the freeway toward the observatory. The NeverLost guided me up into the hills, to where the clouds come down to the mountaintops and snow lingers by the roadside and in the valleys. "Right turn in 13 miles," it told me. Now that, I thought, is my sort of direction.

Halfway up the mountain, though, the voice told me that I'd gone off the indicated route. Never mind that there were no other roads anywhere, not even on the NeverLost's map; never mind that if I had somehow managed to drive off the road, my car would have plummeted off a cliff, bounced and tumbled, burning, into a ravine. The last voice I heard in this life would have been a synthetic, soothing female one whispering, "Please return to the indicated route." I kept on toward the observatory while the arrow that represented my car on the NeverLost's screen stayed put, a little triangle stuck in geographical impossibility.

My life didn't flash before my eyes, but I did recall a time, years back, when my family had a "Toaster With a Brain" -- a toaster that, as far as I could tell, worked just like an ordinary toaster. You asked it for light toast, you got light toast. It was only when the toaster malfunctioned -- when you asked for light toast and it gave you a carbonized slab like the block Han Solo was frozen in -- that the appliance seemed to have a brain, albeit a deranged, evil brain that knew what you wanted but wouldn't do it unless you asked really nicely.

All of which makes me think that machines have more personality when they don't work right. If the NeverLost had taken me around Pasadena without incident, I would hardly have noticed it; as it is, the device became my companion, my surrogate parent, my digital superego -- telling me that everything was all wrong when it was all right and vice versa.

I'm certain that the engineers who built the NeverLost didn't intend this to happen. But it is, if you think about it right, a sort of bonus. I will remember the NeverLost long after I've forgotten what kind of a car I rented or even, probably, where I drove. Because it doesn't quite work, it is, as my device-laden San Francisco friends would say, "sticky."

Hopefully, other manufacturers will take a page from the NeverLost's book and flood the market with memorably quirky gizmos. Still, I can't escape the thought that erratic machines are somehow more evolved than predictable ones; that the people who are trying to create artificial intelligence would do well to take a shortcut through artificial perversity.

I reached Mount Wilson in one piece, but the NeverLost never recovered. It would let me pick a destination, but each time I asked it to calculate my route, it told me that there had been an error. If the NeverLost really believed that I was in a box of smoldering scrap metal somewhere in the San Gabriel Mountains, then the error was entirely understandable: It would take considerably more than a global positioning system and a microchip to guide you from the afterlife back to Pasadena.