A comic novel about a 320-pound brother whose journey out of the 'hood includes sumo wrestling and a bizarre run for political office. 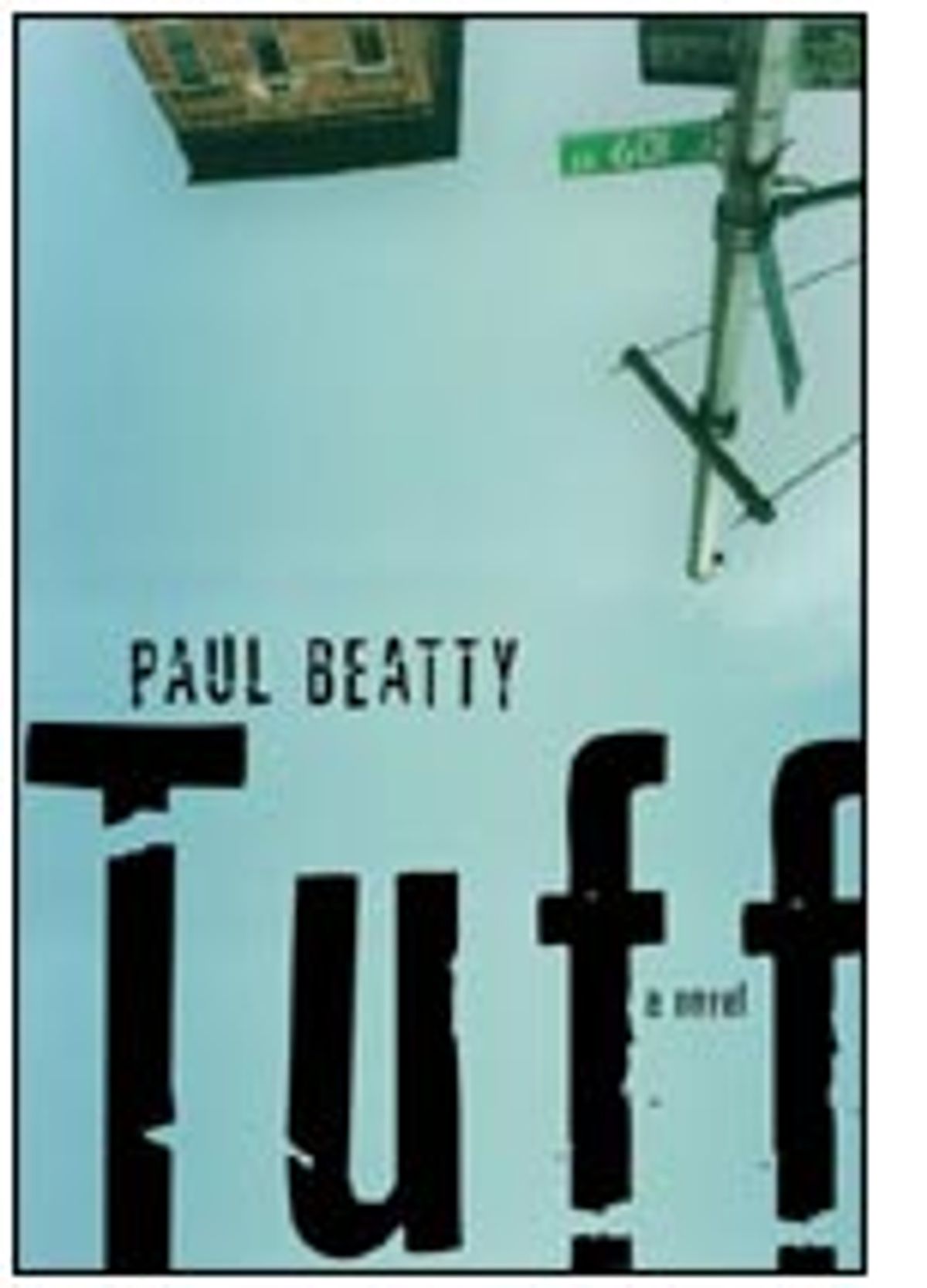 When the readers of Paul Beatty's "Tuff" first encounter its hero, he's picking his dazed and possibly bullet-riddled self off the floor of a Brooklyn, N.Y., drug den. This is Winston Foshay, aka Tuffy, a threatening, mountainous young brother whose job, in theory, is to act as a sort of one-man deterrent against the threat of unwanted intrusions. At the first sign of trouble, though, Tuffy's massive legs have turned to jelly and the big fella has passed out on the spot. Good thing, too; if he hadn't, he would have resembled his less-fortunate partners in crime, "three other ghetto phenotypes, soulless young outlaws posed stock-still, mouths agape, eyes open, like figurines in a wax museum's rogues' gallery."

Not that Tuffy is an outlaw, really. At 19 years old and a cool 320 pounds, he just looks like one. In truth, Tuffy comes across as part Fat Albert, part hip-hop superman. Around his Spanish Harlem neighborhood, Tuffy has developed a considerable rep as a force to be reckoned with. Everyone defers to him, especially his main man, a clubfooted ghetto intellectual known as Smush, and the other members of Smush's ragtag crew. Everyone, that is, except for Tuffy's wife, Yolanda, a righteous sister (and the mother of his 11-month-old son, Jordy) who quotes liberally from Ebony and Chocolate Singles magazines and fortifies her near-daily diatribes with selected passages from such self-help bibles as "The Good Black Man: Some Assembly Required" and "Sisters Doing It for Themselves -- How to Masturbate to an African Orgasm."

Despite his formidable standing in the 'hood and his implacable posture of been-there, done-that cool, Tuffy is a man in search of himself. Convinced that the answers aren't likely to come from his Black Panther beatnik-poet father or from Ms. Nomura, the unreconstructed Marxist revolutionary who raised him, Tuffy turns to the Big Brothers program for guidance. Its organizers respond with Spencer Throckmorton, an African-American rabbi who wears clogs and listens to Harry Chapin and "Bread's Greatest Hits" on his car stereo. But the good rabbi doesn't seem to have what it takes to help Tuffy find his niche in life, either.

Up to this point, Beatty's (sometimes) hilarious narrative is exaggerated only slightly for satirical effect. But when a poster of Eugene V. Debs inspires Tuffy to make a run for city council, the comic strokes become broader and more surreal. Unfortunately, Tuffy's approach to political campaigning is as laid-back and haphazard as his approach to the rest of his life. And though the campaign supplies the book with a certain amount of suspense and a logical endgame, it doesn't provide much in the way of direction either to the life of the protagonist or the novel that chronicles it. As the story progresses, its hold on our attention grows weaker instead of stronger.

"Tuff" is Beatty's follow-up to his justly acclaimed debut, "The White Boy Shuffle," and his gift for dazzling linguistic flights are as awe-inspiring here as they were there. He's a born word-spinner, but while his prose retains the same electric pop and sizzle, the new book lacks the diversity and authenticity that made that initial outing so impressive. This time, the events seem to tumble out one after another without ever coming fully to life or building any dramatic momentum. Some of them -- such as Tuffy's brief encounter with sumo wrestling and his one campaign debate -- are virtuosic set pieces full of telling gesture and detail. An equal number, though, fall flat or merely provide the author with another occasion to put his technical brilliance on display.

What's lacking is any sort of moral or philosophical center. It may be all right for Tuffy to flail around without direction, but for the author to come across as equally rudderless is another matter. The book is full of ideas, not to mention a wide range of opinions on such pressing issues in the black community as drug use, the death penalty and teenage pregnancy, but rhetorical posturing isn't the same thing as a worldview. For all his talent, Beatty can't seem to cut to the heart of what he wants to say about Tuffy or the world he lives in. Instead he settles for a glib and empty nihilism. If, as seems likely, he sees his novel as a coming-of-age story, it fails at the most fundamental level: Tuffy's rite of passage is a dead-end trip, the nowhere ride of a nowhere man.

A former film critic for the Washington Post, Hal Hinson reviews books and movies from his home in West Hollywood.