These spectacular dot-com flameouts are lessons in bad thinking, not harbingers of industry-wide collapse. 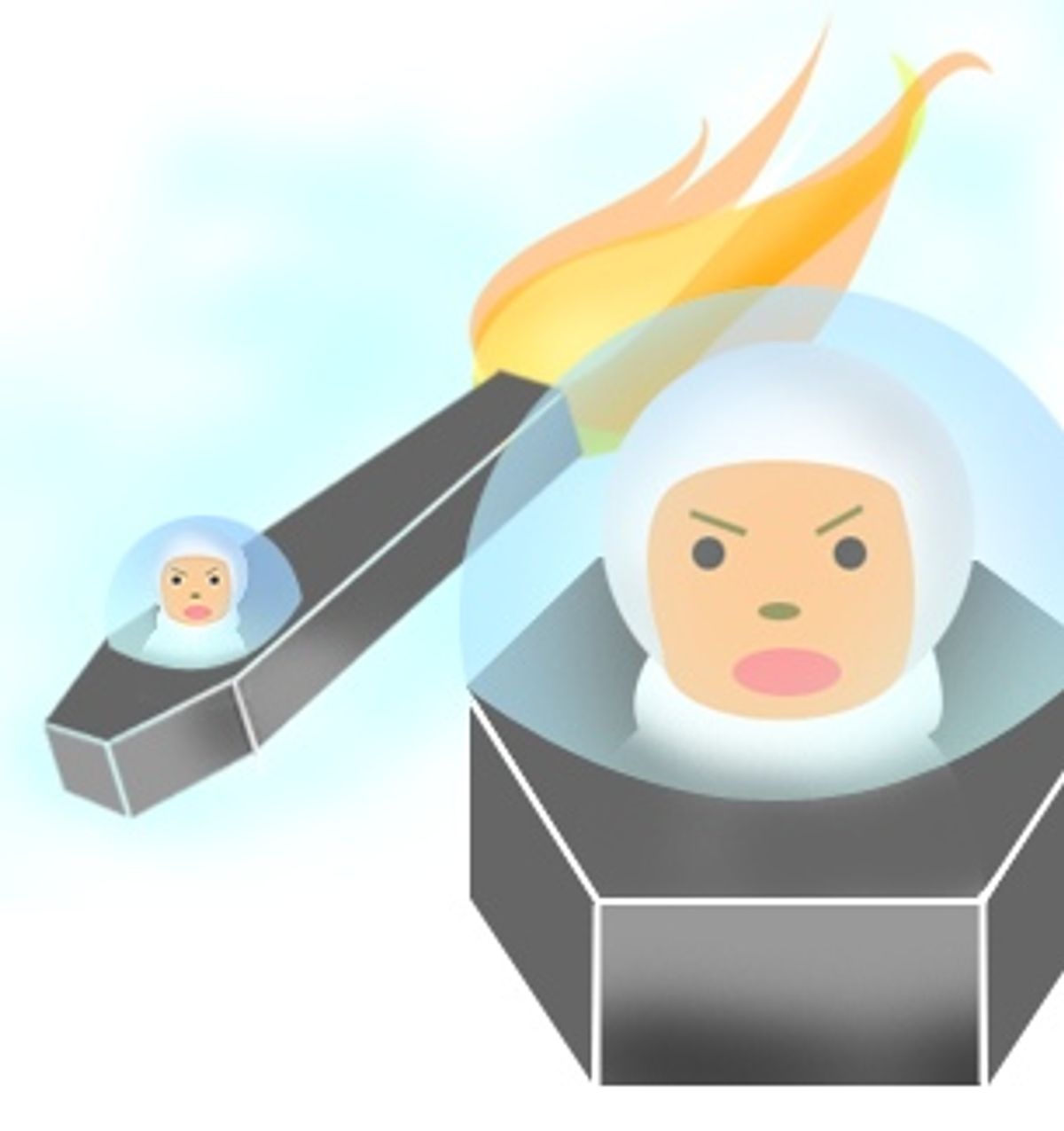 When a pair of prominent Net companies flame out within days of each other, you can just smell the trend stories cooking in the media oven: Dot-Com Death Rattle! E-Extinction! Net Nada!

But just the slightest attention to these companies' sites and products offers a different view. The Net business may or may not be in trouble, but the failures of these companies don't offer much of a weather vane for this industry. Their problems stem not from general market conditions but from some very specific mistakes that more successful Web sites learned to avoid years ago.

For instance: In the year 2000, there is no excuse for any professional Web site that expects to reach a wide audience of users to put on its home page an animation that requires a browser plug-in, as DEN has (users who don't have that plug-in get a blank screen.) That choice is simply indicative of the larger miscalculations DEN's creators made, in assuming that the Web is a medium hospitable today to TV-style shows and full-bore audio-visual entertainment.

Microsoft spent countless millions launching a network of TV-style shows as part of its MSN strategy back in 1996 and 1997. The resulting disaster left acres of corporate scar tissue that have made Microsoft allergic to a "content strategy" ever since -- and taught anyone within clicking distance the basic lesson that "TV on the Web" is a dumb idea. Who wants to wait for DEN shows like "Aggro Nation" and "Frat Ratz" to trickle down to the desktop, when the kind of entertainment they offer is just a pale imitation of what television delivers more quickly and reliably?

But DEN's Hollywood founders thought they knew better; enthralled by the chimera of "convergence," they assumed that because they understood the way the entertainment industry works, they also knew how to entertain people on the Web. That arrogance explains DEN's demise as much as or more than the sexual harassment charges and management shake-ups that are being widely cited in coverage of the company's saga.

Similarly, Boo.com built a site that only a (bad) Web designer could love, full of modem-clogging graphics, pop-up windows and other screen detritus. (The current site represents a redesign that is streamlined only in comparison with the original Boo overkill.) The company apparently burned through an astonishing $120 million in six months; perhaps the problem was simply too much money to hire too many designers and engineers with nothing to do but compete at inventing neater ways to slow down their pages.

There's a notion afoot in the marketing world that the Web is a crippled medium compared to television because it lacks emotion: "Internet advertising must have mystery and sensuality," Saatchi & Saatchi CEO Kevin Roberts told the Wall Street Journal Thursday. Well, who's against mystery and sensuality? The trouble is that online shops like Boo don't understand how to achieve them without tossing in massive, slow-downloading graphics. And all the mysterious sensuality in the world won't get your Web page very far if the impatient user has left before it loads.

Ahhh, but wait, you say -- weren't DEN and Boo really just pilot projects for entertainment and commerce in the beautiful broadband future, when DSL and cable modems eliminate the wait for such sites? If so, they were awfully expensive pilot projects (DEN spent over $60 million in two years, less than Boo, but still mind-boggling.) To draw up a Web business plan today on the assumption that broadband has already become a mass market is to court DEN-sized disaster.

This week, the Industry Standard offers a revelatory survey on broadband adoption, which includes the eye-opening finding (from Jupiter Communications) that only 5 percent of U.S. users have broadband access now, and 73 percent have no plans to get it, ever. You can look at broadband and see a business opportunity if you're in the business of selling high-speed Net access yourself; but if you're trying to reach large numbers of consumers or viewers, as DEN and Boo were, you'd better keep your focus on the "narrow" band until those numbers change -- a lot.

Beyond cultivating a certain resistance to hype and flavor-of-the-month trends, you don't have to struggle very hard to figure out what works on the Web today. Just look at any of the leading sites, and what do you see? Text, text, text everywhere. Whether you're a portal like Yahoo or an information site like CNN.com or a store like Amazon.com, if you're reaching a vast audience, you've already figured out that text makes the Web go 'round.

A new study of Web news site usage from the Poynter Institute and Stanford University confirms this principle. Users of news sites focus on text first and pictures later, if at all, the study found:

"Where do eyes go initially after firing up the first screenful of online news? To text, most likely. Not to photos or graphics, as you might expect. Instead, briefs or captions get eye fixations first, by and large. The eyes of online news readers then come back to the photos and graphics, sometimes not until they have returned to the first page after clicking away to a full article."

An important insight, yet one that's quite difficult to act upon -- just look at the home page for the study's own Web site, with its big photo dominating the screen and the text information shoved over to a narrow column on the right.

On the Web, it turns out, a word can often be worth a thousand pixels. And all the pixel-pushing in the world can't save sites like DEN and Boo if they haven't figured out how to use words -- economically and persuasively -- to shape the experience of site visitors.

Hell, if they're really good they might find that words can even create "mystery and sensuality." This has, in fact, even been known to happen outside of Web browsers.