The urge to merge

Summer?s here and the time is right for merging on the Street. A look at who?s seeking matrimonial and monetary bliss this wedding season. 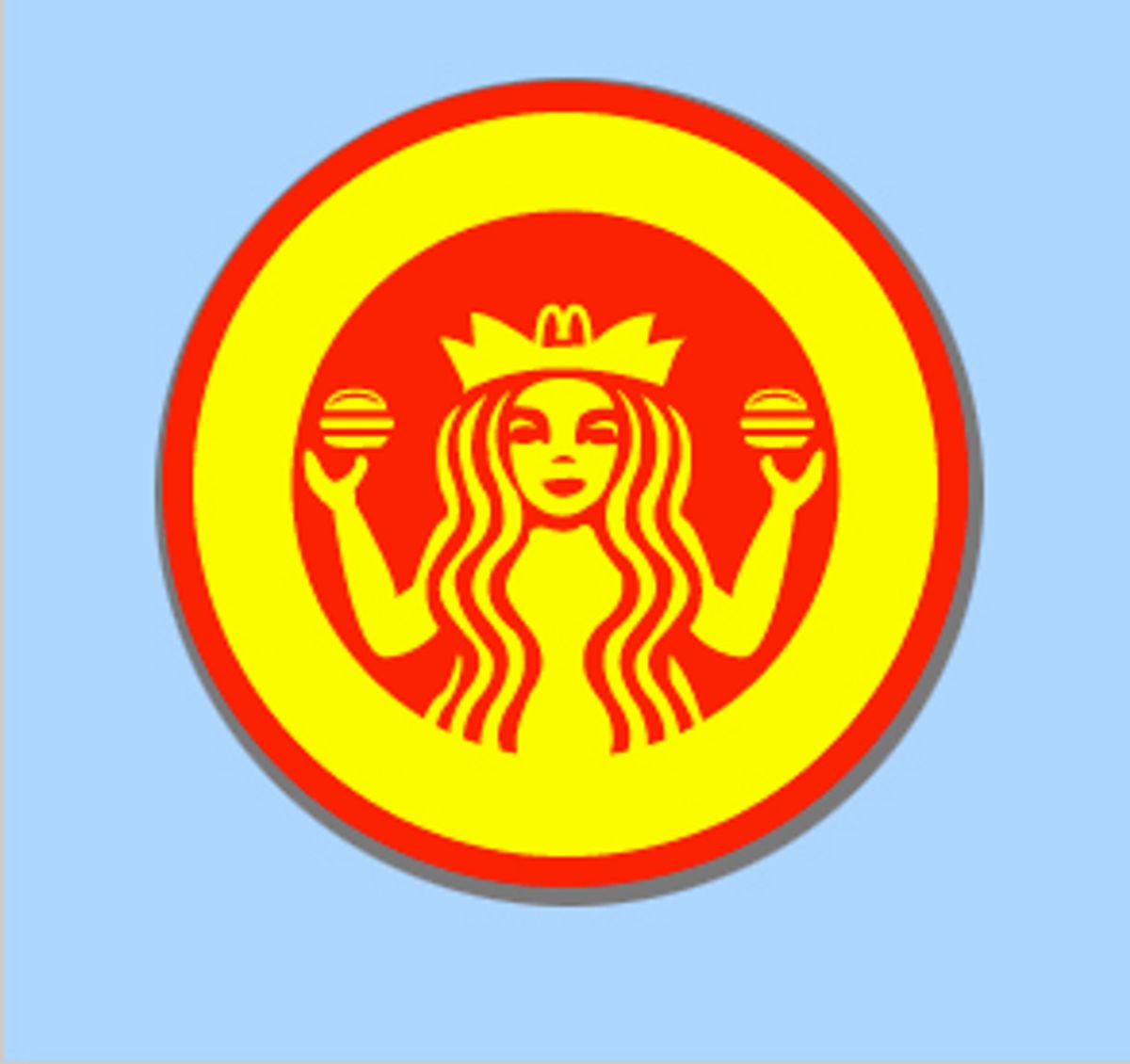 Here at NASDAQ 3000, shareholders are having a fire sale on a heap of New Economy stocks. Start-ups with depleting cash flows feel the tightest squeeze. Fresh V.C. money still is trickling in, but not like the geyser of a year ago. Companies that refused to even consider getting hitched a few months ago have developed a sudden interest in marrying for money. And what could be more charming that a spate of summer weddings -- even if they're of the shotgun variety?

The Web toy business doesn't look much fun for start-ups these days. Nickelodeon-backed RedRocket.com and Disney's Toysmart.com both folded in the past few weeks, and KBKids.com announced a heavy layoff. Despite a rocky online start, Toysrus.com now has more traffic than former IPO wunderkind eToys, although the latter site still has the technical edge. Worse, eToys' cash is going fast and its stock has sunk 93 percent from its 52-week high.

Which superhero will come to the rescue? None other than reigning online retail champ Amazon.com. Amazon could play vulture, waiting for eToys to expire, then nabbing its customers with some savvy marketing. But now that Toysrus.com has mouse-click momentum -- not to mention a fresh $60 million cash infusion from Softbank -- Amazon can't risk losing shoppers to the brick-and-mortar giant. Long story short: If Amazon wants to stay in the game, it must move decisively.

What will happen: Amazon chief Jeff Bezos acquires eToys and becomes the No. 1 toy site in fourth quarter 2000. What happens then: He loses the war anyway. Toysrus.com is the toy-biz Terminator -- impossible to kill. Its dot-com claims the top toy spot by Christmas '01.

CDNow's deathwatch has entered its fourth month. (Obit rumors began when its merger with Columbia House collapsed in March.) But to divine its future, you have to see the company as an online media distributor, rather than a compact disc retailer. It's got great Web recognition -- only Amazon sells more music online -- and good technology. What it doesn't have are pockets deep enough to weather changes in e-retailing and the entertainment businesses.

Few have bigger vaults than Viacom, which owns MTV, CBS and a vast number of other media properties, or similarly gargantuan Bertelsmann, home to BMG Music and Random House. Both will have major stakes in the rapidly evolving music-and-entertainment game, whatever that game turns out to be. Is CDNow's name and know-how worth, say, $125 million to $150 million to one of them? Signs point to yes.

And the Web site goes to: Viacom, whose Net play, MTVi, surely would make creative use of a retail arm. Like what? Like: "Yo kids, get 30 percent off every song featured on 'Return of the Rock' if you one-click order while the video is being played on the show," for example.

Does Sotheby's provide value for its buyers and sellers? No doubt.

Does its very old-school corporate culture do the best possible job of providing that value? Not exactly.

Its potentially crippling legal battles over alleged price-fixing also have made the older-than-old-economy art auction bastion into something of a poor cousin, at least in terms of market capital. And popular CEO Dede Brooks' scandal-induced resignation has morale at a 52-week low.

EBay has plainly revolutionized the auction business. Yet it has struggled to get into fine art, its splashy purchase of second-tier auction house Butterfield's notwithstanding. The ability to attract more upper-crust shoppers to eBay surely would be a boon. Even if the Sotheby's types who came to browse through $100,000 paintings don't end up buying any, they have the dough to bid on the rest of eBay's oceanic inventory.

An upstart like eBay taking over Sotheby's could provoke one of the great culture clashes in American corporate history. But if eBay plays it smart, it would end up with a fantastic franchise of knowledgeable people, while folks on the Sotheby's side would be energized by a more dynamic, less elitist understanding of what auctions in the 21st century should provide: great service, trustworthy expertise and some casual fun.

Going once: Top-to-bottom auction dominance; it's got a nice ring to it. Going twice? Sotheby's price-fixing liabilities could turn into a billion-dollar-bummer.

It won't be easy for the world's biggest restaurant chain to keep growing. But if last year's acquisition of Boston Chicken is a sign, Mickey D's thinks shopping may be the answer.

Enter fair Starbucks. Although not a true New Economy company -- no major technology involved here -- it's spiritually as NE as businesses get. The Great Barista has struggled to shed its reputation as just a coffee chain. But its overpriced, under-tasty sandwiches, Bundt cakes and biscotti have done little to help the cafe king expand its empire to the food realm. For all its new stores and snacks, Starbucks' stock is barely higher than it was two years ago.

Gap Inc., which has Banana Republic and Old Navy under its belt, already has proven that retail success can come with a tiered model based on price and style. Think: BR is to Starbucks as the Gap is to McDonald's. Meanwhile, customers at the Golden Arches would get better coffee and Starbucks could get a little expert help on the food side. Super-sized fries and a triple-shot frappuccino: the Very Happy Meal.

Consumer perk: You'll never be more than 15 yards from a piping-hot cup of high-quality coffee. Corporate perk: Consolidated tort-defense costs, in re: "I scalded my mouth" suits.

iVillage.com and its neck-and-neck competitor Women.com have conquered the women's Web market, with each attracting about 6 million unique users a month. Advertisers are increasingly demanding that magazine publishers bundle Internet banners with print buys. Hearst already has a distribution deal with Women.com, making iVillage the prize to contend for.

Time Inc. surely wants more female readers. It spent heavily to launch the flailing monthly Real Simple this spring. It also has an inside track on iVillage: AOL has funded the Silicon Alley company from early on. Meanwhile, Condi Nast's audience is mainly female. (With Details' demise and Lucky's debut, 11 of its 17 titles cater to women.) But the Newhouse magazine empire has yet to assemble a meaningful Web presence.

With iVillage's stock at $6 a share, down from a high of $67, it's a good time for someone to strike. I say $300 million gets Steve Case or Si Newhouse iVillage, including famously combative CEO Candice Carpenter. And $325 million gets them iVillage without her, ba-dum dum.

Round 1: Newhouse mulls over takeover. Round 2: He can't bring himself to pay so much for virtual property; goes after a minority stake. Round 3: AOL vetoes the sale, buys a controlling interest in IVIL in a private deal that enriches insiders without sending the stock price much higher. Round 4: Rejected suitor Condi spends another $30 million to revamp its own lackluster Web network. Round 5: It still doesn't work.

Now, I'm just a poor columnist. I have no inside information about who, if anyone, has Salon in its scopes. (Nor do I own any Salon stock.) But there's plenty of speculation that Salon will be bought. The site (or "site network," depending on who you talk to) has great demographics and good traffic numbers that could thrive with a couple of well-executed distribution deals.

Salon could make sense to portals looking to augment their content offerings and traffic numbers, too. Per user, Wall Street's paying about a quarter for Salon of what it's paying for places like Ask Jeeves.com and CBS Sportsline, which also still lose money. Excite -- of which I do own a few shares -- seems the likeliest portal possibility.

What will happen: A brand-name portal makes a stronger offer than new-media manqui Condi.

What will happen then: We're still here in 2002, beamed to you daily on your color-screen Web phone.

Steve Bodow is a writer in New York who has contributed to New York magazine, Wired and Feed.