"Will work for options" was the motto that built the new economy, but mylackey.com's Brian McGarvey takes it to new extremes. Housecleaning anyone? 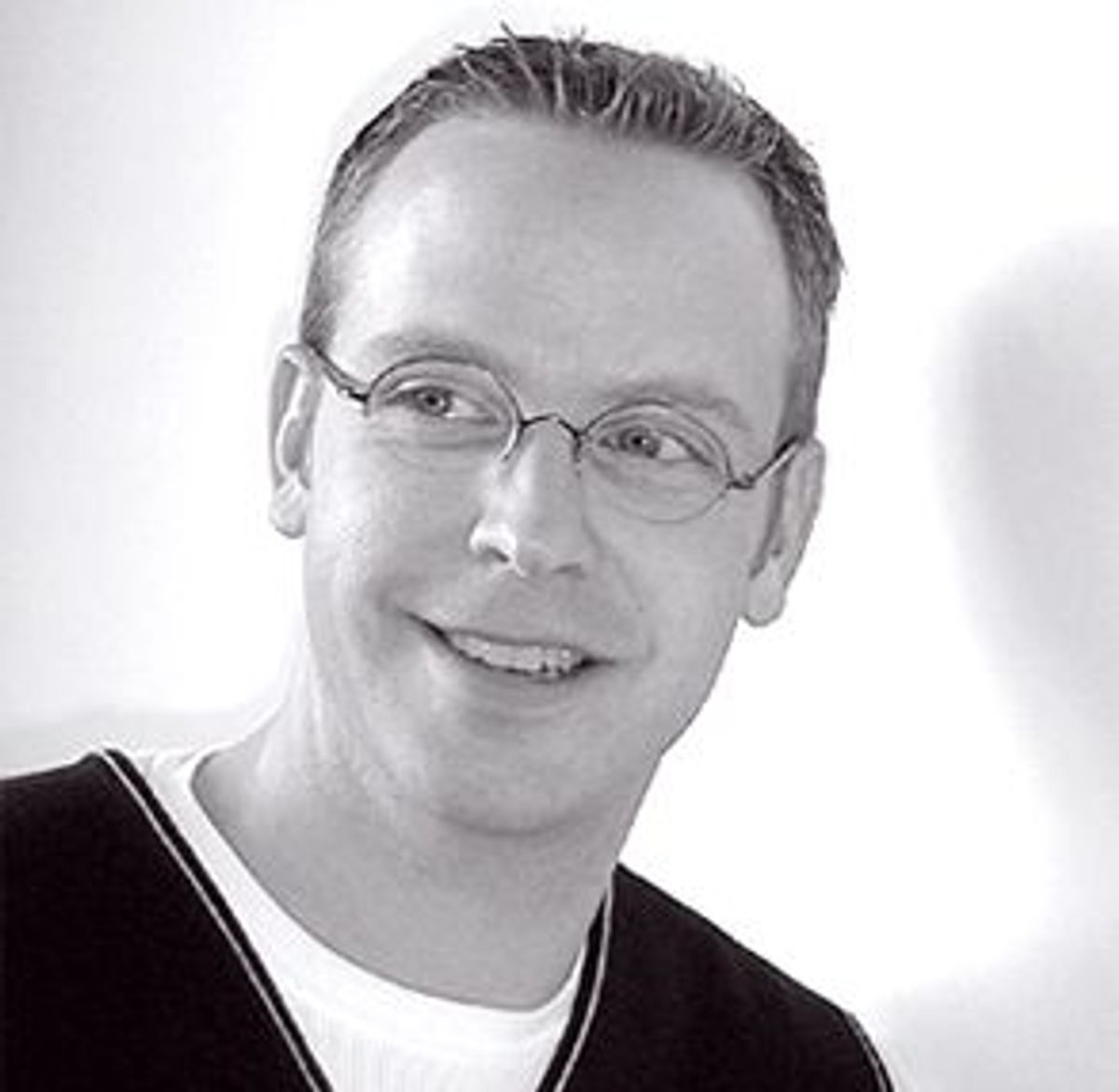 Working long hours at a Seattle start-up last year, Brian McGarvey never found the time to pick up his freshly pressed shirts. So, like any good American, McGarvey promptly came up with the idea for a company that would satisfy his own needs, an Internet start-up that would go where no other had dared to venture -- the cleaners. And beyond.

"Why stop there?" asks the 32-year-old, recalling his moment of inspiration. "What about housecleaning? What about auto detailing? What about errand services, and all these other things? What if you could put them all online?"

Now, of course, those questions are being answered. Mixing software with servitude, McGarvey's company -- appropriately named mylackey.com -- is no longer just an idea. It's a reality, albeit an odd one. Since January, Seattle residents have had lackeys at their service; after setting up an account through the mylackey Web site, they can schedule a time (with at least a day's notice) for a lackey to do their dirty work. Just a couple of weeks ago, the lackeys arrived in Portland, and by the end of the year, mylackey.com, following the national expansion path of other Web-meets-the-street delivery companies like Kozmo and Webvan, will arrive in 12 other cities.

CLO ("Chief Lackey Officer") McGarvey couldn't be a happier man. After 11 years of managing sales teams at e-commerce services companies like eCharge and iCat, McGarvey is eager to be in touch with the consumer. And he is apparently enjoying the requisite silliness of start-up culture: In a press release announcing a $6.5 million investment from WaldenVC, mylackey.com said the funds would go toward marketing, expansion into new markets "and to purchase a dog."

Just how far will mylackey go? My roommate's dog, for instance, is sick and has been spraying diarrhea all over the house -- will you come and clean that up for me?

What are your most popular services?

The most popular service we provide today is housecleaning, and a close second is dry cleaning, auto-detailing and errand services. Lawn care, on-site massage are also popular.

What are some of the stranger requests that you've had?

Oh boy, there's quite a few. We had a University of Washington student call us on Saturday morning and say, "I'm preparing for this final and I have all this research that needs to be transcribed. Can you do this for me?" We're like, "Yeah we can do it -- what's it about?" It was all about coffins. So we had a lackey sent over. He picked up the tapes and the papers. We typed it all in, e-mailed it back and it cost him $40.

That's interesting; makes me wonder if anyone has ever called looking for an escort service?

Oh yeah. People call on a regular basis. They'd love to use us as an escort service, but it's just something that we don't do.

How many employees do you have?

We have about 75 right now.

How many are actual lackeys?

Probably about 20 or so.

So you're predominantly a network, an aggregator of a city's services rather than an actual team of people who perform the services?

Well, we have some services, which we actually perform ourselves [about 25 percent]. And there's some services that we don't perform ourselves. They're performed by our service providers, which are local businesses in the markets that we're in. But along with operating as themselves, they operate as mylackey.com; that's why they're wearing the uniforms, they're wearing our ID badges. The representation is all mylackey; they're fully branded.

What was the last thing your lackey did for you?

Last weekend I was looking at barbecues at Home Depot. They had this great deal with free assembly, but then [it wouldn't] fit in the car. So I had my lackey go pick it up; I barbecued that night.

Have you done some of the lackey work?

Sure. I've gone housecleaning. I've gone on dog-walkings; done the van driver thing. I want to go out on a regular basis and keep my hands in it and get the customer experience to be sure that everyone's really getting what they need from us.

If I really like the way you or another lackey "kept your hands in it," could I ask you to come back?

Sure. Our goal is always to use the same lackey for the same customers. It's hard to match every single time, but the majority of the time, people get to know the driver. People have great relationships with our drivers. It's even to the point where our drivers tell us that when they're driving down the road, people are waving at them, yelling and screaming, 'Hey, that's the lackey guys' -- because it's so cool.

So cool? Or so funny? These guys don't mind becoming famous for their ability to clean or delivery laundry?

No. The drivers are having a great time. They're out in the public and really enjoying it.

I find that hard to believe. What's the turnover rate?

We've had zero turnover. We have this really, really great culture. It's very flat, very open. I'm totally accessible to everybody at all times. We have a really fun office. People are here and they work long, they work hard, there's a lot of energy and it really attracts people.

But how do you keep people who are willing clean up my dog's mess, willing to be essentially, servants?

Besides stock options, how much does the average lackey make?

We pay our drivers somewhere around $14 an hour. There's no one who works here that doesn't have stock options.

And I think, despite where the market's at, people are still super cranked-up on it. The good thing is that we're the exception to the rule: We're not any of those companies that are failing out there in the public market. We have this new business model that's never been done before that has these big margins [about 30 percent], and [the model] actually, really shows that we can be profitable. We forecast profitability in a market within nine months of opening it. So in the Seattle market, we expect to be profitable by the end of the year.

How exactly does this business model work? Mylackey looks a lot like an extension of other delivery companies like Kozmo or Webvan, which lose money on every sale: How can you manage to profit in an environment where you're spending $5 on gas to deliver $2 worth of dry cleaning?

I get that question a lot -- people talking about how the B2C [business to consumer] market is having a tough time right now. But it's the B2C product companies that are having a hard time. We're one of the first companies to be providing services online. We're not delivering products, just services. So we've built this wonderful network of service providers that include ourselves, who provide all these services that everybody needs.

And the great thing is that we buy it wholesale and sell it retail, so we have nice fat margins. And when we go and open a market, we're not spending millions and millions of dollars on building up this infrastructure, like a Webvan or a HomeGrocer. We're leveraging the excess capacity of all these other services that already exist in the real world.

So you go into a given market and partner with a dry cleaner or several dry cleaners and they give you a discount ...

And these companies are willing to do this -- give up their own brand?

Yup. Because if you think about it, people in the services business aren't there to say, 'I'm number one in dry cleaning.' They're there to do dry cleaning. And what we're doing is delivering them customers that they never could have gotten before.

Doesn't it take a lot of time to find companies you want to use; finding service companies that are willing to build a relationship with you?

No. We opened our first new market, which was Portland, in 75 days -- from start, from hiring people, signing up service providers, building an office and turning on the switch.

How much of your business comes from individual users vs. corporations?

Our sweet spot is the B2B [business to business] side. We go out -- we have what's called a mylackey@work program -- where we go out to fast-paced companies where people are very busy. These employers want an edge to recruit employees and make them happy. You just can't stop at the health club anymore. You've got to have mylackey services -- on-site massages, gift certificates to employees who are doing a great job, and all their employees get 10 percent off mylackey benefits.

We probably do at least 50 percent with companies. We do a lot of stuff for the dot-coms and high-tech companies in Seattle. Along with mylackey@work, we also do what we call 'the party patrol.' We go pick up their kegs and party stuff and deliver it to their offices. It's a recurring thing.

How many customers do you have? How much revenue are you pulling in?

Both of those are numbers that we can't quote out right now. What I can tell you is that we're exceeding expectations.

What are your plans for expansion -- are you planning to expand into Kozmo territory and start delivering products?

Nope. We're going to stick with services. We have some products, but they're things that meet our margins standards and maybe it's last-second flower delivery or gift baskets.

I hear you've got plans to buy a dog.

We're going to get a golden retriever. A dog is someone's best friend and that's kind of what lackeys are all about.