"The Angel on the Roof" by Russell Banks

In stories from nearly four decades, the writer demonstrates an astonishing range, a wonderful eye and a finely tuned talent for breaking hearts. 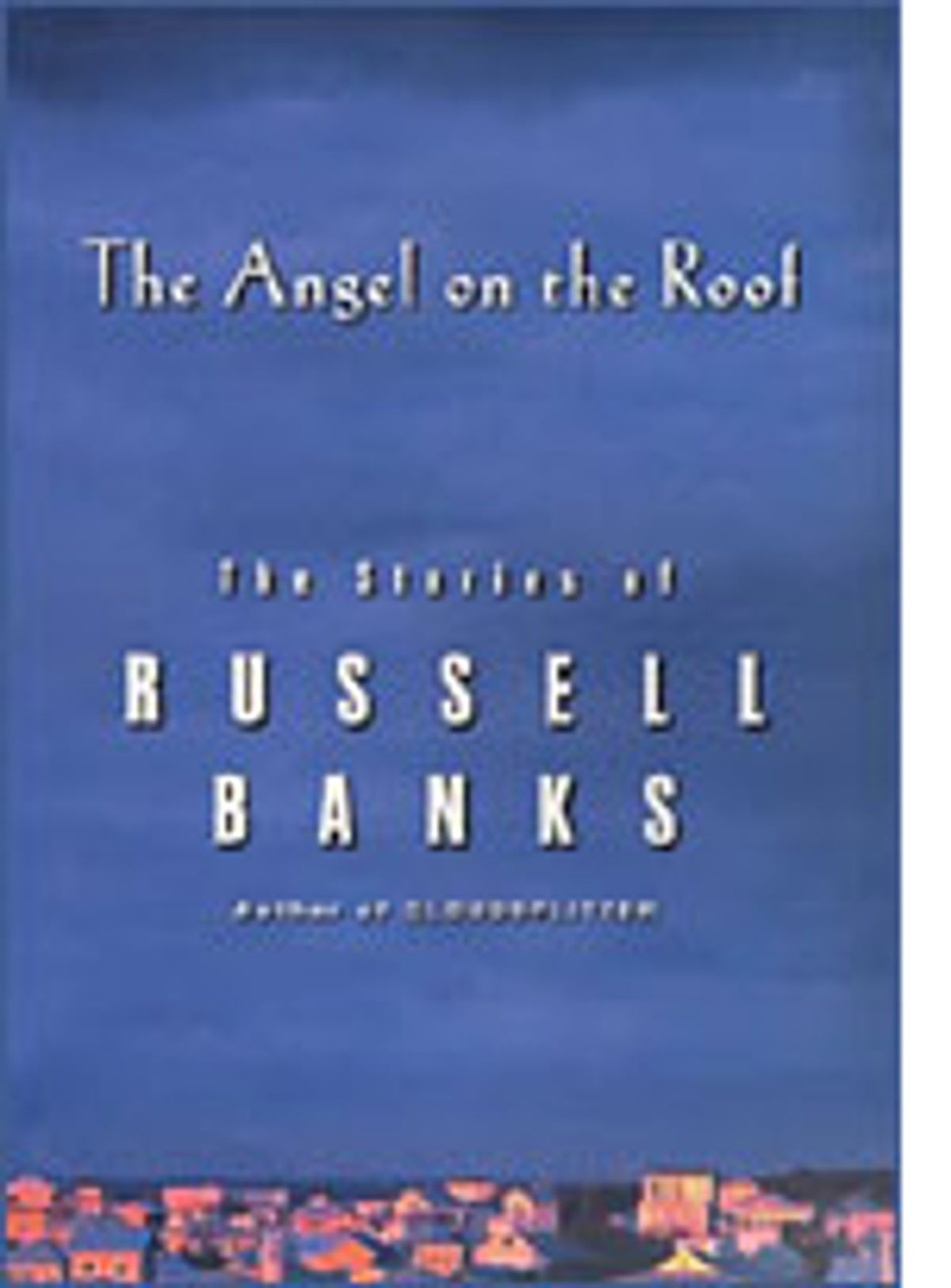 Over the course of 13 books, Russell Banks has veered from mannered Barthelmean formalism ("Family Life") to grainy naturalism ("Trailerpark") to vast symbolic and historical sweep ("Cloudsplitter"), but nowhere is his range more clearly evident than in his four lesser-known short-story collections, represented in "The Angel on the Roof" by 31 examples of what he calls "the best work I have done in the form over the thirty-seven years since I began trying to write." Unlike, say, John Cheever, who in assembling his own collected stories chronologically made visible the grand arc of his career, Banks has chosen to group his "thematically and dramatically"; the result is an often jarring ride through four decades of multifarious modes and techniques. If that sounds like a criticism, it isn't: Career-compendium story collections, ranging as they do over so much distance and time, inevitably suffer from straight-through reading. (Even Cheever is still best served in small courses.) Nonetheless, the breadth and reach and sheer variety of Banks' voices and themes often make the present collection dizzying.

Consider, for example, the back-to-back juxtaposition of "Searching for Survivors," the earliest of the stories here, and "Black Man and White Woman in Dark Green Rowboat," my pick for the book's strongest story. In the former, the unnamed narrator grapples with his unheroic history via a short and melancholy sequence of associations with Hudsons: explorer Henry Hudson; a pal's deep green 1949 Hudson Hornet, "the color of oak leaves in July"; and, finally, a Norwegian elkhound pup named Hudson. If it sounds a tad preening and writerly, that's because it is. (It took me four readings just to pen that foggy summary.) Like a number of the other early stories here ("The Caul," "With Chi in New Hampshire"), it carries the whiff of exercises nobly conceived in the pretense of youth, and you may be left with the sensation of having watched someone trying, for no apparent reason, to hoist a boulder: OK, but why?

The latter story, however, subtly but vividly reveals the measure of Banks' talent. Nothing much happens here, either: A black man and a white woman, lovers in a rowboat on a New Hampshire lake, awkwardly discuss the woman's imminent abortion:

"I told Mother," she repeated. Her eyes were closed and her face was directed toward the sun and she continued to stroke her cheekbone and lower jaw.

"And nothing. I told her that I love you very much."

"No. I told her everything."

That there's fishing involved with this corked, tight-lipped dialogue only augments the Hemingway echo. Even the story's structure -- Banks opens with a long descriptive purview of the landscape, then goes on to its scattered denizens, gradually closing in on his protagonists until the reader is near enough to see the puddle of sweat collecting in the woman's navel -- is a riff on Hemingway, and by extension on Cizanne. Banks explained his debt to the two artists last year in the Hemingway Review, speaking in an interview of Cizanne's "logic of the eye" as it pertained to Hemingway, and also to himself:

"Black Man and White Woman in Dark Green Rowboat" is a purposefully sly play on Hemingway's "Hills Like White Elephants," in which an American couple in a Spanish bar talk desperate circles around the subject of whether to abort their unborn child; but despite the obvious risks, the echo is never once derivative. Banks increases the volatility of the original by adding racial tensions and the woman's dispassionate willingness to end the pregnancy. Yet beyond its literary deftness, it's also a very sad tale; in this story and others, Banks displays that rare ability to engage the intellect and the heart simultaneously without once stooping to pretension or sentimentality.

I think it's no coincidence that "Black Man and White Woman in Dark Green Rowboat" is one of seven stories reprinted from "Trailerpark," Banks' greatly underappreciated 1981 collection of interwoven tales about the residents of the ragtag Granite State Trailerpark outside the mill town of Catamount, N.H. "Trailerpark" was Banks' "Winesburg, Ohio," and with it he placed himself firmly in that league of writers who lay claim to specific territories: Faulkner and Yoknapatawpha, Joyce and Dublin, Proust and Combray, Carver and the Pacific Northwest. His portrayal of New Hampshire's hardscrabble underside was instantly definitive.

"Trailerpark" travels some of the same thematic byways as Banks' most widely praised novel, "Continental Drift," and in it the writer is at his best: Landscape and character work in perfect tandem, the flinty stoicism of each building into a collage that feels not just real but truly, and often beautifully, alive. As "The Angel on the Roof" shows, Banks forfeits much of the native heart that fuels his best work when he strays too far from New Hampshire. But when he stays within shouting distance of the wintry territory he has claimed as his own, he's often matchless.