In "Croupier" the most seductive female character is the least perfect. 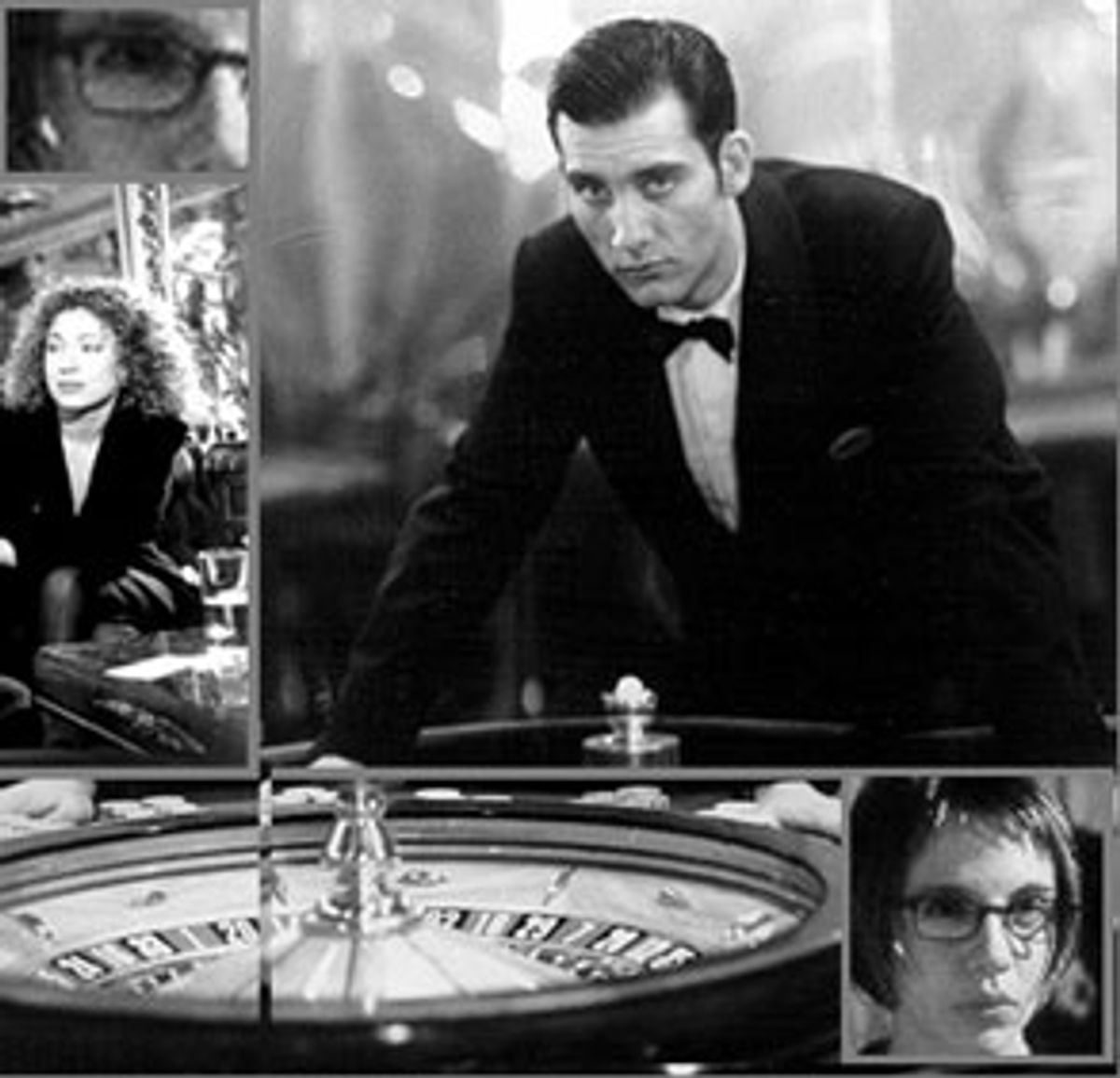 In "Croupier" -- easily the smartest movie around at the moment -- the title character, Jack Manfred (Clive Owen), has three women. All are odd, all very fuckable. He lives with Marion (Gina McKee); Bella (Kate Hardie) is another dealer at the casino; and Jani (Alex Kingston) is a customer.

Bella is the least likely to be the "looker" -- if you look quickly. She's a bag of pale scrawn, with breasts like service flaps stuck on her chest. (We see this as she changes her clothes in front of Jack.) She wears heavy spectacles and her hair is just a drab cloche dropped on her head. But she's got a terrific overbite upper lip, the curve of which rhymes with the tip of her nose. It's the sort of thing most American women would have surgery to remove. Bella sticks it out. And her rather flat, insolent manner seems to say, "Look at it, doesn't it take your breath away?" What would it feel like to be kissed by it, do you think? Are you thinking? her gaze asks. In America, with all its cosmetic devoutness, a little bit of physical imperfection is like heaven.

Well, Jack's a winner at the casino. He's done it before; he loves to watch others lose, and he enjoys the strict rules -- no gambling yourself, no palsies with customers, no dickering with other dealers. Of course, he breaks all the rules. And he's writing a novel about the whole thing, to be called "I Croupier." Plus he has that long, fresh look of a hot poker just plunged in ice water.

One night at the club he calls a customer for cheating, and the guy vows vengeance. Then another night this guy is waiting outside and there's a nasty fight. But Bella rescues him, and takes him back to her place. She sees his blood and the bruising -- and it's like, "click!": the thought of the pain, the colors of violence.

We know Bella had been on the game once -- and she only did S&M. And she and Jack are on the kitchen floor, like two puppies, doing anything to get inside each other fast, so they can sleep. Wriggling, squirming, getting their stupid legs out of the way and his foot-and-a-half in.