The Gap turns toward American fashion for fuller figures. 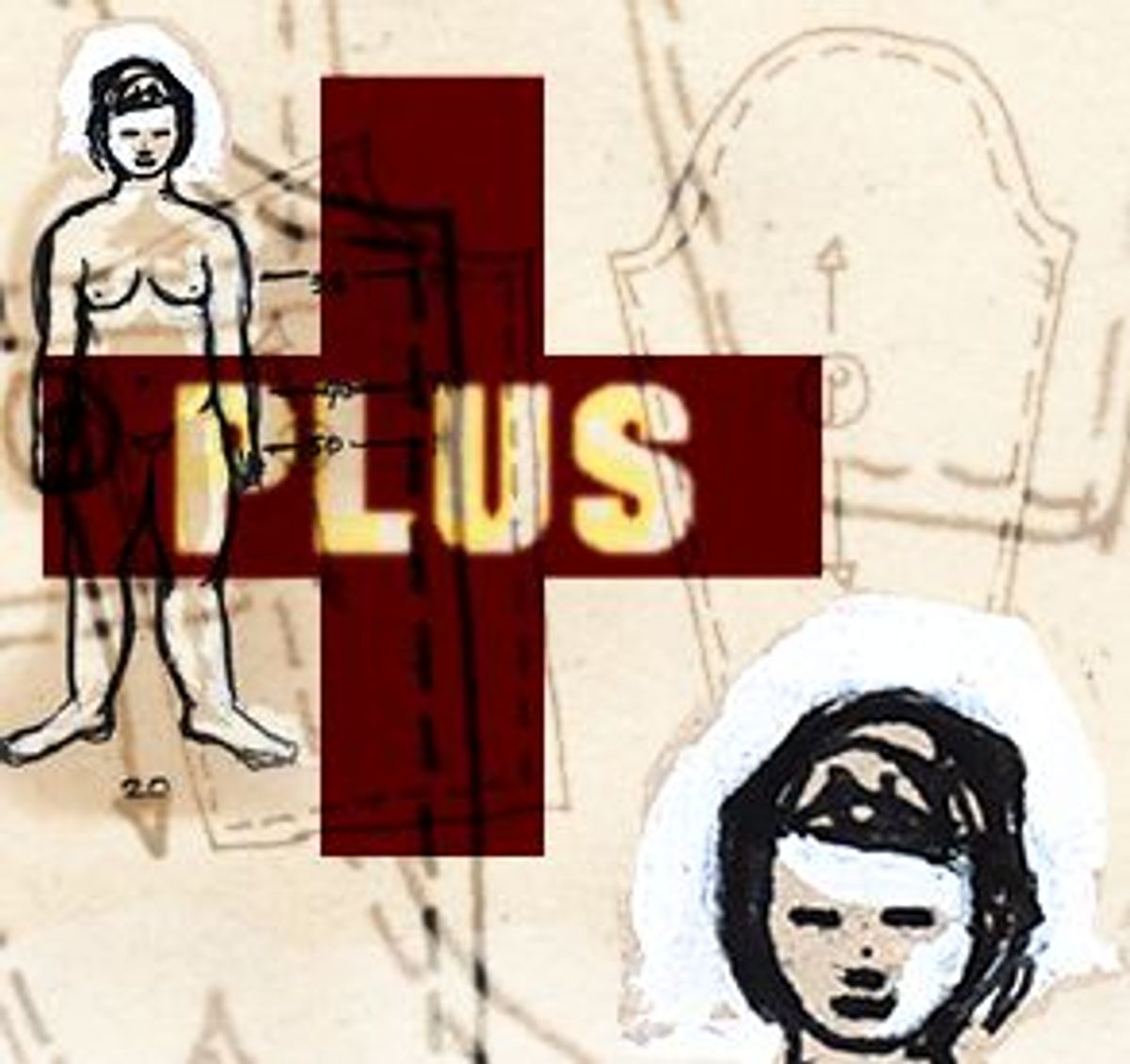 The Gap is living large.

This fall the ubiquitous retailer will give new meaning to the phrase "expanding markets."

Soon, when you fall into the Gap (and Gap Inc.'s sister chains, Banana Republic and Old Navy), you'll find standard items such as boot-cut jeans and embroidered halter tops in newly enlarged sizes. Where once the company topped out at a lofty size 18, the Gap will now push the envelope to a zaftig size 20.

Though the move is sure to please large folks frustrated by years of snubbing from the fashion industry, don't mistake this as a political gesture. With recent sales flat-lining -- during the first fiscal quarter, same-store sales at Gap sank 5 percent; Old Navy and Banana Republic same-stores sales fell 2 percent (a dismal performance for a company known for its double-digit growth) -- the Gap's move is clearly an economic ploy to widen its customer base.

"It's a smart reaction to the reality of the consumer landscape," says David Wolfe of the Doneger Group in New York. "The Gap has almost reached a saturation point in its growth possibilities. If they're going to continue to expand, they literally have to expand."

Fat used to be a feminist issue, then a medical matter. Now it's a business opportunity. With more than half of American adults overweight and nearly a third obese (up from a quarter in 1980), corporations -- including notoriously pretentious fashion names -- see fat people as the next bastion of economic opportunity. After all, why should a fat woman wear a dress that looks like a potato sack when she can afford a Calvin Klein sheath?

Some 65 million American women -- 40 percent of the female population -- wear a size 12 or bigger, says Dan Hess, CEO of onlyreal.com, a site that caters to plus-size women. Yet only 26 percent of all women's clothing sales are in the plus-size category. Why the discrepancy? Hess says too few retailers want to get into the plus-size business, often for image reasons.

But for the publicly traded Gap, a chain that markets itself as America's clothing brand, a few fat jokes is a small price to pay for a shot at tapping into another apparel market -- which Hess estimates at $23 billion.

The Gap's just the latest company to come to that conclusion. Since 1985, the number of manufacturers making plus-size fashions has multiplied tenfold, from 100 to more than 1,000. According to Women's Wear Daily, the competition is heaviest for plus-size teens. During the past two years, dozens of junior sportswear lines catering to chunky kids have emerged.

Easily identified by their politically correct, inspirational monikers, companies like One Step Up Plus, Self Esteem and L.A. Movers have set up shop all over the Internet and in department stores. Retailers also have decided that it's not only acceptable but good business to showcase their bigger wear. Pudgy teens, for instance, previously were forced to browse through paltry racks of frumpy polyester in the "chubbette" (girls) and "husky" (boys) departments at Sears. Now, they scoop up hip styles in the semantically baffling in-store boutique for big juniors: "Mainframe for You."

Despite their less-than-altruistic motivations, corporations should be credited for helping bring acceptance of obesity into today's marketplace. But there has also been an outpouring of ink and outrage dedicated to promoting body-image tolerance. From books like "Big Fat Lies" and "Thin Is Just a Four-Letter Word," to magazines like Mode and Radiance, to plus-size celebrities like E!'s "Fashion Emergency" hostess Emme, the number of positive fat influences has swelled along with the general population.

And the message is getting through. Bobby, a portly adolescent on Fox's "King of the Hill," finds self-respect -- not to mention hefty compensation and exciting travel opportunities -- as a plus-size fashion model. And on the legislative front, the National Association to Advance Fat Acceptance recently celebrated a victory in San Francisco, with the passage of an ordinance banning housing and employment discrimination against fat and short people.

Clearly, segregating and humiliating the overweight no longer make commercial sense -- a fact the Gap clearly understands. By quietly adding a 20 to its women's size range, the Gap has made a powerful statement that it's perfectly acceptable -- and fashionable -- to wear a large size. At least if sales are as strong as expected, fat isn't fat at all. In the argot of the day, it's simply phat.

Emily Eakin is a freelance writer based in New York