If Apple can make an almost silent iMac, why can't other computer makers turn off the white noise? 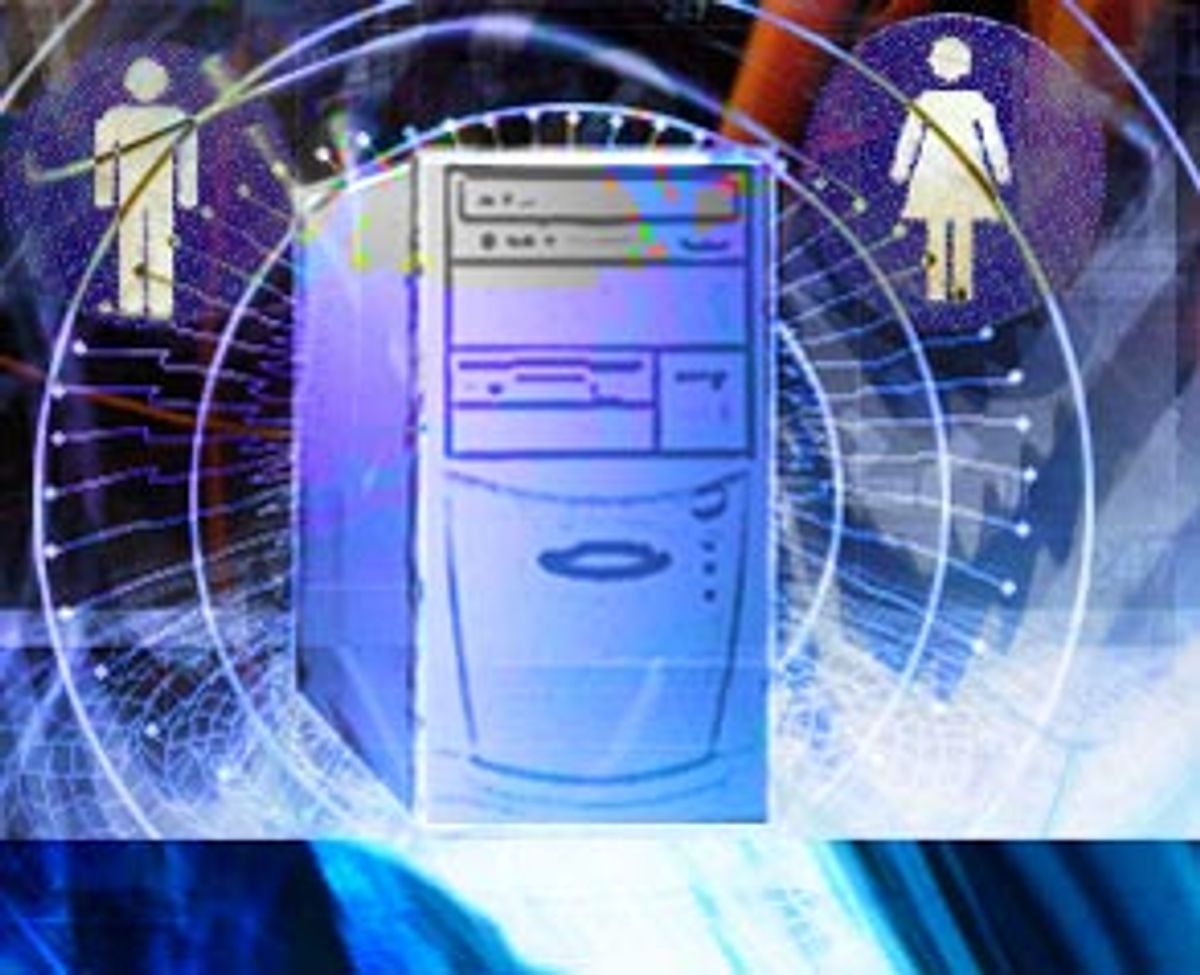 The digital revolution has been anything but quiet. Forget all the buzz about how online retailing, B2B, MP3, Napster and Gnutella will change the world. The everyday, tangible effect of the digital revolution is that annoying white noise generated by personal computers.

It's odd. Computer engineers have spent 20 years fanatically improving every aspect of the PC: figuring out how to make machines faster, smarter, better looking, better sounding and easier to use. They've done just about everything except make the damn things quiet.

"Sometimes all the noise makes me feel like I'm working pit-side at the Indy 500," says Frank Kurzawa, a computer programmer in Austin, Texas, who operates as many as five computers at a time in his home office. "Since I do it for a living, I take it for granted as one of the penalties of [programming]. It's the price you have to pay for working with computers."

The true noise culprits are, of course, the cooling fans, but without them your computer would probably melt. One fan blows outside air onto the processor; the other pulls hot air out of the PC's power supply to keep the transformer and capacitors from getting too hot. And exacerbating the loudness issue is the intermittent, high-pitched whine of the hard drive.

There are loads of after-market gizmos you can install to hush up your PC, such as quieter fans or disk drive silencers.

But of all the computers now on the market, the only full-size desktop computer that comes almost silent off the shelf is Apple's iMac. It's a slick machine that's remarkably quiet, since it doesn't use an obnoxious-sounding cooling fan -- or any fan at all. But compared with IBM compatibles, I found its price tag too high and the available software too limiting. I couldn't afford to buy a new suite of software for the Mac OS. Nor did I want to have to learn a new set of software commands.

OK, that's a bit of an exaggeration. But the constant whine drives me crazy. And I'm not alone; an informal survey of my peers convinced me that plenty of people are bothered by the hum of their PCs.

Les Blomberg, executive director of the Noise Pollution Clearinghouse, says he frequently fields calls from people who want to know how to quiet their PCs. "They say, 'I've got this computer and it's driving me crazy,'" he says with a chuckle. Blomberg has wrestled with the problem himself. The noise-averse activist took his computer apart and installed rubber gaskets on the brackets that hold the hard drive in place. Unfortunately, Blomberg says, the gaskets didn't help. His solution: Stash the computer underneath the desk, as far away from his ears as he can get it.

While the white noise of the PC seems unlikely to damage your hearing, Blomberg notes that a 1998 report published in the British Journal of Psychology found that excessive noise can diminish the performance levels of office workers by as much as 60 percent.

About the time as that study came out, Microsoft started making noises about noise; two years ago it tried to convince its PC-maker partners that "it is critical to achieve quieter operation in PCs." But so far none of the Wintel manufacturers appear to have seriously addressed the problem. In fact, by building faster machines, they may have made it worse.

"The higher the megahertz, the more heat you have to handle and get rid of," explains Ken Williams, commercial PC marketing manager at Compaq Computer Corp. To dissipate the increasing heat generated by more powerful processors, PC designers have had to create special air intake ducts with fans that blow air onto the processor.

Even Apple, which managed to significantly reduce the iMac's noise output, didn't set out to do so intentionally: When engineers working on the second-generation iMac wanted to improve the sound quality, they figured chucking the fan would be a good start. "One of the best ways to make audio sound great is to lower the ambient noise," says Mike Shebanek, iMac product manager. "The more we could reduce the noise in the box, the better the sound would be."

But removing the fan from the iMac proved to be far more difficult than the engineers expected. In fact, the company's designers had to reconfigure the entire computer from the chassis up. "We put an aluminum divider panel between the analog and digital systems on the machine. It absorbs a lot of the heat from the system and then radiates that heat out in the air vents in the top of the enclosure," explains Shebanek.

So if Apple was able to take out the cooling fans a year ago, why is it taking so long for other computer makers to catch up? Well, in addition to the problem of dissipating heat, there is a fundamental manufacturing problem: Unlike Apple, which builds many of its own components, PC makers buy almost all of their components from vendors. Eliminating the cooling fan and power supply fans would require computer makers and their suppliers to reengineer their machines and the components, just as Apple did with the iMac.

While no one at Dell Computer Corp. would return my repeated calls to talk about noise reduction, Compaq has begun, albeit slowly, to address the issue. The company recently began asking its vendors for quieter components after European customers began demanding quieter machines. Compaq has focused most of its energy on the hard drive. Over the next six months, Williams predicts, all of the company's commercial desktop computers will be manufactured with newly designed hard drives that use a ceramic bearing instead of steel ball bearings. The ceramic bearings, says Williams, are much quieter than their steel counterparts.

The new drives will be operable in "performance" or "quiet" mode, and keeping them hushed will require a trade-off; in the quiet mode, the hard drives will operate up to 30 percent slower. Compaq's action has forced its suppliers to reengineer their hard drives, which could mean other PC makers will begin using the quieter drives as well. "If not for Compaq pushing for these innovations, it probably wouldn't be happening," boasts Williams.

Such efforts to improve computer acoustics are gaining supporters in Europe. Last year, the Swedish Confederation of Professional Employees created a set of standards known as TCO99, which are now considered the most stringent international standards for computer safety, environmental awareness and energy consumption. In its handbook, the confederation says the noise from fans, hard disks and other components can "be annoying. To prevent such annoyance, the aim is to have as little unintentional sound generation as possible." Toward that end, the confederation specifies that PCs should emit no more than 50 decibels, a fairly demanding standard given that the average conversation occurs at about 60 decibels.

Tomas Risberg, a Stockholm physician who operates the Silent PC Web site, says that most people think they have to accept computer noise. "If consumers start to ask for more silent computers, the industry will easily make them," he said via e-mail. "It is a bit hard to cool the latest AMD processors and this results in noisy fans, but I don't know if people really would choose such a fast, expensive processor if they knew how loud those computers are."

Compaq's Williams agrees that quieter computers are desirable, but he says it's not clear if people would actually pay more for them or be willing to exchange speed for quiet. "Everyone would like to have a quieter PC if they could," said Williams. The problem is "trying to figure out how many buyers there might be."

If I'd had the option to plunk down a bit more money for a quieter Windows machine, I would have done it. But rather than switch operating systems to get a fan-free iMac or go through the hassle and cost of retrofitting my new HP with special fans and silencers, I bought $80 worth of extension cables, ran them behind the wall and stashed the noisy PC in my closet. Call it a low-tech solution to high-tech noise.