Race and silence in Central Park

The media's refusal to acknowledge the incident's ethnic dimension keeps hidden the kind of behavior many black and Latin women must confront all the time. 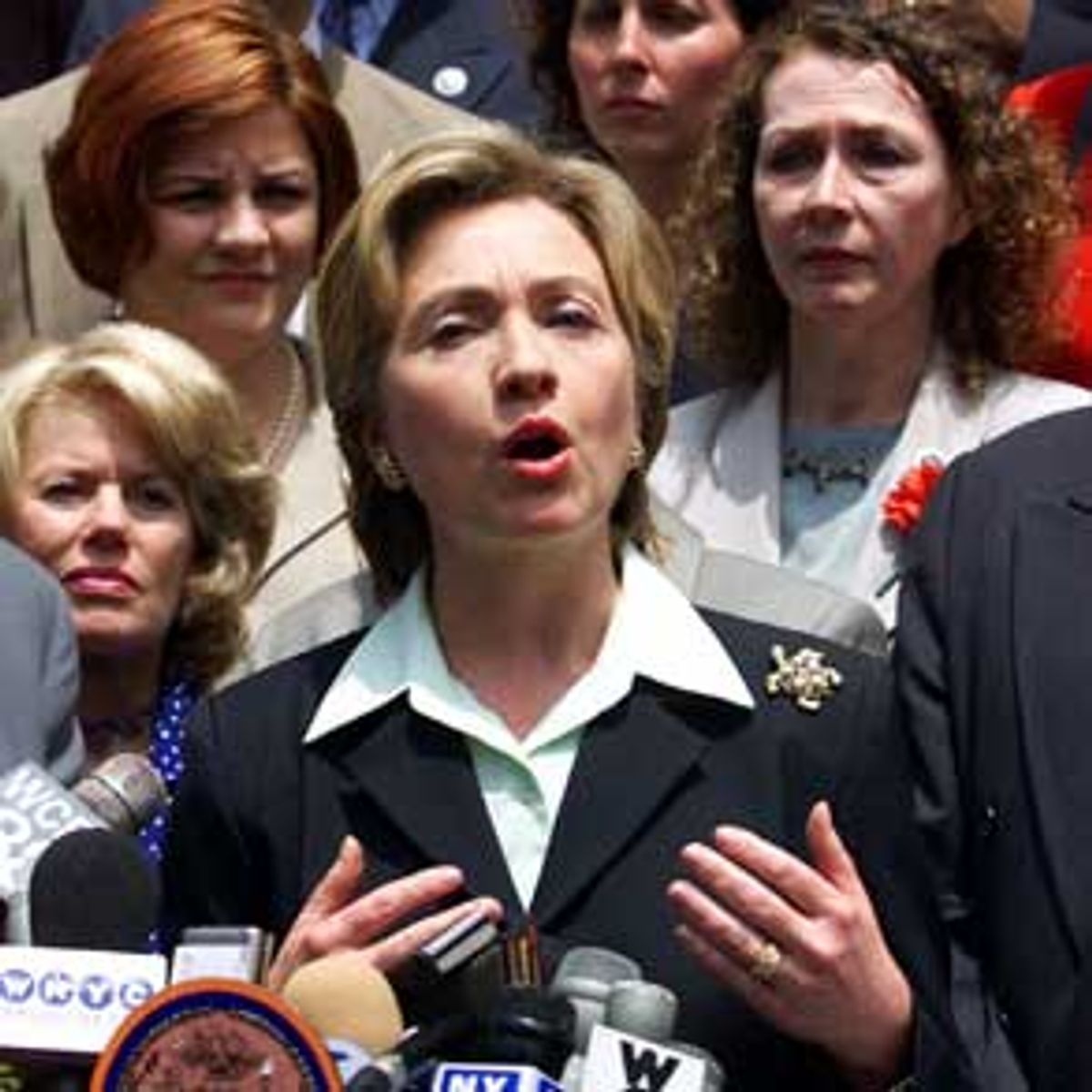 It became savagely comical as more and more photographs and videos of the alleged perpetrators were published in the papers and on TV. Even as newsfolk waxed concerned about our society's shocking tolerance of violence against women, egged on by gleeful spokespersons from organizations like NOW, everyone pretended not to notice that nearly all the guys who soaked, stripped and molested up to 50 women in the park were Puerto Rican and black.

In its patronizing, racist way, the media pretended it had just seen the manifestation of some kind of generalized social problem -- a conclusion unfair both to the wider society and Puerto Ricans and black communities. Much of the behavior caught on video may be shocking stuff for New York Times writers and most of its readers, but it's par for the course in many Manhattan neighborhoods north of Central Park.

It's ironic that the Times, which has accused Mayor Rudy Giuliani and the NYPD of trying to impose the "values of Mayberry" on a culturally diverse city, should see it as shocking that subcultures exist in New York with very different notions both of gender equality and the kind of behavior that is appropriate in public places. (Especially ironic is the Times' wannabe enthusiasm for gangsta rap as an authentic but harmless expression of ghetto culture.) But then this incident, which gave Central Park South a taste of life as it is lived by black and Hispanic women in many of the city's poorer neighborhoods, is exactly the kind that illustrates the conflicts between feminism and multiculturalism.

Our dishonest refusal to deal with cultural difference -- a phrase nowadays inflected with scrupulous neutrality as if some cultures were not, in some respects, much less vile than others -- makes it much harder to figure out exactly what happened on that humid Saturday evening and why.

If you watch some of the amateur videos of the wilding all the way through, you see that more was going on than simply another manifestation of the beastliness of men. Several of the videos show that, before things got really nasty, scantily dressed women went through the gantlet of water-sprayers and grabbers again and again.

But then you see other women running through the same gantlet who clearly don't want to play the game, or who realize to their horror that the game has changed -- no longer playful; it's rougher, angrier, more sexual and assaultive. And finally, there were the truly terrifying attacks on French and English tourists: brutal attacks that were rapes in all but the technical, legal sense of the word.

There are questions to be asked here. Did things get ugly when the crowd first turned its attentions on people who weren't down with the kind of aggressive flirtation that is the norm in parts of Harlem, but beyond the pale outside Zabar's? Was particularly violent attention paid to middle-class women or white women (or skimpily dressed women)?

Then there's the whole issue of police inaction. All sorts of troubling questions remain not just unanswered, but unasked, because they touch on issues of ethnicity and class.

We know for certain -- because so many street cops have said so to journalists in defiance of Safir and the brass -- that the NYPD had implicit instructions not to be "provocative." In other words, they knew to tolerate a certain level of criminality: littering, public drunkenness, public marijuana smoking.

This may well be a standard instruction at all of New York's ethnic parades, although security was tightened up at the St. Patrick's Day parade after a young man was beaten to death in a drunken brawl on 59th Street in 1997.

But it seems that a normal, prudent tolerance of minor infractions morphed into something much more disturbing: a refusal to enforce the law and protect the public safety. What we don't know is whether the refusal was the product of cynicism, cowardice or a police culture gone awry.

What were the cops thinking? Was it class resentment: "Why should we risk our hides to protect some yuppie Rollerblader who pays $3,000 a month for a one-bedroom apartment?" Was it a conviction that the wilders weren't really doing anything wrong? "After all," they might have thought, "boys will be boys, and these girls in their skimpy halter tops were asking for it." Perhaps that was combined with a sense of "this is how these people behave."

It wasn't all that long ago, after all, that pre-Giuliani cops were under explicit orders to enforce the law differently with different communities: Officers were told loud boombox playing in the streets or on the subway was a legitimate expression of certain cultures, even if it was technically against the law.

Some of the officers may have been thinking along the lines of Daryl Gates' LAPD when it withdrew from the streets at the beginning of the Rodney King riots: Let's show white Manhattanites exactly what the Thin Blue Line is shielding them from. Let's show them what they have to be afraid of if we're not allowed to do things the way we want to. In other words, perhaps the city was being punished for the "anti-cop hysteria" that followed in the wake of the Amadou Diallo, Abner Louima and Patrick Dorismond attacks. (Translation: If you yell at us for shooting unarmed black "suspects," we won't do our jobs.)

Some conservatives (and cops) argue that the (mostly white) cops would have had to wade through a huge crowd (of Puerto Ricans) to stop the violence. It would have been very dangerous and probably have provoked a riot, they argue. In other words, the well-being of up to 50 women had to be sacrificed in order to prevent greater violence with a more explicit racial subtext.

It's an argument that forgets that the maintenance of public order -- ensuring that it is safe for a woman to walk safely down the street -- should be the primary role of the state in a civilized society.

It's irrelevant that such a task is dangerous: Everyone who becomes a cop knows that it can be a hazardous job. Nor should the cops have desisted from their duty just in case rescuing those women provoked the Great Central Park Riot of 2000. If it takes strong force to maintain the rule of law, or gunfire to protect even one woman being sexually assaulted in a public park, then it should be used.

If New York is too fearful of race riots to maintain order during ethnic parades, then either such parades should be banned or the ethnic composition of the NYPD should be radically changed to reflect the makeup of the community.

Jonathan Foreman is a staff writer for the New York Post.