At camp that year, all I wanted was to be loved. Instead, I learned the meaning of humiliation. 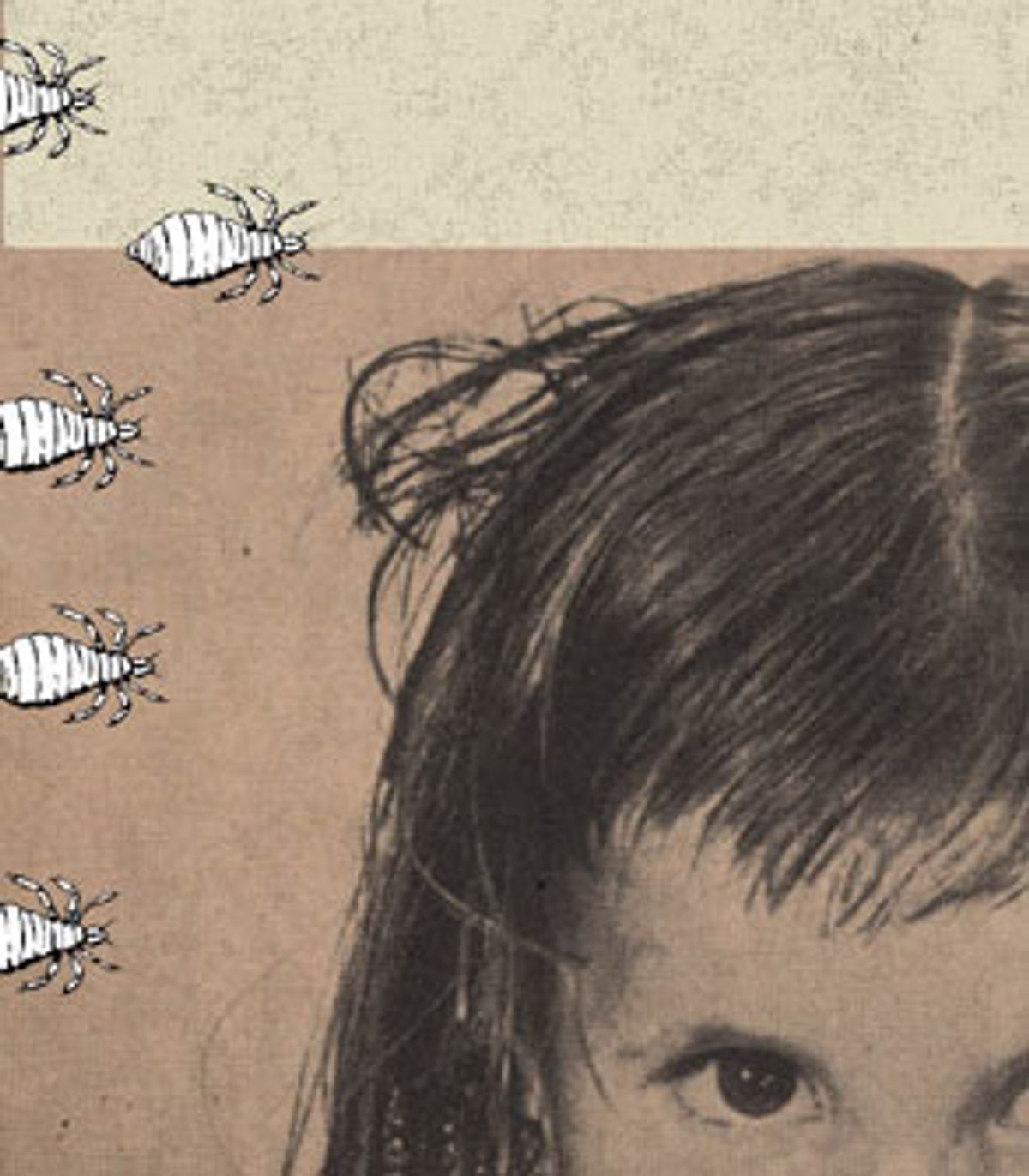 There was a jumper on Walt Whitman Bridge that morning, which backed up traffic for hours and made me late for the first day of sleep-away camp. I spent the time forcing my younger brother to help me practice getting-to-know-you dialogues, analyzing, among other things, how to go about claiming top bunks in a way that wouldn't make us seem pushy. I wanted to leave nothing to chance. That summer, I wanted to be loved.

A struggling New Jersey farmer had founded the camp in 1960 after a revelation: He could make more money on his 200 acres housing the children of urban professionals than he could planting sweet corn. The camp's brochure quotes a camper, who describes the camp as "a place where I can grow and learn freely, a place where expression and self-concept are recognized, where you are encouraged to be yourself." I didn't know what my self-concept was, but being myself sounded like a good thing. And despite their pronoun confusion, the words in the brochure were seductive. The chicken coops converted into bunks sounded endearingly rustic; an irrigation ditch named "Lake Inferior" suggested wit. The camp promised fresh air, a view of the stars unobscured by tall buildings and pollution, a nurturing, caring staff -- and a chance for my parents to vacation in Europe.

We had meant to arrive early, but because of the traffic we arrived at midday, just after three buses carrying campers from Manhattan had arrived. We waited in long lines to register, to give our health insurance information, to hand over prescription drugs to the nurse for safekeeping, to sign up for the classes that would "teach campers to express themselves." Just when my respite seemed in sight, when it seemed I would finally claim my bunk bed and unpack my matching Gap Kids outfits, we were steered toward a new, longer line for the lice check.

My brother, who had gotten a buzz cut the day before, passed quickly and was led to his appropriate chicken coop. I felt no fear, only frustration that I had to take my hair out of its carefully crafted bun, made with pins borrowed from another girl and never returned after a ballet recital. I bowed my head and pretended I was being anointed. When the nurse said, "Little girl, I think we better go into the other room," my surprise was genuine. The camp director was called and spoke to us warmly, with all of the contractually promised care and nurturing, but nevertheless he stood firm: I could not enter camp until I was sufficiently deloused. My brother was found and given strict instructions to tell anyone who asked that I had suddenly come down with stomach flu. And I was led back into the car.

"This is so gross. I wish I had tuberculosis instead. Then they would at least take pity on me."

My father answered, abruptly, "You have a right to be upset, but that isn't true." (I would be much older before I found out that his own father had spent years in a sanitarium.) My mother was silent. My humiliation was ordinary -- I had bugs on my head. But it went deeper for my mother: Why hadn't she noticed my head scratching? Why hadn't she thought to check? Was it because she wasn't home enough? Her sense of disgrace and failure was contagious. And I began to wail.

I wailed through the cornfields of New Jersey. I wailed over the Walt Whitman Bridge (though I took a brief pause to look for a floating body). I wailed through the city streets and in the garage, up the stairs to my bedroom, to the dolls I had said goodbye to that morning. My mother canceled all of her appointments for the next day, giving her secretary a graphic description of how horrible my flu was. My father went to different drugstores, amassing a war chest of products with frightening names and packaging that promised results.

Lice-killing shampoos are, by nature, pesticides. Some contain lindane, a pure gamma isomer of hexachlorocyclohexane manufactured by passing chlorine gas, a nerve poison, through benzene, a carcinogen. The backs of the bottles warned of side effects: headache, nausea, vomiting, diarrhea, tremors, weakness, convulsions, dyspnea, cyanosis circulatory collapse. What's more, lindane had been shown to cause seizures in rats. We didn't care.

We bought special combs. To prevent reinfestation, we would have to nitpick. Nit-picking isn't being a little too detail oriented in one's criticism, a way of qualifying grievances by saying, "This might be nit-picking but ..." Nit-picking is hours spent under a bright light, the neck eternally stiff, four hands pulling and yanking, the self objectified as two adult voices talk above: "Can't we just shave it all and say she's undergoing chemotherapy? That's what they did to girls when I was in Latin America." In concentration camps too, I knew she was thinking. "Or we can say it's a statement against women's oppression. You'd like that -- right, honey?" "Oh, my God, Steve, I see one moving. Sweetie, would you move a little further down? Good girl."

We worked for the rest of the day and into the night, until my mother's eyes were no longer able to focus on the tiny white balls that could hatch into the lice that would lay more eggs. The next morning, she called in my babysitter to help.

"Shoot, you people act as though a child never had lice before. Deborah, stop sniffling. Even the Queen of England had lice." She told me that I was due for a very stylish pixie haircut. Barbershops in Philadelphia, as a rule, are not open on Mondays, so my babysitter drove my mother and me to a West African hair-braiding salon in her neighborhood. She stared down the receptionist so she wouldn't ask questions. She held my hand, thinking I'd be upset about losing my hair.

A few days before, I would have been. It was thick and long, gold-brown with red highlights that became brighter in summer. In a family where everyone had dark, Semitic features, my hair spoke of some strange genetic accident. My grandmother would finger it, saying "My little shiksa." It was her highest compliment for physical traits. There's a story there, of course, full of internalized oppression, deep-rooted pain and insecurity. But this is not that story. I had liked my hair, but was able to recognize its betrayal. Despite the ecofriendly, environmentally aware public school curriculum of the early 1990s, I had no hesitation about destroying this habitat. The stylist gave me much praise: Thanks to intense shampooing with products from the same family as DDT, my hair was cleaner than any child's she had ever seen.

My stuffed animals and headbands confiscated, we drove back to camp. The nurse checked my hair for more than five minutes, then had another woman double-check. My mother didn't speak. She was thinking of what alternative child-care arrangements could be made quickly, of how much it would cost to bribe the nurses to let me in.

When the nurse said I was clean, there were no tearful goodbyes or extended hugging, as there certainly would have been had I been admitted two days before, when we could have so easily adhered to a script. Exhausted, my parents left quickly, and I went to my bunk. I tried to recapture the excitement I had felt on the first drive up. I couldn't. When I met my bunkmate I became frightened. She had been only a few campers behind me in line. I just knew she would realize why I looked familiar, tell everyone and have me shunned. That day, I became apprehensive, shy and reclusive. I spent the summer writing 121 letters -- we know the exact number because I spent $35.09 on stamps at the canteen.

The lice didn't come back. Eventually, my mother was able to joke about it: "How was my summer? It was lousy!" "Think there'll be a lice check when you go to college? That'll be the real test!" She promised that I would also be able to laugh about this someday, but the damage had been done. The knowledge that something as small as a nit could ruin everything stayed with me, pricking me whenever I felt confident. Often I find myself scratching even when I don't feel an itch.

Deborah K. Friedell is a student at Yale University.