On the trail of a French martyr beheaded by her father for embracing Christianity. 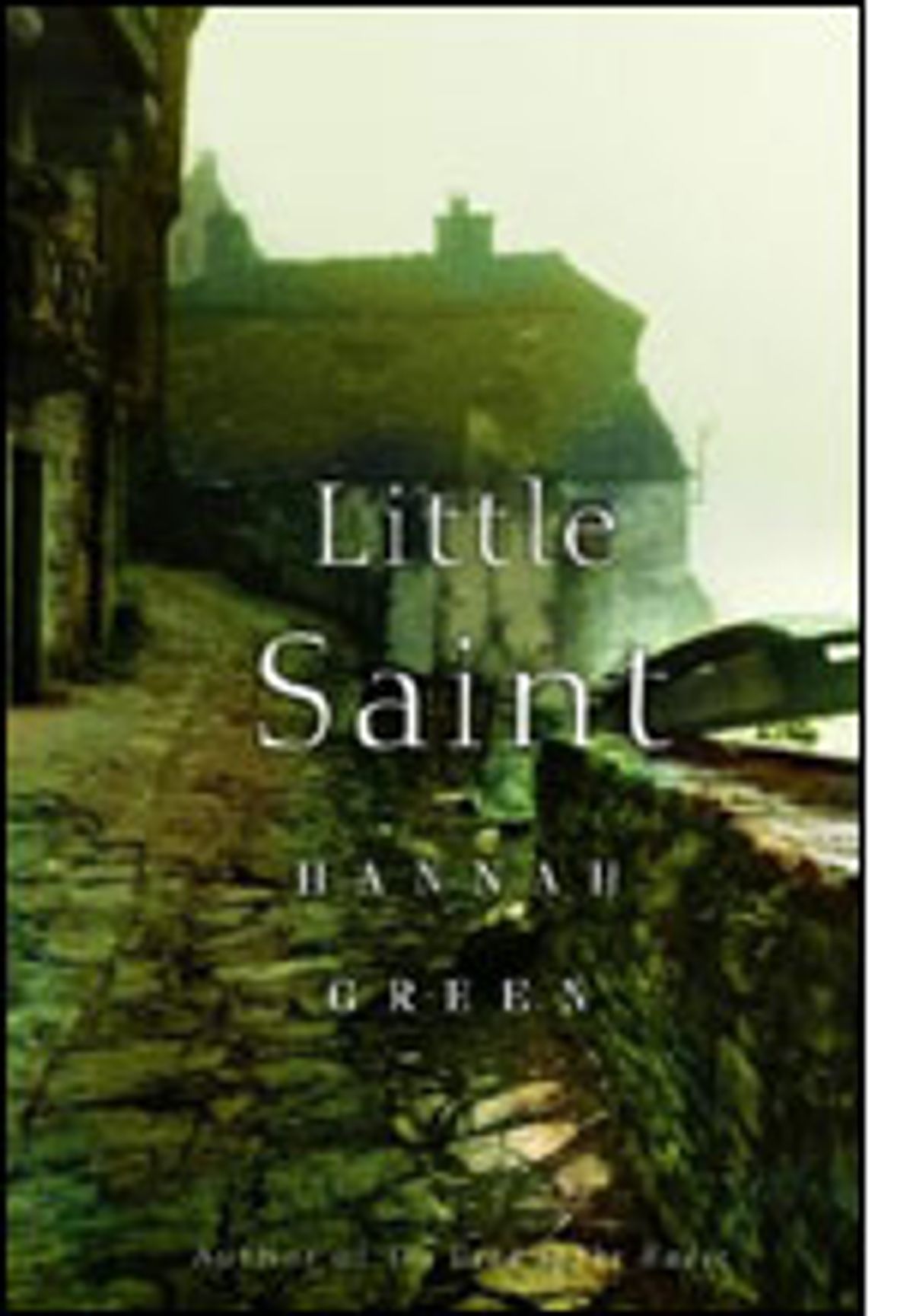 Hannah Green, who died in 1996, published in her lifetime a single, acclaimed novel, "The Dead of the House" (1972; reissued 1996) -- a celebration, in language at once exalted and rueful, of an Ohio Protestant childhood in the middle of the century and of the power of family to connect us to history. Two other novels drawing on her family memories were put aside, unfinished, after Green, visiting the village of Conques in southern France in the 1970s with her husband, encountered the legend of St. Foy, a fourth century Christian child-martyr.

St. Foy "came as a gift" writes Green, who returned to Conques for months at a time over the next couple of decades, believing that "in some way without my knowing or preparing, I had been coming toward her my life long." The result of Green's lifelong journey is "Little Saint" -- a book almost impossible to describe, and not easy to absorb: a love letter to the saint and to the villagers of Conques who still keep her faith.

St. Foy was only 13 years old when her father denounced her to the Roman proconsul Dacien because she refused to forswear her then-forbidden Christian faith and make a sacrifice to the goddess Diana. She was tortured, beheaded and buried at Agen; five centuries later, her remains were brought -- an almost certain theft, which church historians, early practitioners of spin, refer to as the "furtive translation" -- to the Benedictine abbey at Conques. There, she came to rest in a bejeweled golden statue, a likeness 3 feet high, and was worshipped both for the miracles of healing and intercession she performed and for the beautiful craftsmanship of her reliquary.

Even this incomplete summary of St. Foy's legend is not easily gleaned from "Little Saint," which is composed of lyrical re-creations of St. Foy's martyrdom, long quotations and translations from historical sources and stories about the saint told by the local people: by Phre Andri, the scholarly Benedictine monk whose job it is to guard and display St. Foy and other precious relics; by nonagenarian Madame Benoit, whose memory "goes back further than her ninety-one years, straight back through her mother and her grandmother and her great grandmother"; and by local artist Jean Sigalat, survivor of a tragic love affair, who, understanding Green's plan to "bring present-day Conques ... to life," eagerly shares "details, glimpses, illuminations, apergus, confidences," as well as the number of times (between 634 and 744) that the bells of Conques will ring every single day.

These villagers not only contribute to Green's reconstruction of St. Foy but become characters in their own right, their stories twining around hers as we meet them in the narrative's present (a single June day in 1979). These intertwined stories often enrich each other, illustrating one of Green's primary themes: the continuing presence of the past, the communion between the living and the dead. St. Foy's betrayal by her father and her own refusal to betray her faith, for example, reverberate in the villagers' long memories of resistance and complicity during the German occupation. Sometimes, however, Green's layered narrative is merely confusing, and among the clamor of personalities, we come to know none well.

Certainly, we receive little insight into Green's own history or motivations as she embraces, without apparent hesitation, the cult of St. Foy. At one point, the granddaughter of one of the villagers asks Green whether she believes in St. Foy's miracles -- a reasonable question, since Green recounts without comment many miracles (healing the sick, releasing the imprisoned, etc.) that are difficult for the average 20th century reader to credit. But Green, rather than taking this opportunity to address the challenges of faith, simply omits her answer to the question.

Occasionally, Green's unanalyzed presumption that the reader understands and shares her reverence for the tradition she describes can become an affront -- as when she confides that "the face of Mary, the faces of the angels, once you have seen them, make you gasp." As it happens, being neither Catholic nor, indeed, a believer, I'm pretty certain of my ability to look on any number of Marys and angels without gasping. And Green's occasionally overwrought apostrophes to the saint -- "Golden spark, little saint, come down through time, you who through the ages stayed steadfast and survived ... hear my prayers, O my saint" -- do little to move me toward an understanding of her modern-day pilgrimage.

Nevertheless, even a skeptical reader can be drawn into the spiral of time, memory and survival that Green creates. "I found that there were stories that sprang from Sainte Foy and were spun around her like the gold filigree, the beading and the gemstones around her crown," Green writes, and at moments, her remaking of these stories itself has the delicate strength of filigree and the radiance of a jewel.