George W. Bush should be president

Forget his image as a callous, empty-headed frat boy. People like him, and that means he'll attract and retain the best minds. 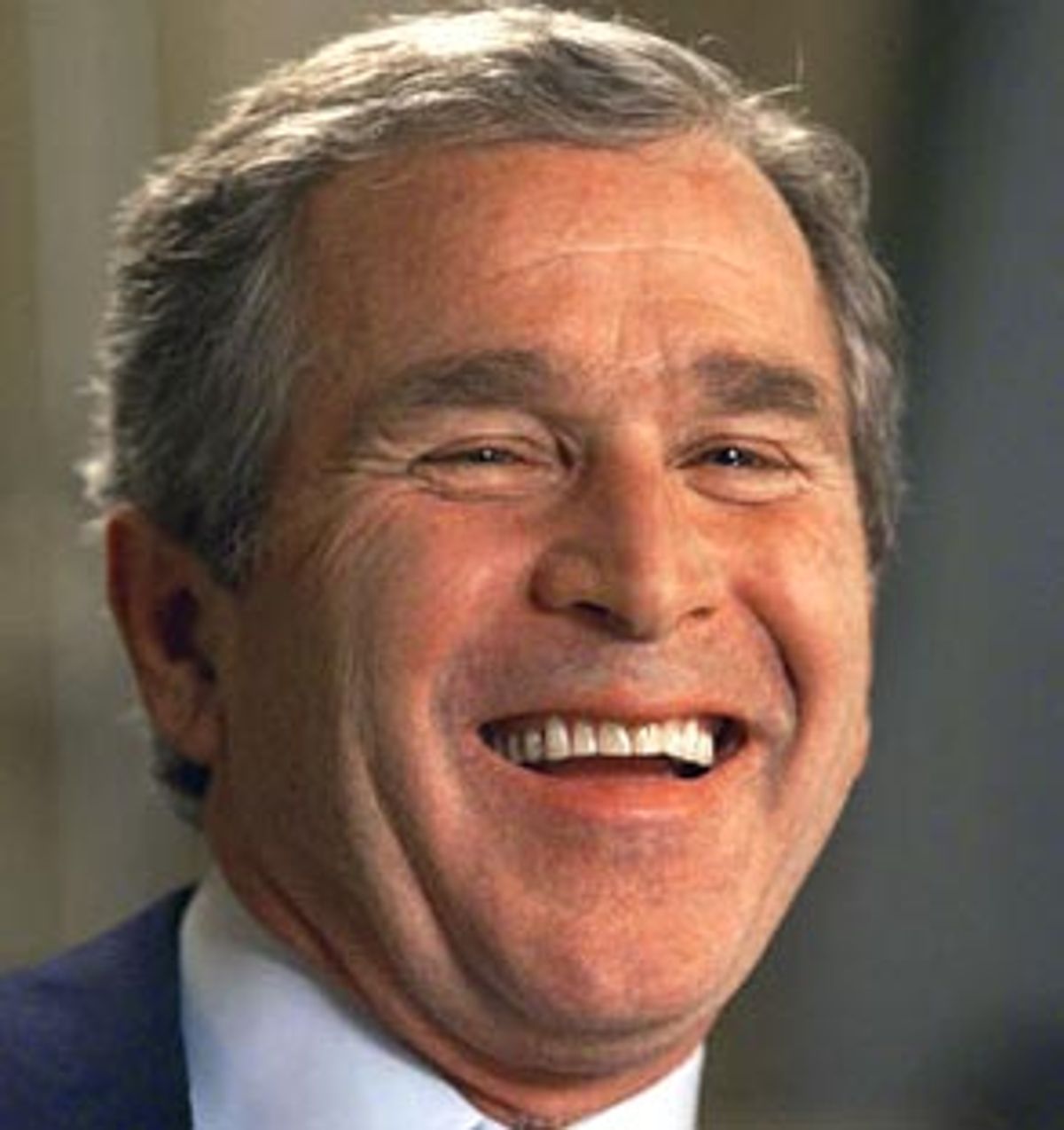 Boyden Gray told an interesting story this week. Gray is an old friend of the Bush family who served as general counsel for President Bush during his White House years. Gray was asked about the firing of John Sununu, the former New Hampshire governor Bush named chief of staff when he came into office in 1989. Within a few years, Sununu had alienated most of Washington, and it was clear he had to go, but old man Bush didn't want to lower the boom himself. (Generally, presidents keep their distance from such nasty tasks.) So he called in his son, George W. Bush, to give Sununu the bad news.

This fabled episode is frequently brought up these days to illustrate that George W. can be a hard-ass. He can undertake the tough assignments. George W. did indeed go in and meet with Sununu, but somehow during the meeting, Sununu didn't get the message that it was time for him to submit his resignation. I bet Bush never actually laid it out in unmistakable terms. So Boyden Gray, along with two other Bush administration officials, had to go see Sununu after the meeting with George W., and convey the message that Bush the younger had somehow failed to deliver. Finally, Gray himself told Sununu it was time to go.

This confirms something I've always suspected. George W. Bush is not a ruthless hard-ass. He's not even an arrogant frat boy, capable of cruelty. He is, deep down, a very nice guy who likes people.

I first had this inkling while I was talking to a man George W. Bush actually did fire, Bobby Valentine, who is now manager of the New York Mets. Valentine was saying that one day, while he was managing the Texas Rangers, he was called in to talk to Bush, then the team's managing owner. Valentine actually thought he was doing a good job and expected to be congratulated. Instead, they had an hourlong meeting and Bush told Valentine it was time to move on. But, as Valentine remembers it, he came out of that meeting loving Bush. Bush had apparently spent the hour telling Valentine what a brilliant man he was, and what a great future he had in baseball. Bush love-bombed him. So, though he fired Valentine, he did it in the nicest possible way. (Bush later told me he considers Valentine one of the smartest people he has met).

So I am planning to vote for George W. Bush because he is a nice guy. As a nice guy he will attract and retain the loyalty of outstanding administration officials, and together they will promote policies that are smarter and bolder than we ever would expect, just from looking at Bush himself. As a nice man, he will prove remarkably adept at working with Congress, with Democrats, with the media and with all the other different people you need to handle as president. He will set a tone of bonhomie that will grease the machinery of government; things will actually get done in Washington again.

Niceness isn't normally the sort of talent we think qualifies you to be president. We look for greater qualities, like genius or experience or past heroism. But look at what niceness has done for Bush already. When he was running against Ann Richards to be governor of Texas, he attracted a superb staff. Richards looked unbeatable, but Bush ran a brilliant campaign and did beat her. As governor, he bonded with Democratic Lt. Gov. Bob Bullock (the Texas Constitution gives the lieutenant governor more power than the governor), and he worked extremely well with the state Legislature. He met with almost every member of the Legislature in his first few weeks in office (something Richards never did) and established personal bonds of friendship. Talk to a Texas Democratic legislator about Bush; they are rhapsodic about what a great guy he is.

His administration worked quickly and effectively. Bush is no policy genius, but he does have an instinct for the bold move and then sticks with aides who draw up the plans. His administration suggested a bold tax reform package, which moved the state's revenue base from income to property taxes. It infuriated members of the business community, who were scarcely paying taxes under the income tax regime, and in the end he had to compromise away key elements of the plan (it was the state Republicans who opposed it). But in that episode he demonstrated a surprising penchant for innovation.

He was more successful with his education reform package, which was also unconventional, and which passed. The Rand Corporation recently ranked Texas as the state whose school system has made the most progress in the last few years.

Bush has run a superb presidential campaign, much better than Bob Dole, for all his experience, was able to run; much better than Bush the elder was able to run in either 1988 or 1992. Again, he has attracted an outstanding and loyal staff and he's shown the instinct for the bold idea. Most GOP candidates would not have endorsed a Social Security reform plan that involved letting people open private accounts. It's a politically risky venture. But Bush exceeds expectations.

Now you might think that being nice is no great shakes. Aren't all politicians nice? You naive fool. In fact, most politicians who are mad enough to run for president are not nice. They are freaks. They are solipsists. They are consumed by a desire for power or a desire to be loved all the time. They can only think of their Queen Bee selves. That's why so few presidents actually have close friends. Either they are aloof from anybody who could possibly address them as an equal (like Nixon) or they have personally useful contacts in place of friendship (like Clinton), and they discard those people when they are no longer useful.

Look at Al Gore. He is a deeply un-nice man. He was an unpopular senator because no one could penetrate his phoniness. Unlike Bush, he has not been able to attract and retain talented staff. Bush has created a smooth-running campaign team. Gore runs through people at an alarming rate, and many (though not all) of the Gore people are un-nice -- ask the reporters who have to cover the campaign.

On foreign policy matters, for example, Bush has attracted the policy wonk version of the 1927 Yankees. You look at the people who will fill key slots in his administration, from Colin Powell and Condoleezza Rice down through less-prominent advisors such as Bob Zoellick and Paul Wolfowitz. They are the best out there. Gore has not acquired a talented foreign policy team. He is aloof from most experts except one: a man named Leon Feurth, who is also secretive and distant.

Bush wasn't my first choice this year. I was one of those media McCain sycophants. But I've come to appreciate that while Bush appears callow, he continually exceeds expectations. And he does it not through force of intellect but through force of personality. We are lucky enough this year to have a man running for president who has not spent his life consumed by the idea that he must be president.

In other words we are lucky to have a relatively normal person running for president. Maybe Willy Loman was right: It's important to be liked and even more important to be well liked.