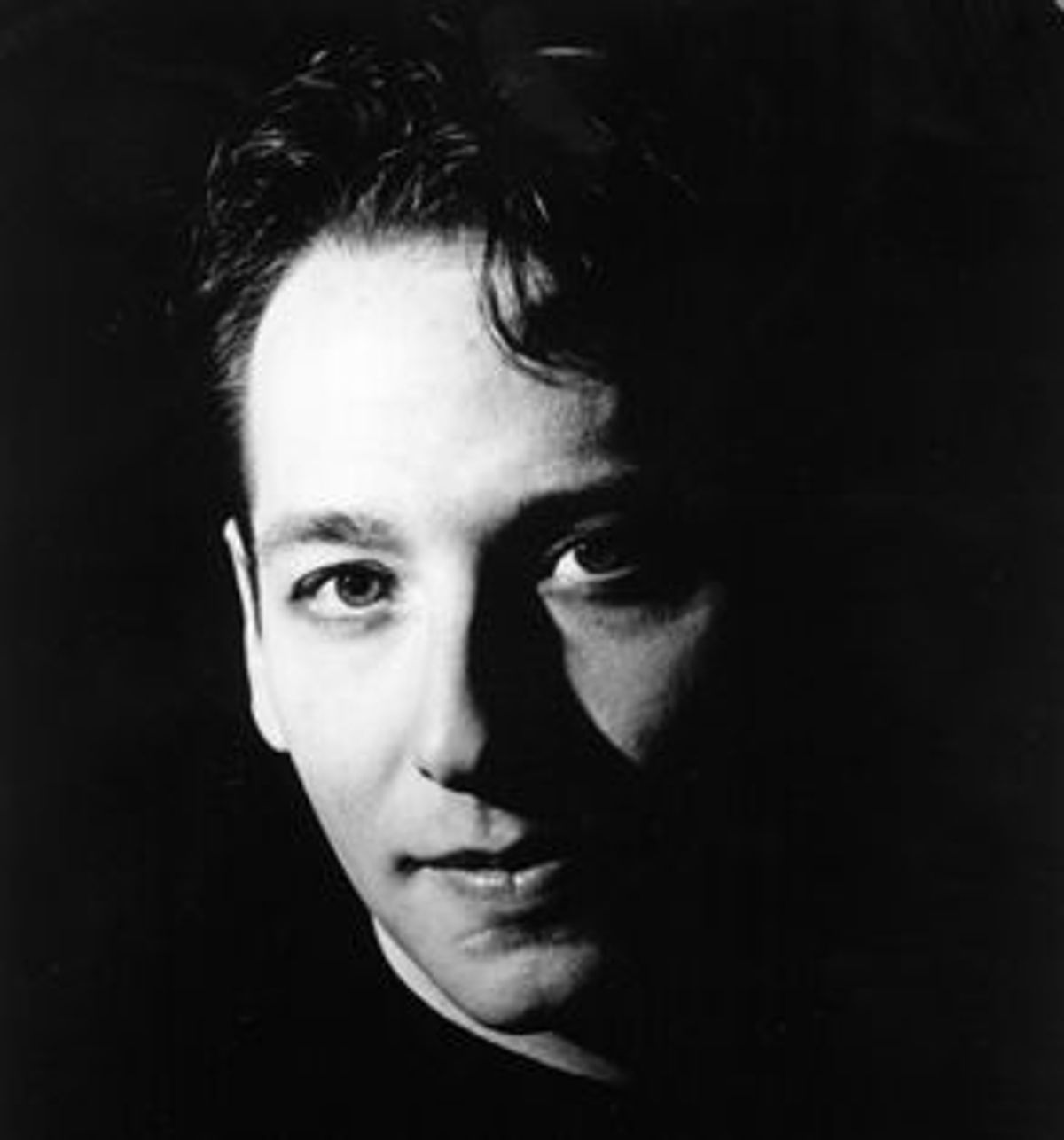 Just a few weeks ago, Stephen King announced that he was self-publishing his latest book as a digital download. For a buck an episode, readers were invited to download "The Plant" from StephenKing.com -- and as of July 31, more than 150,000 had taken him up on his invitation. This came just months after King's previous e-book, "Riding the Bullet," drew more than half a million readers.

Clearly there's some significant public interest in e-books (or, at least, e-books written by bestselling authors fond of blood and gore), and the publishing industry is swiftly stepping up to the plate. Last week, Time Warner announced the lineup of its first digital imprint, iPublish.com, including digital versions of titles from its more popular authors. And over at MightyWords, a site that recently received $20 million in funding from Barnes & Noble, thousands of authors are selling their works directly to their fans.

Not to be left out, publishing juggernaut Random House last week announced its own digital imprint, called AtRandom. AtRandom will boast both fiction and nonfiction titles in e-book and print-on-demand formats from authors such as Elizabeth Wurtzel and Lewis Lapham, as well as quirkier titles such as "The Muppets Take Moscow," which describes the making of a Russian version of "Sesame Street."

At the helm of AtRandom is one New York book editor who knows a thing or two about the digital world: Jonathan Karp, best known in digital circles as the editor of some of the most influential technology books of recent years -- all of Po Bronson's books, Kara Swisher's "AOL.com," Gary Rivlin's "The Plot to Get Bill Gates," plus "eBoys," "Future Perfect" and a host of others. But in a world where King can sell his book straight to readers and reap the profits himself, does the world still need editors and publishers?

Why are you interested in producing an e-book imprint for Random House?

Editorially and creatively, I think there is a real opportunity here to do something that isn't being done anywhere else: long-form narrative nonfiction that is more substantive and goes deeper than anything most magazines are doing right now. Stories that really are developed and satisfying but don't need to be door-stopping tomes. I love working with journalists and storytellers and writers who can develop a story, and this seems like an ideal medium for that.

You're thinking of this as being a forum for writing that hasn't been done before?

It's been done before, but not really distributed. This job could turn out to be like an electronic version of the New Yorker. That's the appeal of it to me.

Random House was established by Bennett Cerf with the express intent of publishing books at random. The list is always going to be eclectic and will always be at the standard Random House has aspired to -- the very finest writers on the most gripping or biggest subjects or, just as possibly, books that appeal to a particular editor.

We think there are several audiences that are most likely to buy e-books. The first audience is obviously the tech-savvy, and on the list you'll see several books about technology and culture -- a psychologist is going to write about the way digital technology is changing the way we think, and Gary Rivlin is writing about Silicon Valley's greatest angel investor, and Henry Alfred is doing a humorous look for the funniest person on the Internet, and Sam Williams is writing about Richard Stallman and the free-software debate.

The second audience is younger readers, 20-something or even younger -- readers who are growing up with the technology and who are completely comfortable with it. They will have no hesistation about reading books in this format if we are publishing books that appeal to them. This "Men Seeking Women" anthology that we're doing about online relationships might appeal to a younger readership.

The third audience is a little tougher to peg, but basically it's what I'd call a highly motivated reader, a person who's obsessed with a subject and checking out search engines and typing things in. It's our hope that our book will pop up and they'll buy it. An example of that is our short contemporary portraits of people like Bjvrk or even Alan Greenspan.

If a book proposal came in to Random House, how would you decide which would be an e-book or a print book?

If it doesn't need to be long, obviously the e-book would be better for it. Anything less than 200 pages.

What was your opinion about Stephen King's decision to go straight to his readers and sell his book "The Plant" for a dollar an episode?

I think it's brilliant. For a major author of King's stature not to try something like that would have been surprising. It's right there for any writer to do and he is the logical person to try it -- because he's so well-known and he's so prolific. He can publish more than any one publisher can handle.

Are large publishers concerned that big-name authors will start circumventing publishing houses completely? If King can do it, why not John Grisham?

First of all, King is anomalous. Sure, John Grisham, Tom Clancy, Danielle Steele -- there are probably four or five others that could do this. But let's not forget that the reason King is getting all this attention is because he is the first. Once the novelty of this wears off you're still going to be facing what Esther Dyson calls the attention economy. If you want to get the attention of readers, you need a good publisher to promote or publicize -- all the things that people at Random House work very hard to do. One author cannot do it all alone.

A few brand-name authors could conceivably make more money than they might without having to carry all that corporate overhead, but the vast majority would benefit from having a publisher behind them.

So you aren't worried about defecting authors?

I understand you are offering author royalty rates of 15 percent for e-books and 7.5 percent for print-on-demand. Yet the idea of e-books is that they save money on distribution and printing, leaving more profits. So why aren't the royalty rates higher? How did you arrive at those numbers?

The rationale is that no one is making any money on this, and the investment in starting it up and establishing the market on this is going to be considerable. Before we go changing all of our terms, we really need to determine what the market is.

Our typical rates are 10 percent to 5,000 copies, 12.5 percent to 10,000 copies sold and 15 percent after that. So we've basically started at the 15 percent for this, which is a gesture of some largess on our part. If this becomes a lucrative medium for publishers and authors, I'm sure that agents will have a very good argument because there will be savings down the line. But right now, no one is making money on this, so the arguments are moot.

In the Wall Street Journal last week, several agents were quoted as being disgruntled about low e-book royalty rates. Have you experienced this too?

How come no one is ever quoted being gruntled? The short answer is every single agent I approached was interested, receptive and positive about this. The agents that have been quoted expressing skepticism haven't talked to me.

Do you feel that there's been growing frustration with New York publishers -- bad editing and fact checking, poor marketing efforts, bad distribution? If so, how does the e-book world address this?

I think that writing is hard, and attracting audiences is hard for everybody. I have published many novelists and felt their agony when their books did not become bestsellers. The reality is, only a few hundred books every year do become bestsellers and the vast majority of those books were written by authors who were previously bestselling authors. Again, it's an attention economy, and it's very hard to get attention to authors, especially when there are 50,000 novels published each year.

I really do believe sincerely, in my marrow, that publishers like Random House are doing the best they can do. It's in our best interest to get our books read as widely as possible. And that's one of the reasons why we started this new imprint -- it's an extension of the Random House program and another way we hope readers will come to books, just like audiobooks and large print books were. It's another opportunity.

What impact do you think e-books will have on the shape of the publishing industry?

Oh gosh, does anybody really know the answer to that question? I don't want to exceed my gas-to-air ratio here.

I really think that, at first, it's going to be an ancillary market. The one way in which it could really become major is if you have immediate distribution on a hot subject -- if some publisher is smart enough to be ahead of the curve on somebody who becomes a national hero, icon or subject of great controversy. I could see that publisher really cleaning up -- e-books on the equivalent of Britney Spears two years from now, millions of smitten teens could be downloading that.

But for the most part I hope we'll be publishing good books for discerning audiences that can get this material faster and more efficiently than they ever could before. That's where the gain is -- speed, efficiency and specificity.

Do you ever worry that the computer or hand-held screen isn't going to prove to be a viable way to read books? That e-books will be a reference but not a reading medium?

I guess one of the key questions is this whole matter of dots per inch. I understand people saying that the resolution on screens will never be as good as what you get with black ink on white paper. Intellectually, I understand that. However, wouldn't it make sense that a kid growing up staring at screens all his life would adapt much more easily than a 40-year-old would? It seems likely to me that people will adapt to this.

Do you think they'll be willing to pay the same amount for it? Will they value digital books in the same way as they do print?

I think ultimately this will become a less expensive way of buying books. It will have to be a mass medium for that to happen. A perfect corollary is the mass-market paperback. If people weren't buying those books in the millions, they never would have been able to price them that low. If people are buying e-books in the millions, it will certainly be less expensive.

Have you ever read an e-book?

I looked at the first Stephen King book, "Riding the Bullet." Beyond that, the ones that came in my HP pocket PC -- the Hans Christian Andersens. I've read a lot online, downloading it onto my Compaq. Have I read anything epiphanous on my various devices? I have not yet had any literary revelations. However, that's why we're doing this. I'm ready: I'm primed to read something great on my pocket PC.