The right-wingers and the Perot loyalists will battle it out all weekend at the Reform Party Convention, but the fight for the $12.6 million prize will likely end up in court. 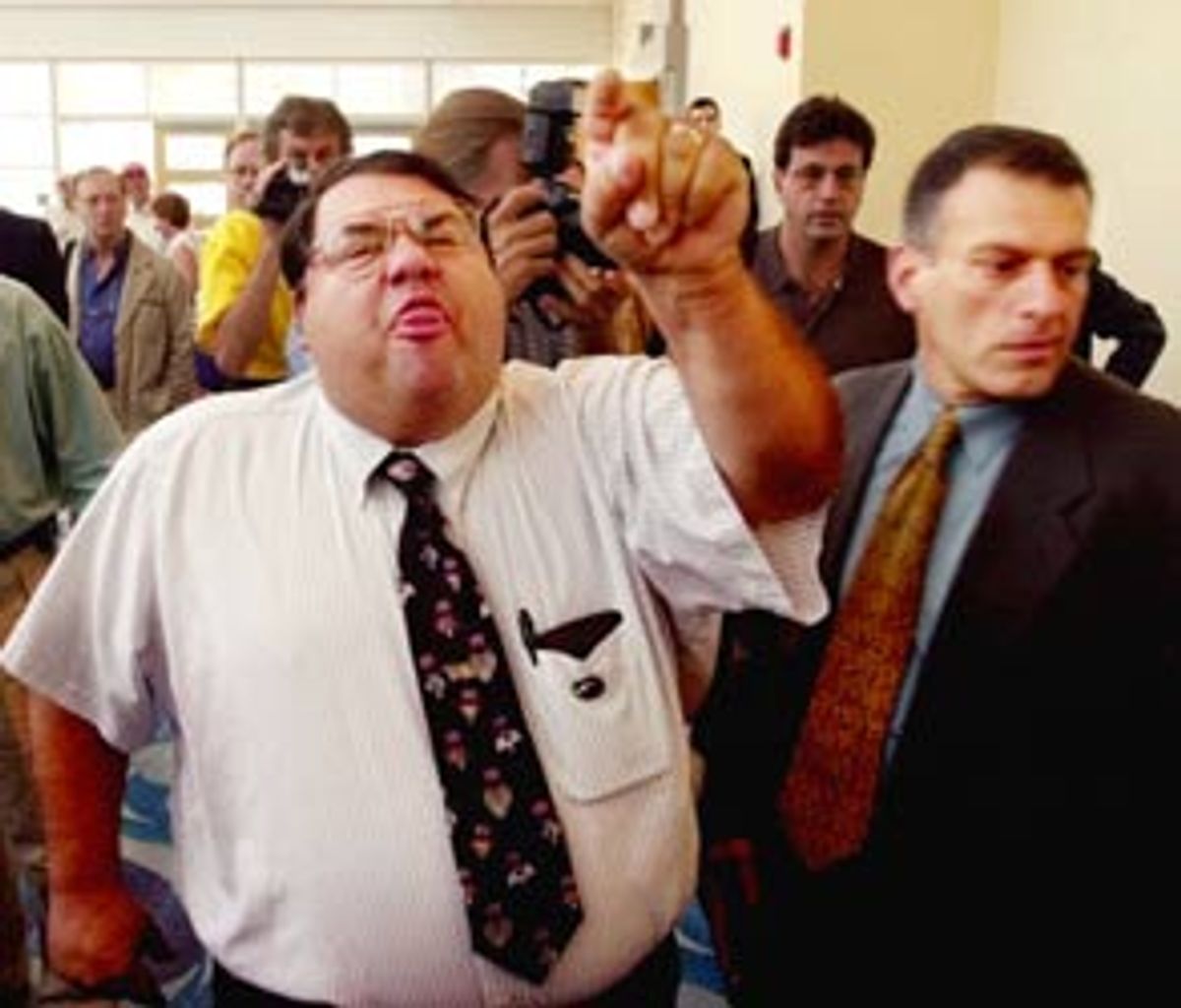 The Reform Party Convention in Long Beach, Calif., this weekend has been cast as a war for the ages. One side is led by a hard-driven, hard-right political pit bull with the temerity and organization to reshape it into a true right-wing party. The other side is a band of political refugees and libertarian ideologues still wrestling with the wake of Ross Perot's megalomaniacal run for the presidency, struggling beyond hope to not be sucked into the vacuum left by his departure.

The battle between Pat Buchanan and old-guard Perot loyalists unified behind physicist John Hagelin has already been a political blood bath. Anyone complaining about the scripted nature of the Republican National Convention in Philadelphia, or holding their noses as the Democrats prepare to descend on Los Angeles, should take a look at Long Beach this week. There have been name calling and yelling fits, lawsuits and intimidation and secret splinter-group meetings.

The party's Perot loyalists have proven they will do whatever it takes to stop Buchanan. And Buchanan, likewise, will do the same to capture the party's nomination. On Tuesday, a fight over credentialing delegates led the anti-Buchanan forces to storm out of the meeting and set up a shadow convention in a nearby hotel. Both groups are claiming they are the real Reform Party, and if the split continues, the dispute may have to be settled by the Federal Elections Commission.

"The FEC will have to decide who is the nominee of the party," Perot ally and former party chairman Russ Verney said Wednesday. "A court will decide custody of the $12.6 million."

The anti-Buchanan forces say they have prepared lawsuits claiming Buchanan committed fraud in the Reform Party's mail-in election, which will determine the nomination. That election is currently underway, and the winner is set to be announced Friday. But according to Reform Party rules, those results can be overturned by a two-thirds majority of the delegates to the convention, which is why Buchanan's forces have focused so intently on credentialing and seating sympathetic delegates. According to their own campaign counts, Buchanan is thought to control close to 70 percent of the delegates in Long Beach.

Though the ending of this saga is not yet written, it appears increasingly likely that Buchanan will walk away with the grand prize and build a bona fide right-wing party in America. Even if Buchanan loses the party's mail-in primary (the results of the vote will be announced Friday), the Buchanan forces seem to have won the credentials challenges to do whatever they damn well please this weekend in Long Beach. Most of his opponents, it now appears, are opting to boycott and hold a convention of their own.

"It's over now," said Buchanan's sister and campaign manager Angela "Bay" Buchanan after yesterday's walkout. "It is Pat Buchanan's nomination. They needed to win in there, and they did not have the numbers. We've won fair and square."

Even Buchanan allies were saying the proceedings would ultimately be decided in the courts, but they remained confident that their side would emerge victorious. "These little tiffs, these disputes, will be behind us by Sunday," Buchanan said. "We will give them and we will give you the fight of our lives."

"I think you'll see, just by yourselves, taking a look at the energy and fire and the numbers here, this nomination belongs to us."

But there were others, like former national press secretary Donna Donovan, a Perot loyalist, who would rather see nobody get the $12.6 million bounty this year. "I think if a lot of us had our way, we'd tell them to keep it on a shelf in the U.S. Treasury for a little longer," she said. "To reward Pat Buchanan by handing him $12.6 million of our money would be an absolute abomination."

When asked if it was possible that nobody in the fractured Reform Party would receive the funds, FEC spokeswoman Sharon Snyder said, "I don't think I'd like to answer that question. I really just don't know." But she added, "We're not just standing there with a check. If somebody wants to claim that money, they have to come in and ask for it. If there are legal questions about whether or not they should be entitled to that money, then the commission will have to consider that."

The Reform Party circus could get even crazier if Perot were to contest the distribution of public money to Buchanan. Vagueness in the FEC code regulating the way government funds are given to third-party candidates could result in a legal battle that would temporarily freeze the $12.6 million, or even allow Perot to end up with the money himself.

One source inside the FEC, who requested anonymity, pointed to a clause in the code that seems to have an "unfortunate ambiguity." The law states that if another candidate from the same party -- say, Buchanan, for instance -- wins the nomination, "the amount to which [that candidate] is entitled under this section shall be reduced by the amount to which the minor party's Presidential candidate in this election is entitled." In short, the source said, in a hypothetical battle for the money between Perot and Buchanan, the law is unclear about whether Perot or Buchanan would get the first crack at the money.

When asked if Perot could just walk in and claim the $12.6 million for himself, the FEC's Snyder said, "I don't even want to go there," adding that the matter would be subject to the legal opinion of the commissioners and their attorneys.

But the threat of legal action will do little to diminish the intensity of the convention this weekend, or the relish with which the media takes in this entertaining, if unfamiliar, political mud-wrestling match. "This is what is so disgusting, it's become a show," Donovan said. "That's unfortunate. People don't understand what's being lost here."