Susan Sontag's beauty and brains made her America's most famous intellectual, but her true self is a mystery. 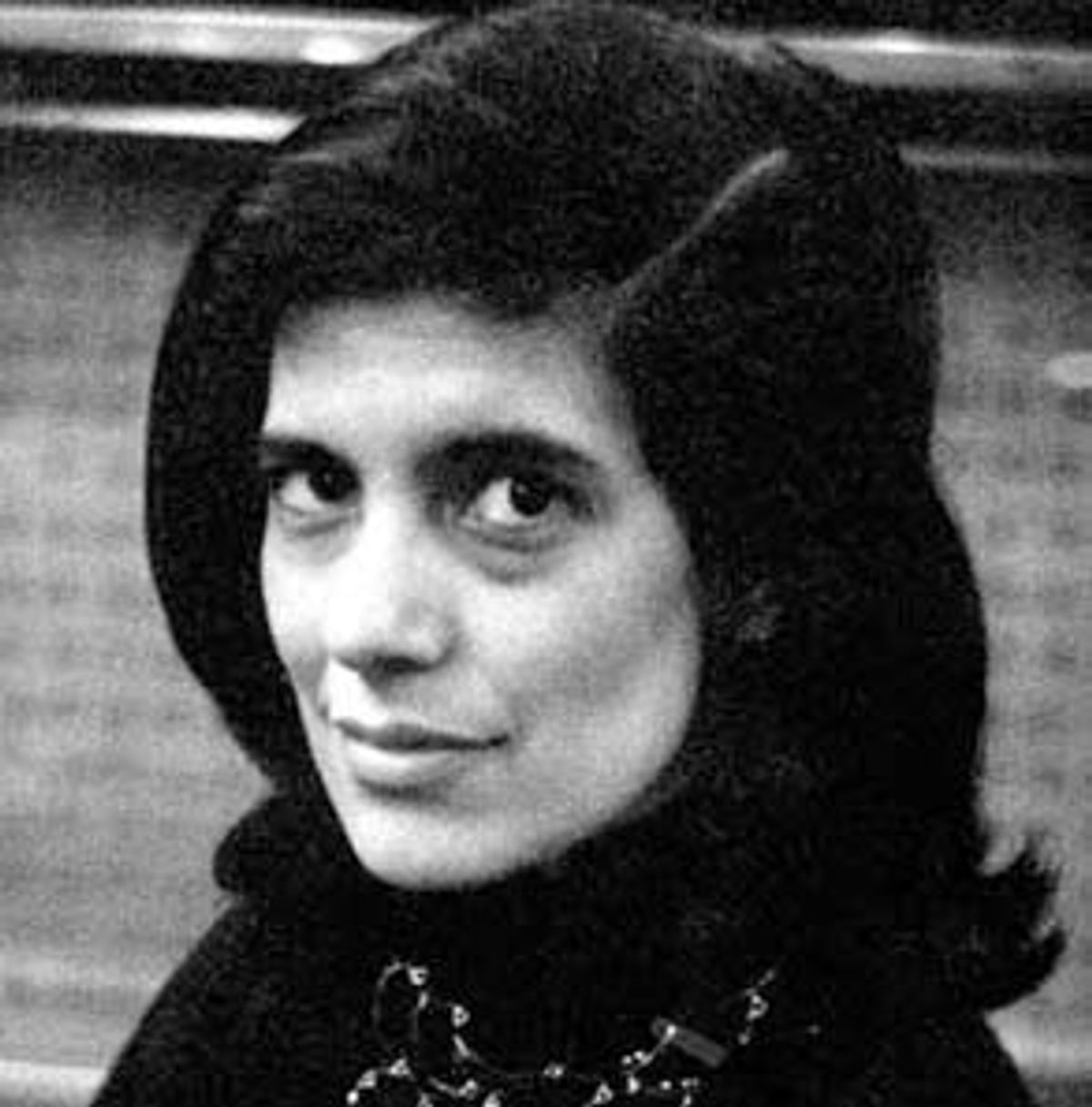 Susan Sontag, through less fault of her own than you might imagine, has been a national celebrity for more than 30 years. The word "celebrity" is subsuming: artist, intellectual, performer, politician -- it matters little which one it is, it's the celebrity part of an identity that carries the weight. It imprisons its bearer in such fantasy that fans and murderers alike approach as though the celebrity in question were an artifact rather than a human being. The book we have in hand is a demonstration of the process at work: a pair of biographers, who more closely resemble paparazzi than writers, fasten on a woman of intellect, driving to ground the images and impressions connected with her, leaving both the woman and the intellectual behind in their pursuit of her fame.

Reading this book I became aware that the unauthorized celebrity bio is indeed a genre and this one, I think, must be a good example of the form. The tone is professionally cool, the writing dominated by the canned sound of "intelligent summary" that emanates from the industry of untalented researchers. Sontag's biographers are not engaged by her ideas, but they catalog them assiduously; they are not unskeptical of how she got where she is, but they admire the success; they insinuate whenever they can, yet they do not sit in judgment. The book neither sympathizes with its subject nor trashes her. A kind of semiruthless, semi-good-natured impersonality prevails throughout. In short, she is simply a timely subject for a pair of pros -- one of them has already done Marilyn Monroe, Lillian Hellman and Norman Mailer -- for whom pedestrian evenhandedness is a signature trait.

Sontag herself is a problematic subject for any biographer (much less one to whom she would not speak). Living as she does in a fishbowl, she long ago put in place a way of being in the world -- cold, arrogant, dramatic-looking -- that evolved, ultimately, into an impenetrable disguise, one that remains, finally, unrevealing. As for her writing, although she became famous as a young woman for her bold '60s essays -- the ones announcing a sea change in the culture -- hers was always the voice of an educated urban intellectual, free of inflection or nuance, in rigorous possession of a traditional intelligence that could research an insight and organize the material prodigiously. But she was from the beginning, and has remained to this day, a formal -- not a personal -- essayist. Even when the impetus for the work is openly derived from her own experience (as in "Illness as Metaphor"), she herself is not there on the page.

This book never penetrates the glazed surface of Sontag's appearance or the formal character of her work. It simply recapitulates the career, paying heavy attention to the time and effort both she and her publisher, Roger Straus, have put into the management of her public persona. As if this is big news, it announces her lesbianism, with no insight into what it has meant to her to love women instead of men; and it gossips about her unconventional relation to her son -- an Israeli writer said, watching them together, "She's not a mother and he's not a son." But however many interviews were conducted with friends and enemies alike, the reader is left knowing that a wall still stands behind which Susan Sontag lurks, undetected and unknown.

Yet a cultural study of intellectual celebrity with Sontag as its emblematic figure would be worth writing because the question of her fame is, I think, a legitimate one. Why has she been so famous for so many years? What does her name stand for in novels and movies and magazine cartoons? What is it about her that compels people like Rollyson and Paddock to proclaim her an icon and a phenomenon? If Sontag were a man would this extraordinary hyperbole be associated with her person or her work? Now there we have a question that answers itself.

Sontag's fame is clearly linked to the fact that she is a woman, and a beautiful one at that. To a middlebrow culture, a beautiful woman who is also an intellectual is an enduring amazement, one as alive in the 20th century as it was in the 18th when Samuel Johnson said, "It's not so much that she does it well as that she does it at all." By which I do not mean that Sontag doesn't do it well -- she does, supremely -- only that her celebrity is inextricably tied to this insufferable deeper truth. A dramatic-looking intellectual woman of her generation was destined to become a dancing dog, that is, a phenomenon, a freak, a creature adored as a magical object.

The woman writer of the previous generation who had occupied this slot -- and it is a slot -- was Mary McCarthy, the original "dark lady of American letters" (a term of description that has been applied to Sontag as well). McCarthy -- bold, beautiful, brilliant -- was, like Sontag, marked both by her brilliance and by an inexplicable sense of entitlement that compelled her to operate (from the start) with astonishing self-assurance at the typewriter and in a roomful of literary fame. It was the two together that got both McCarthy and Sontag anointed as remarkable exceptions -- women whose nerve made them worthy of inordinate recognition. For each of them this special status would prove formative.

Susan Sontag has lived most of her life as the remarkable exception. What has that meant to her? What has it taught her? What did it let her see that she would not otherwise have seen? What has she made of being an exotic, a specimen? What insight has it given her into the meaning of privilege arbitrarily extended, power arbitrarily denied? It's not too often that the remarkable exception speaks openly, with honesty and thoughtfulness. In our time, only a handful have, maybe not even that. Rebecca West, Simone de Beauvoir, who else?

De Beauvoir is an important case in point.. For more than 20 years she'd been Sartre's intellectual companion: knew everyone, went everywhere, published prodigiously, considered herself free, equal, independent and inside. Then she set out to explain Sartre's theory of existentialism, using herself to show how it worked, and discovered that she herself was "other." She was not central to the action, she was there on sufferance; she was only a woman. Out of this discovery came "The Second Sex."

I would like to see a biography of Sontag -- or a memoir, for that matter -- with her status as the remarkable exception at the vital center. I'd like to see that status organize the prose, form the perspective from which all else is interpreted. This, I think, is the true value of Sontag's life: the exemplary experience, the thing that makes writing about her of interest.

Vivan Gornick is a writer who lives in New York. Her most recent book of essays, "The End of the Novel of Love," is published by Beacon Press.