Vanity Fair celebrates Itness, but why? In the grand capitalist scheme of things, an It Girl is a hood ornament. 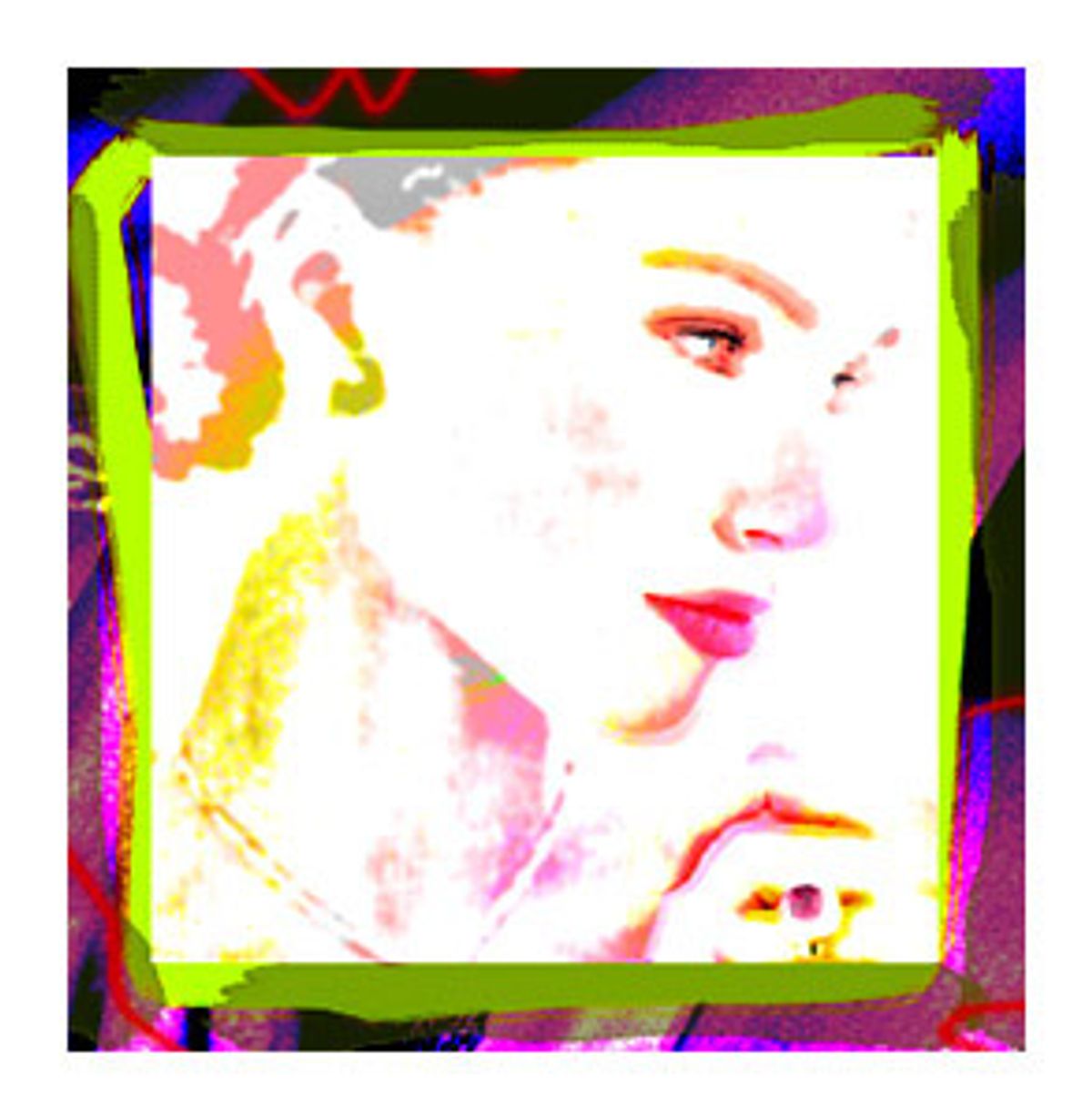 She's been plaguing you for a while, hasn't she?

You can't pick up a magazine lately without coming across another toad-licking hosanna to her "packed schedule," her "individual" style, her three closets, her impossibly glamorous job and her "deeply spiritual" core. Did you know she's rich beyond all comprehension? Did you know her parents were best friends with/lived next door to/toured with God Almighty Himself? He's so sweet. That's how she got her first part in a movie/board membership/column in Vogue! She's not saying her parents' connections didn't help. She's just saying she always knew she had it in her.

Who is this ravishing Prada-clad creature who has descended, shiny and whirring, clacking like a ravenous, scissor-legged locust onto the pages of every glossy, perfumed publication this side of Condi Nast? And why are we supposed to care? Vanity Fair can explain. The magazine's September issue is dedicated almost entirely to this decade's girly-fetish: the It Girl.

Coincidentally, the It Girl's most important characteristic seems to be her affililiation with Condi Nast. Among VF's "Its" are two Vogue contributors (Plum Sykes, Marina Rust), the daughter of a VF contributing editor (Patricia Herrera), and VF's own fashion director (Elizabeth Salzman) and associate fashion editor (Patricia Herrera). Furthermore, as an eagle-eyed friend of mine pointed out, the full-page glamour shot of Vogue writer and Marshall Field scion Marina Rust was preceded by a 15-page Marshall Fields ad, a store that neither my friend nor I ever remembered seeing advertised in VF before.

Though the occasional girl rapper/Olympic swimmer/civil rights lawyer is sometimes tossed into the mix to make big-time magazine editors look democratic and inclusive, it seems the types of magazines that compile "It lists" have been neglecting disposable starlets in favor of power brats lately. The cool-girl-of-the-moment is once again, as she was at the turn of the last century, the "celebutante": A superstar heiress, a "scandalous" party girl. Thanks to her father's proclivity for trophy wives/models and her mother's ironclad discipline/anorexic example, she is a personally trained beauty. And for a few years now she has been evicting from your consciousness the gutter icons more popular in contracting economies.

(Five, to be precise, since around the time of the demise of the Riot Grrrl and the big market boom.)

"It," which was first used to circumspectly define the uninhibited sexiness of silent movie star Clara Bow, has now become shorthand for an "indescribable melange" of qualities, in the words of VF contributor Evgenia Peretz. But it's really not that hard of a "melange" to describe: It's just kind of ugly when you deconstruct it. Women who used their power, money and name recognition to stretch the boundaries of acceptable female behavior were revolutionary once. Women who use the despotic nepotism of the privileged classes to feed their voracious entitlement, self-obsession and exhibitionism are tools. Women who read more than one article about Aerin Lauder are suckers.

What ever happened to the Riot Grrrl "revolution," anyway? Whatever happened to using fame as a platform to talk about social ills? The same thing that happens every time a few people get flush with money and everybody else becomes lost in the fantasy that they will soon join their ranks. The current obsession with dilettante debutantes just confirms that, in the grand capitalist scheme of things, a Riot Grrrl is nothing but a lagging market indicator (it's cool to rail against money when nobody has any); the media is rarely anything more than a pliable and willing collaborator; and an It Girl is a hood ornament.

Of course, as the country's main purveyor of fabulousness, VF can have its It and eat it, too. The magazine acknowledges the "silliness" of girls who "achieve status by doing nothing in particular" while running around with its snout up their skirts month after month. The advertisers of luxury goods that fill the glossy pages leading up to these fawning profiles (not to mention the pages of the New York Times), on the other hand, don't find them silly at all. As a disdainful acquaintance of the depraved underage hotel heiresses, Paris and Nicky Hilton, notes in "Hip-Hop Debs," a subtly horrified profile (accompanied by a photo spread showcasing Paris' 19-year-old nipples), their job is to be in the right places and the right publications in the right clothes. There's a reason designers loved |ber-It Girl Babe Paley, and her posture wasn't it.

And in that same issue of VF, why is Gwyneth Paltrow all dressed up as if she's about to star in a remake of "The Garden of the Finzi-Continis"? Because Prada, It couture house par excellence (among many other luxury labels), has been hawking the well-bred "I was an aristocrat in 1930s Italy" look for at least two seasons now. The It Girl is demure, ladylike, manicured and coifed. What more adorable way to promote the friendly face of fascism?

"Ever notice, that every ingenue mentioned in the tabloids is an It Girl?" groused a December 1999 Harper's Bazaar, before going on to profile four ingenue starlets (Brittany Murphy, Clea DuVall, Natasha Lyonne and Marley Shelton). This was by way of introduction to its list of women who "set the tone and the trends for 2000, just like Alice Roosevelt Longworth did in the 1900s, when she fired a pistol in the middle of a party and made headlines around the world." Bazaar's list topper was Princess Alexandra Von Furstenberg.

Alice Roosevelt Longworth, Theodore Roosevelt's eldest daughter, was a high-profile debutante during the Gilded Age, a darling of the press who had a pillow embroidered with the inscription "If you can't say something good about someone, sit right here by me." She campaigned against her cousin Franklin and her cruel imitation of hard-working, un-fabulous Eleanor was a favorite Republican party trick.

Princess Alexandra Von Furstenberg, the publicity hungriest of the three blond Miller sisters (duty-free heiresses who rose to fame upon marrying a gazillionaire, a prince and a gazillionaire prince practically on the same day), "helped relaunch mother-in-law Diane Von Furstenberg's signature wrap dress" and confesses to being "a shopaholic."

If there ever was such a thing as a Riot Grrrl revolution -- that is, if it ever meant anything beyond selling records and green nail polish -- then it was officially suppressed the day a surgically altered Courtney Love posed in Versace for VF, in a dress that would have made Eva Braun drool. But the sudden ubiquity of the "celebutante" has always been a harbinger of bad things, as any former flapper could tell you. Like other high-priced luxury items (including Gucci, Ralph Lauren and Chanel), It Girls become annoyingly visible during boom years, only to scurry back into hiding when the market collapses or the war breaks out.

Because if an It Girl knows anything it's that nobody likes an heiress during a recession, and you can't have a revolution without Marie Antoinette.